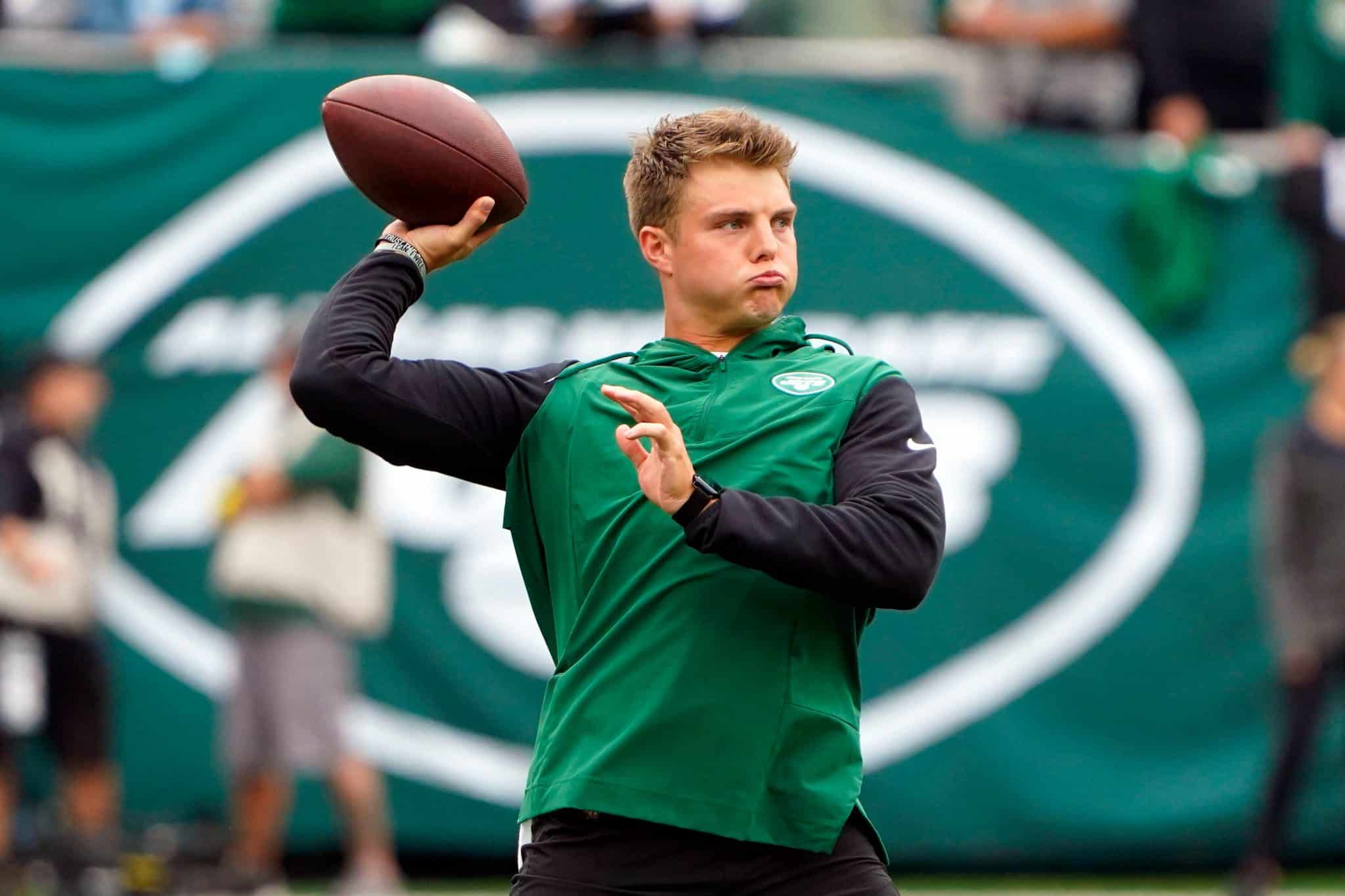 It’s official, folks — the Joe Flacco experience with the Jets is over. At least, that’s what everyone is hoping for right now. Head coach Robert Saleh announced on Wednesday that second-year quarterback Zach Wilson has been medically cleared to play this week.

If everything goes well during practice, he will be starting under center for New York on Sunday in Pittsburgh against the Steelers. Here’s more of what Saleh had to say about the return of his young QB:

Coach Saleh on the return of QB Zach Wilson to the lineup. pic.twitter.com/t650s5CywV

This is a welcome sight for the Jets, who experienced inconsistent results with Flacco in charge of the offense. He threw for four touchdowns in an incredible Week 2 against the Browns, but the veteran didn’t perform very well in front of the home fans at MetLife Stadium.

In the two losses, Flacco attempted more than 100 passes, but the Jets combined to score just 21 points during this time.

Wilson getting back on the field will bring a level of unfamiliarity for head coach Mike Tomlin and his Steelers, mostly because the signal-caller can move around better than Flacco:

Mike Tomlin on the #Jets, "We know they have some QB questions. We're familiar with Joe (Flacco) and he's familiar with us…From a Zach Wilson perspective, we haven't been in the stadium with him so there are some unknowns." Mentions Zach's mobility as a concern.

As New York heads to Pittsburgh with a 1-2 record, people are already fed up with the coaching staff. So, the pressure is on Wilson to show everyone something. Can he be the savior of the Jets’ season and show progress toward being the long-term solution at quarterback? The potential is there, but he needs to put up some results for others to believe it’s a possibility. That starts on Sunday in Pittsburgh.

More on ESNY:
• One thing for Mets’ Jacob deGrom to consider before next start
• Brian Daboll: Giants’ Daniel Jones ‘competed his tail off’ vs. Cowboys
• Marlins trying to recruit Mets fans to fill up loanDepot park
• Nobody is more upset about the Giants’ Week 3 loss than this guy
• WATCH: Michael Kay roasts Vladimir Guerrero Jr. after Yankees’ clinching win