New users who register for Caesars in New York get a $1,500 risk-free bet bonus here:

Signing up for a Caesars Sportsbook NY account is a painless and worthwhile experience.

Caesars Sportsbook is one of four New York sportsbooks to enter the NY online sports betting app thanks to it having already passed regulatory requirements.

The Emperor has officially arrived in New York, and his sports betting app is ESNY’s preferred sportsbook choice.

The path that took us to this stage of the game could be described as a long and winding one.

The story of Caesars NY is a long one. Although the sportsbook is now live in the already successful NY sports betting market, it took some time to get here.

Caesars Entertainment’s acquisition of William Hill PLC in April 2021 brought with it one of the most impressive rebranding efforts ever seen in the legal online sports betting industry. The previous iteration of the Caesars Sportsbook app was wiped away, while many impressive elements of the William Hill Sportsbook app were repurposed, creating a top-tier legal online sports betting app that has gained a ton of traction.

In the months that followed the acquisition of William Hill PLC, Caesars Sportsbook unleashed an incredible media blitz featuring comedian JB Smoove touting the latest promos from the revamped sportsbook. The new user promos that have been made available have varied in structure, yet helped the sportsbook gain significant market share.

Initially launching with a $5,000 risk-free first bet, adding on a free NFL jersey offer, and then offering a $1,001 free-bet match, Caesars Sportsbook’s offerings have been unique and ultimately enticing to bettors in a number of states. At one point, Caesars NY offered a $1,500 deposit match ($50 minimum bet), and then a first-bet insurance bonus up to $1,100. Now, new users can take advantage of a tremendous $1,500 risk-free bet offer.

Previously, the most realistic go-live projection for New York had always targeted Super Bowl 56 (sometime in mid-January). On Dec. 23, Sen. Joseph P. Addabbo Jr. told ESNY that NY online sports betting will most likely launch in the second or third week of January.

“I’m still optimistic,  and it’s very credible that we can start before the NFL playoff season. In my opinion, I think we can start in the second or third week of January, which is great because it will allow us to work out all the glitches and kinks before the Super Bowl rush,” Addabbo Jr. told ESNY.

It turned out that New York sports gamblers didn’t have to wait as long as previously anticipated.

On Monday, Nov. 8, 2021, the state made one of its most substantial NY online sports betting decisions to date, when it decided on which sportsbooks would have the chance to enter the market upon initial launch:

As of this moment, six sportsbook apps, including Caesars NY, are currently live.

Caesars NY Sportsbook offers some of the best promotions in the sports betting business.

This new user promo represents a rare opportunity to earn a sportsbook bonus, win or lose. New users who register for a Caesars Sportsbook NY account are eligible for a risk-free bet of up to $1,500.

This way, even if your first bet loses, Caesars NY has you covered. 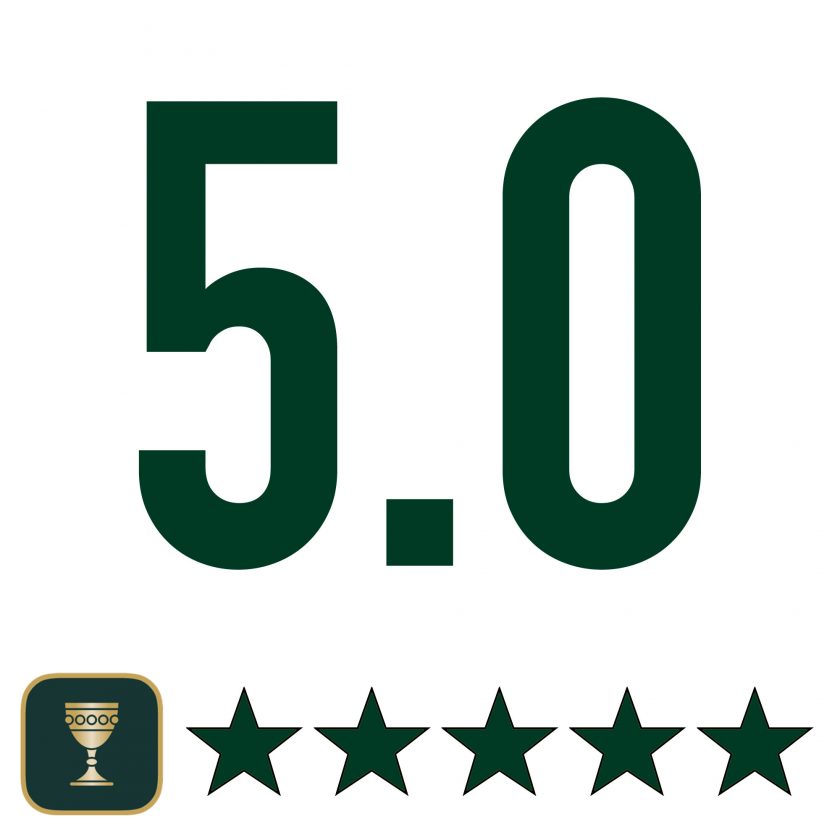 This offer is unique in that it followed a plethora of unique Caesars’ new-user promos that whet the whistles of all online sports gamblers. Among the bonuses Caesars has dished out includes an incredible $5,000 risk-free bet, $3,300 in bonuses ($300 free bet and $3,000 deposit match), and a tasty $1,500 deposit match.

Now that the NY online sports betting market has exploded, Caesars is offering yet another new-user promo, a $1,500 risk-free bet bonus.

In another level of added value, bettors who sign up with Caesars Sportsbook NY can opt to enroll in the Caesars Rewards program. This program gives bettors the chance to earn rewards points toward benefits at nearly 40 Caesars Rewards casinos and resorts around the world.

In fact, bettors can earn one online reward credit for every $5 of potential profit on sports bets placed with Caesars Sportsbook NY.

Right away, users are treated to an aesthetically-pleasing app, with the green and gold that adorns Caesars Sportsbook’s TV and internet ads. The user interface is sleek and clean, giving bettors an excellent visual experience before even placing a bet.

As such, the Caesars Sportsbook NY app is an immediate contender among the best offerings in New York online sports betting.

Navigating between the app’s various sections is a smooth process, letting players jump from a lengthy list of daily odds boosts to live, in-game betting options with no lag or delay. The landing page has additional daily promotions that pop off the page and clearly communicate the date, time, original odds, and boosted odds being offered.

As many online sports bettors have likely learned through trial and error with other sportsbook apps that all that glitters is not gold. While some industry competitors sport flashy apps with lag and timeout issues, the same cannot be said for the sensational Caesars Sportsbook NY app.

This is a legal online sportsbook app that maintains snappy navigation throughout its various sections and game offerings. At no point in our testing did the app show any signs of lagging or timing out. 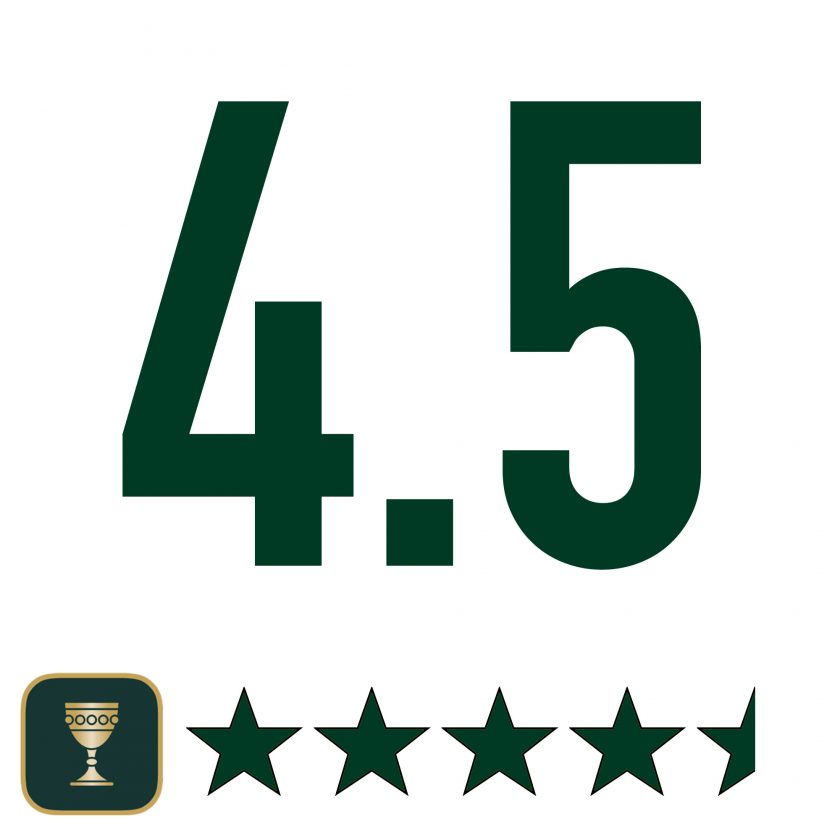 Caesars is the official partner of the NFL, and some of its odds are the best in the business.

When it comes to game offerings, Caesars Sportsbook NY has more than enough for bettors to take advantage of. Bettors can get in on domestic and international action in a variety of sports, including auto racing, baseball, basketball, boxing, cycling, darts, football, golf, hockey, rugby league, rugby union, snooker, soccer, tennis, and UFC/MMA.

Factoring in the wide array of in-game betting options, futures bets, and pre-game team, game, and player props, Caesars Sportsbook features a great variety of action. The additional layer of promos and odds boosts on a number of leagues elevates Caesars Sportsbook NY to the top tier of legal online sportsbooks.

The sportsbook registration asks for basic personal information, including a bettor’s full name, date of birth, residential address, and an email address to set up an online account.

Bettors can make a deposit to the Caesars Sportsbook NY app by using any of their safe funding methods, including:

It is also expected that Caesars Sportsbook NY will look to add an in-person deposit option in the future.

Although there aren’t quite as many withdrawal options available, there are still enough ways for users to comfortably withdraw funds from their accounts. These options include:

Keep in mind that there is a $20 minimum and $5,000 maximum withdrawal limit per transaction. 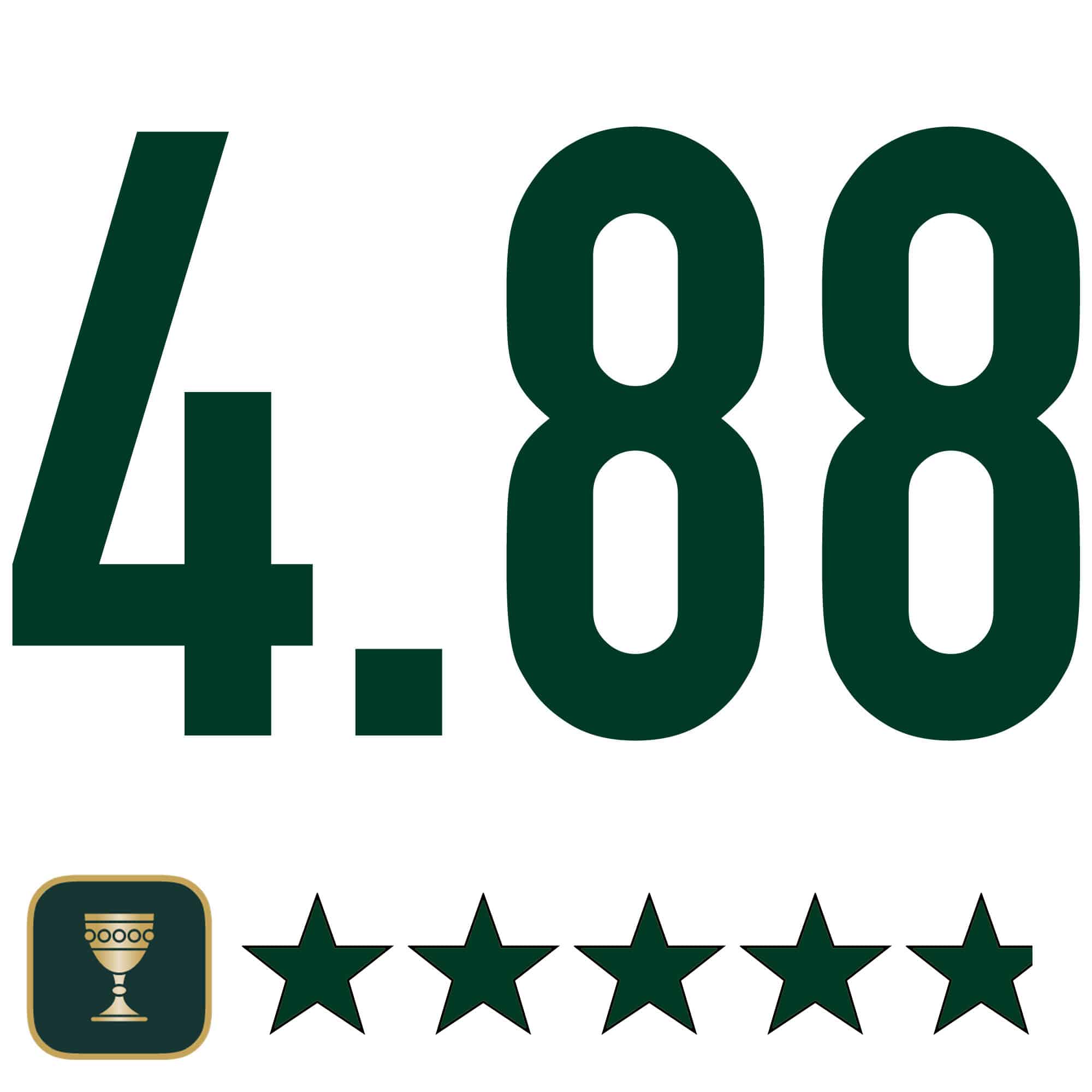 Caesars NY Sportsbook is live in the Empire State and it’s already paying off in a big way.

The rebranding and revamping efforts for their sportsbook app have paid huge dividends in other states where the app is available and has done so in New York as well.

The strong foothold they’ve earned in other markets has brought immediate legitimacy to the Caesars Sportsbook brand, while the massive ad buys made for TV, radio, and internet space will give the app instant name recognition.

The Caesars Rewards member program is yet another critical element of the Caesars brand, giving bettors the chance to earn rewards points toward stays at resorts and casinos owned by the greater Caesars brand.

As such, betting on sports with the Caesars Sportsbook NY could result in both real-money winnings on sports bets, but also rewards bonuses to be used at affiliated resorts.

ESNY cannot say enough good things about the Caesars NY Mobile Sportsbook App, as it ranks at the top of the list with a 4.88 review rating. 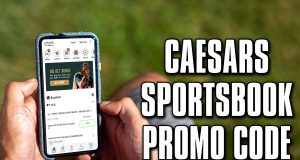 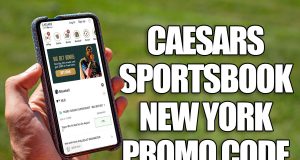 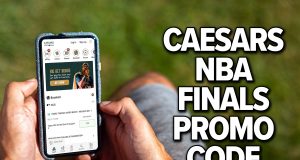 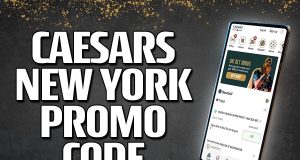 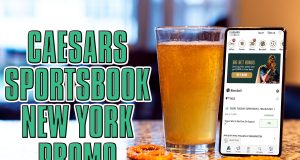 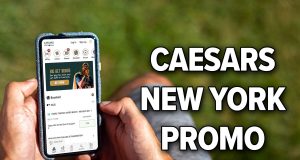 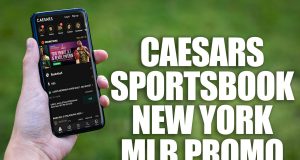 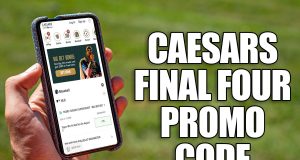 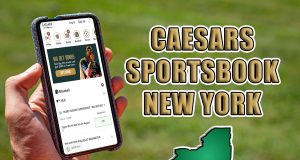 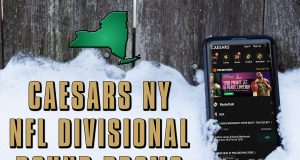 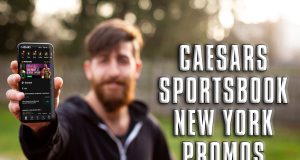 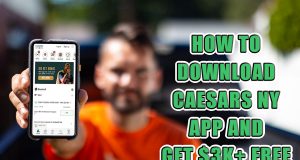 How to Download Caesars New York App, Get $3K+ Free

Caesars Palace opened in Nevada way back in 1966, establishing what would become one of the most iconic brands in sports betting and casino gaming. Caesars Sportsbook originally launched in Nevada on Sept. 5, 2017, which coincided with a soft launch of the sportsbook app.

That expansion moved eastward in 2018, starting with a launch in New Jersey on September 6, 2018. This gave Caesars Sportsbook a presence on the East Coast, mere weeks after legal online sports betting went live in the Garden State.

The National Football League and Caesars Entertainment have an official partnership that made Caesars the league’s official casino sponsor, as well as one of the three official sports betting sponsors for the league.

Under the terms of this agreement, Caesars is able to create tentpole activation events at the 2022 NFL Pro Bowl and 2022 NFL draft. Caesars can also integrate sports betting content into NFL.com and the official NFL app.

Given the importance of the Caesars Entertainment brand, including the resorts and casino business, the company can use NFL trademarks in marketing across their casino properties and on-site entertainment.

Caesars Entertainment has partnered with the New York Knicks, New York Rangers and MSG Networks as the exclusive sportsbook.

Does Caesars Sportsbook Have a Mobile App?

Is Caesars Sportsbook Currently Legal and Available in New York?

Does Caesars Have a Physical Sportsbook in NY?

When Will Caesars Sportsbook Launch in New York?