bet365 Sportsbook NY App, News, Review: When Will It Launch?

While the wait for legal NY online sports betting continues, it’s coming, and ESNY has you covered from every Bet365 Sportsbook New York news angle.

You have surely seen the commercial. Every New York sports fan, especially those who regularly watch MSG Networks, has seen Bet365’s push into the market. Jesse Pinkman, otherwise known as Aaron Paul in reality, firmly believes that Bet365 is “America’s Favorite Sportsbook.”

Bet365 figures to be a major sportsbook player in New York when legal NY online sports betting finally gets the green light from state politicians.

Bet365’s layout is a fresh one that deserves the sports gambler’s attention. Led by its green and yellow feel (hello, Oregon Ducks), Bet365 is making a serious push in New York. 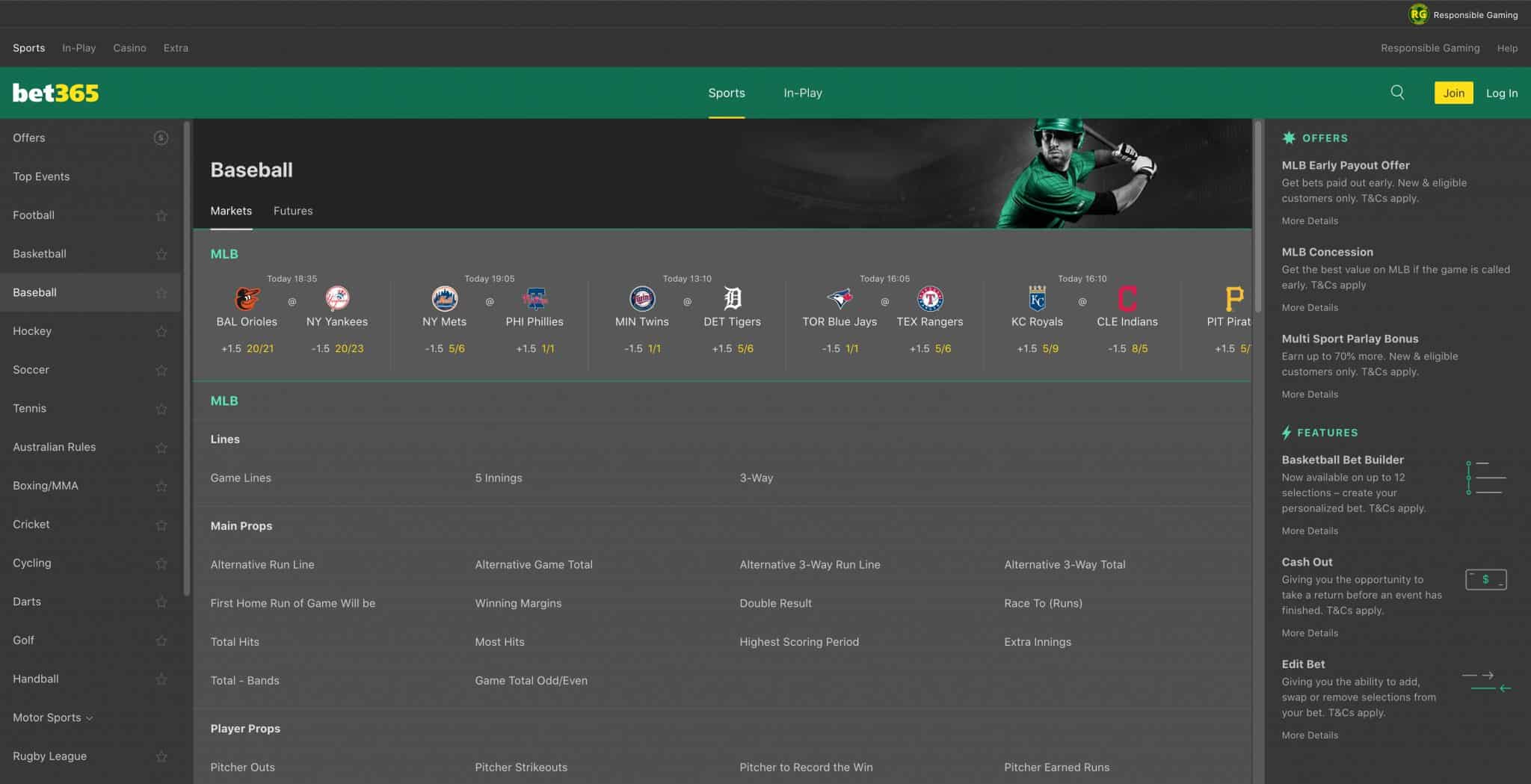 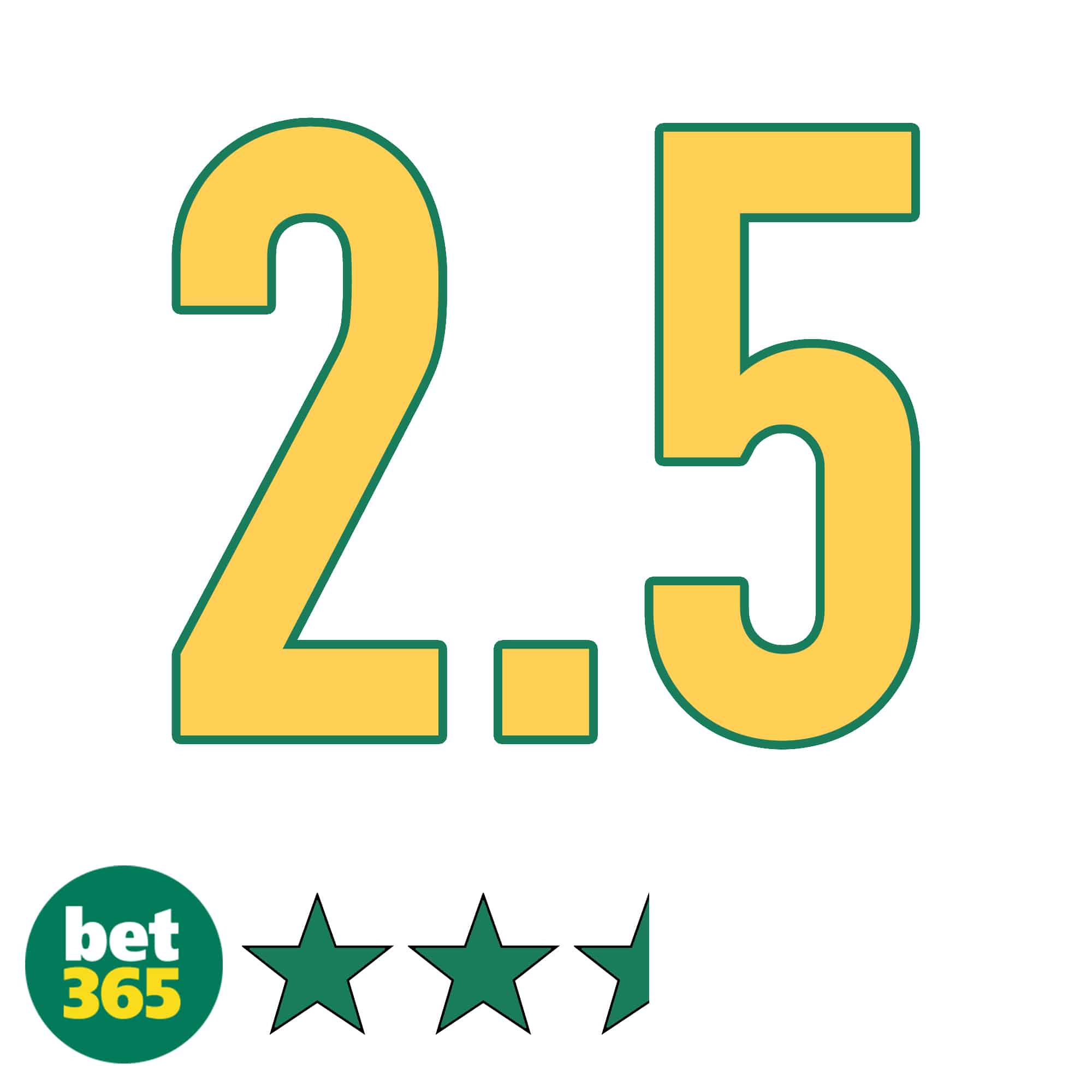 Bet365’s introductory promos don’t compare well to the other industry big boys. Right now, a new Bet365 sports gambler can take advantage of up to $500 in bet credits.

Rather than an aggressive new-bettor strategy, Bet365 is making up for it with unique features and attractive pricing. 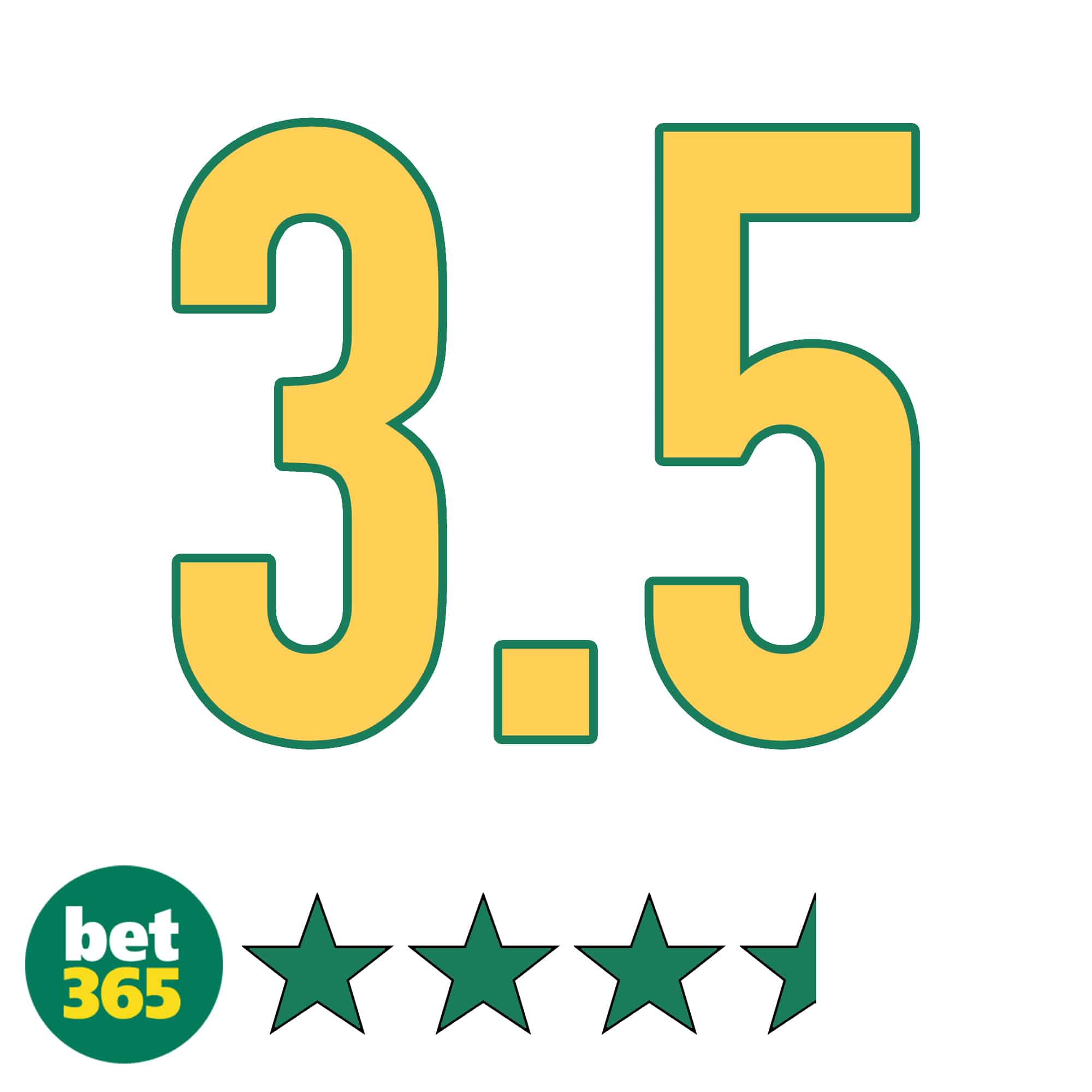 There are no ads, pictures or fancy bells and whistles. Instead, Bet365 relies on a clean look that was constructed for reliability.

Bet365’s mobile app is also clean and easy to use, and is available on the App Store as well as Google Play.

While Bet365 falls a little short in the initial promo area, its odds stack up decently well.

Bet365 has been extremely competitive when compared to other sportsbooks. The platform ranks near the bottom of the list in hold for a variety of different sports. (Ranking near the bottom is a good thing in this regard.)

Bet365’s hold is around 4%, which is great for sports bettors. The industry average falls in the 4-4.5% range, while some sportsbooks creep up to the 5% area. 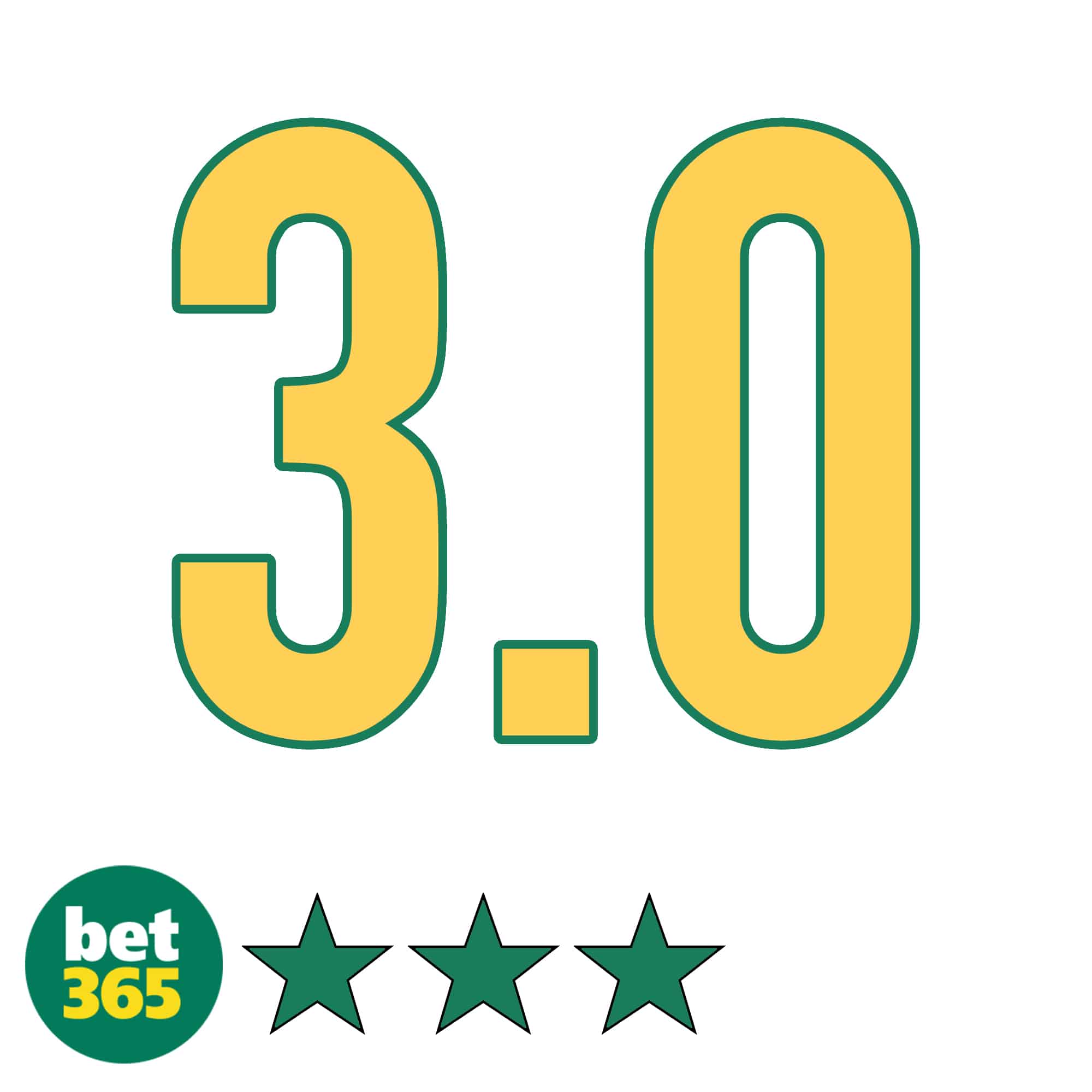 Bet365 is a trusted and regulated U.S. sportsbook, which means your personal information is safe and secure.

It’s extremely easy to register, deposit and cash out at Bet365. It accepts Visa and Mastercard, in addition to the standard deposit methods (bank account, e-check, etc.). 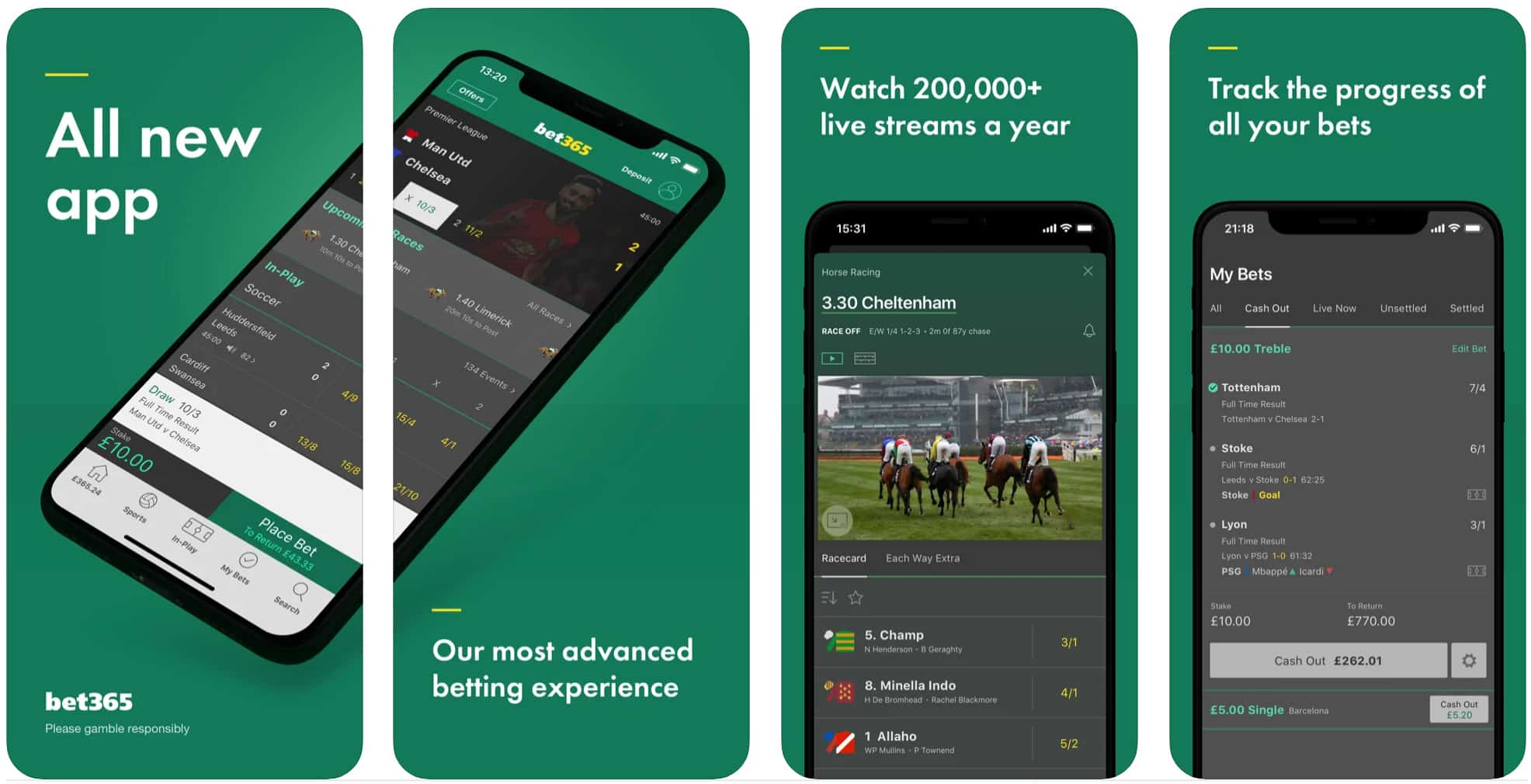 Bet365 does a good job offering early payouts. It varies based on the situation, but the online sports bettor can cash out early if the lead/certainty is great enough to warrant it. It’s just another feature that allows the sports gambler as much control as possible. Cash-out early and take the cash or let it ride?

Bet365’s odds update in real-time. So, if you miss your shot to wager prior to the contest, you can still get in on the action once it’s live.

Get in on the baseball action with Bet365’s player futures below.

How We Got Here

New York isn’t there quite yet. While sports betting is legal in the state, the wait for the online and mobile app end of things continues despite several states launching online wagering platforms in the wake of the U.S. Supreme Court’s 2018 decision to repeal the nationwide sports betting ban.

July 2019 marked the first time New Yorkers could legally wager on sports (brick-and-mortar locations only). Rivers Sportsbook in Schenectady, the first place in New York state where it legally opened up for sporting events, opened on July 16.

Naturally, politicians were the first to place a sports bet. Gary Pretlow, chair of the state Assembly racing and wagering committee, placed a bet on the Seattle Mariners. Schenectady Mayor Gary McCarthy put his faith in the Boston Red Sox.

The conversation surrounding opening it up for online use is as heavy as ever, with Governor Andrew Cuomo taking center stage.

Can You Play Parlays on Bet365?

Yes, Bet365 has pre-made parlays. The sports bettor can add multiple bets to his or her bet slip in a customizable fashion.

Can I Play Bet365 New Jersey as a New York Resident?

Yes, Bet365 New Jersey is available, and the sports gambler does not have to be a New Jersey resident. You must physically be in New Jersey and connected to Wifi to make a bet.

Does Bet365 Have an Online Casino?

Yes, Bet365 has an online casino with everything the veteran bettor would expect from a physical casino. Nonetheless, online casinos still aren't legal in New York.

What Are the Deposit Methods on Bet365?

Does Bet365 Have a Physical Sportsbook in New York?

Getting Started With Bet365

Getting started with Bet365 in New York is a tricky proposition. As of right now, only New Jersey residents can get in on the online action. Click here to get started by taking advantage of Bet365’s initial promo.