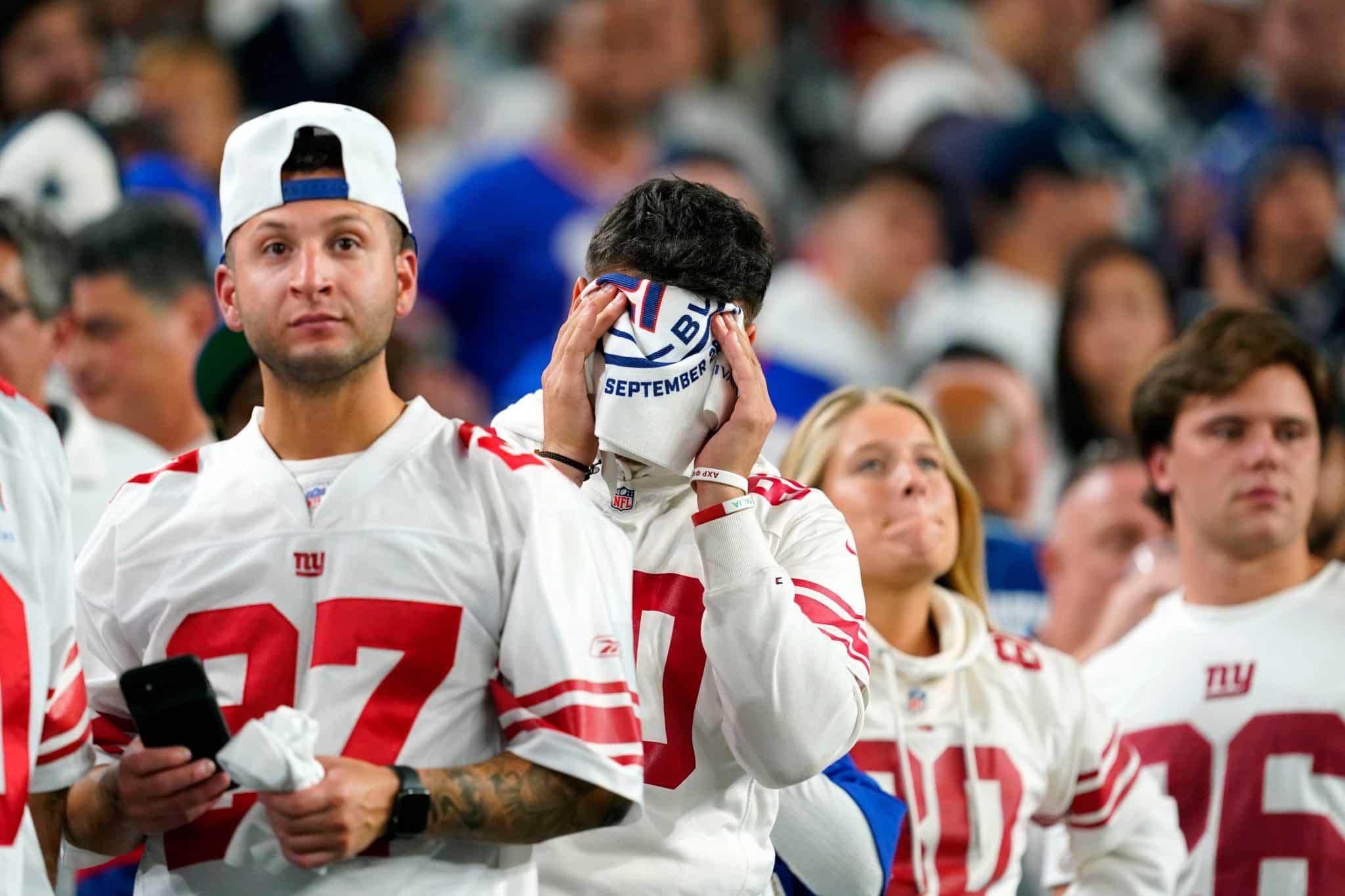 The Giants played far from perfect football over the first two weeks of the 2022 NFL regular season. What mattered most, though, was that Brian Daboll’s club won both contests ahead of a Week 3 showdown with the Dallas Cowboys. The Monday Night Football matchup was Daboll’s first primetime appearance as a head coach, and it didn’t go how he likely envisioned it would.

The offensive line struggled to protect Daniel Jones and Sterling Shepard is likely lost for the season as New York dropped to 2-1 following a 23-16 defeat. In anticipation of this game, the Giants urged fans to “white out” MetLife Stadium as the players wore their white color rush jerseys.

Coming in to support an undefeated Giants team is something fans haven’t had the opportunity to do for quite a while. As you can imagine, people were excited for this game to get started. So excited, in fact, that one person even spent a good portion of their coveted tailgating time to completely paint their head and face to resemble a Giants helmet:

The look on this guy’s face says so much. It screams, “I can’t believe I wasted my time to do this, just to watch the Giants lose and become the next internet meme.”

I will say, though, I applaud him for this effort — it’s something I’d never do for pretty much anything. However, the detail of the red line and the “NY” logo was perfect. Someone must’ve helped him get this done, so props to them, too.

This is also a telling sign for the Giants’ fan base moving forward. Is 2022 still a rebuilding year as Daboll and general manager Joe Schoen start implementing changes? Yes, absolutely. But New York is looking like an actual football team again, and fans are excited about it.

Let’s just hope that the next time this dude — or anyone else, for that matter — takes the time to do this, they’re rewarded with a victory.