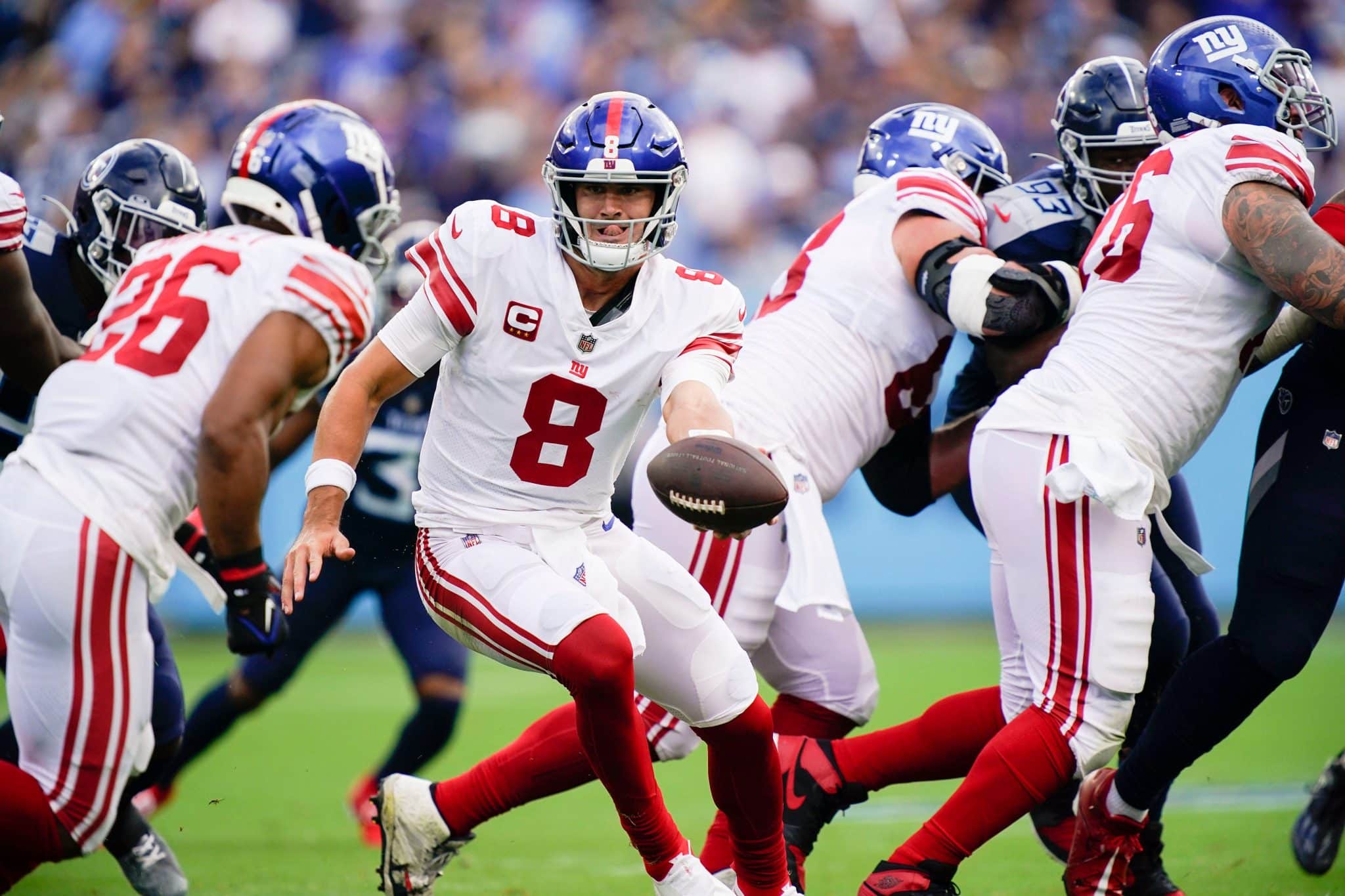 The first half of Brian Daboll’s head coaching debut with the Giants didn’t go well. After re-grouping in the locker room at halftime, things got much better for New York. So much better, in fact, that the Giants and quarterback Daniel Jones left Nashville with the organization’s first 1-0 start since 2016.

Outside of the missed field goal as time expired that secured the victory, it was about big plays and gutsy calls. Saquon Barkley and Sterling Shepard helped the Giants get back into the game with a couple of quick third-quarter scores. But instead of playing for the tie late in the fourth quarter, Daboll decided to go for the win. His decision paid off handsomely.

Before Daboll and the Giants even had the luxury of making this call, though, they had to get in that position. With 5:27 left on the clock while looking at a 20-13 deficit, New York went on a 13-play, 73-yard drive to take the lead.

A lot of the work went to Barkley, who racked up 44 of his 164 rushing yards on this drive. With such a heavy reliance on the Giants’ running back, it was easy to think New York would go right back to him on fourth-and-one on Tennessee’s 17-yard line.

So, naturally, Jones kept the ball and got the first down:

Running the ball himself was something Jones did a total of six times in Week 1, totaling 25 yards. He also completed 17-of-21 passes for 188 yards, two touchdowns, and one interception. While all the plays he made were crucial to the Giants’ win, it was the above play call and the execution of it that was key to New York actually walking away with a victory.

It was interesting to see how fooled Tennessee was, too. The vast majority of the defense followed Saquon just assuming he’d be the Giants’ option for such a big play. That makes a lot of sense, which is why it was brilliant to have Jones get the first down with his legs.

Just last week, Jones spoke about getting off to a fast start on John Jastremski’s “New York, New York” podcast. When he said that, the signal-caller was talking about starting fast in all aspects — both the game itself and the season.

The Giants didn’t start their game fast against the Titans. Falling into a 13-0 hole obviously wasn’t in the gameplan. But they came out and began the second half fast, which propelled them to a win not many were expecting once the first two quarters were in the books.

Now, New York gets to open up its home schedule at MetLife Stadium in Week 2 against the Carolina Panthers. We know the Giants will once again want to start fast, but who knows, maybe Danny Dimes will use his legs again to make a crucial play when it’s needed most.