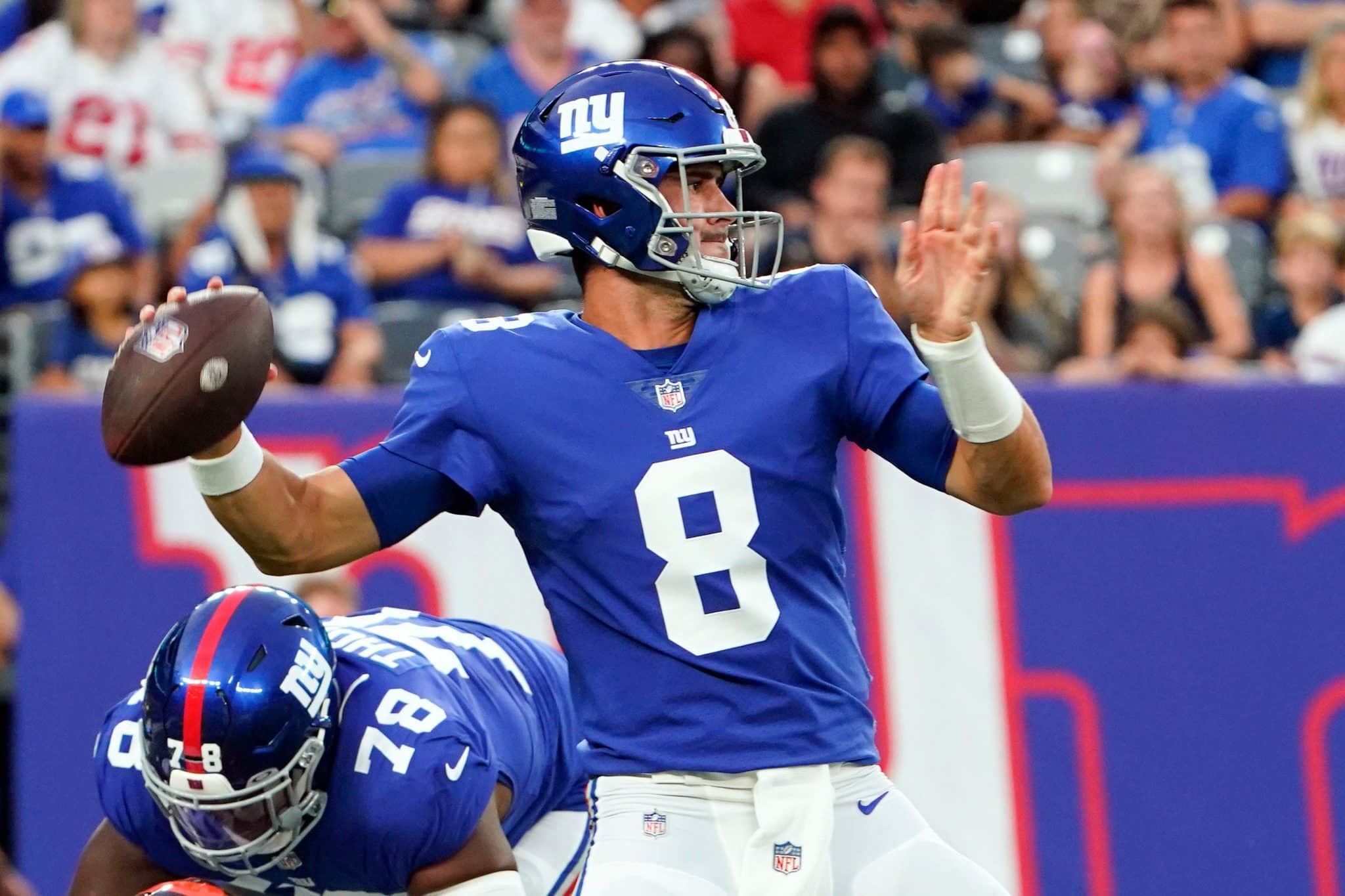 As the Giants prepare to kick off their 2022 season against the Titans on Sunday, there are various storylines for different parts of the squad. For head coach Brian Daboll and general manager Joe Schoen, it’s the start of a new era, along with trying to erase the past regime’s mistakes. For quarterback Daniel Jones, it’s time to show what they’re made of.

What’s the biggest goal for Jones heading into a “prove-it” year under center for the Giants? He joined John Jastremski on the latest “New York, New York” podcast to talk about that. Here’s what he said:

“Me, personally, I really don’t have hard statistics that I want to hit this and this and this, and throw it at this percentage. I think I have ideas of what’s good, and you know, I want to play well, I want to throw a lot of touchdowns, I want to throw a high completion percentage, all that kind of stuff. In terms of goals, I try to focus more on immediately what’s ahead, and right now, that’s starting fast. Starting fast this year is important. It’s a long season in the NFL, but how you start is certainly a big part of it.”

Jones went on to say that starting fast in all aspects has been a focus for Daboll and the Giants:

The idea of this likely sounds lovely to Giants fans. Do you remember the last time New York exited Week 1 with a 1-0 record? That’d be 2016 when they beat the Cowboys 20-19, which began their march to the most recent playoff appearance in franchise history.

It’s not like getting the season off to a good start in Week 1 has been the only problem for New York, either. In each of the past five years, they went multiple weeks before securing their first victory. Here’s what their record has looked like before finally finding success:

Yea, I can see why starting fast in everything the Giants do has been a point of emphasis for Daboll and his coaching staff.

Jastremski also asked Jones about dealing with doubters and potentially using it as extra motivation, to which the signal-caller had an interesting answer. He essentially said that if he used it as motivation, what would he use when people are saying nice things about him? Jones also mentioned that he’s comfortable having doubters and tries to block out the noise, especially during the season.

That’s good because there’s plenty of criticism to go around. Jones did say that “winning takes care of itself” which has plenty of truth to it. There can be all the questions in the world leading up to Week 1, but the one thing that’ll cure everything is to start fast and rack up victories.