Week 12 will prove fatal one way or another for the New York Jets and their postseason hopes. Boy Green breaks it all down.

Let’s be honest. The AFC conference sucks. That’s good news for the 4-6 New York Jets who have their postseason hopes on life support.

According to the NFL.com Playoff Picture, the Jets hold the 10th seed in the conference and only sit a game out of the final wildcard slot. Looking at the rest of the teams, it seems like eight or nine wins will get someone in, but with all the tiebreaking scenarios, the Jets likely have to win out. 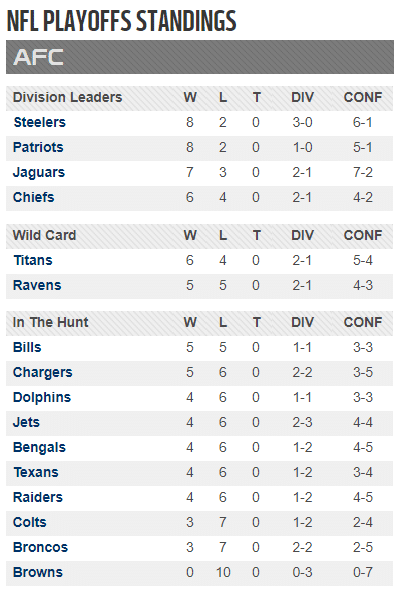 That’s something head coach Todd Bowles addressed in his latest press conference via NewYorkJets.com when asked if the Jets have to win out:

“Excuse the language, but that’s probably a no s–t statement. We’re trying to win every game.”

The road won’t be easy for the Jets who have a murderer’s row of opponents coming off their Week 11 bye including:

But let’s this one game at a time. The Panthers come into this game smoking hot. They’ve won three in a row and are also coming off a bye.

Despite early season struggles from their former league MVP, Cam Newton has bounced back and is playing like his old self. But this offense has a twist and his Twitter handle should give some indication: @Run__CMC.

As a top-10 pick in last year’s NFL Draft, Christian McCaffrey has done everything for this Panthers team. He’s a four down player. He can run the ball, catch the ball out of the backfield, and return kicks and punts.

McCaffrey has been heralded as the ‘white Barry Sanders’ and you can see why on tape:

He’s one of the most complete football players in the history of the game. So far this season he’s accumulated 206 yards on the ground, 433 yards through the air, snagged 57 receptions and tallied five overall touchdowns via PFF Stats.

He’s a game changer and certainly the x-factor in this game. The Jets literally have no player they can match one-on-one with him outside of assigning Jamal Adams or Marcus Maye as a keeper/spy.

The Panthers are 7-3 and very much in the thick of the NFC wildcard race if not the division. If the Jets lose this game and drop to 4-7, the show is over and they should shift their focus to the NFL Draft. If the win, they should do everything in their power to reach the postseason for the first time since 2010.

This is as the gods describe as a do or die scenario. Jets fans are split and understandably so on how to feel about this football team. They’ve had passion all season long before really dropping an egg against none other than Ryan Fitzpatrick two weeks ago.

It’s time to correct the error of the past and take control of their season. While in the process saving their head coach’s life in Bowles.