For the New York Jets to be where they want to be, they must get back to .500 heading into their bye week. Boy Green breaks it down.

“Tank on this,” says a new wave of New York Jets fans heading to Tampa for a Week 10 matchup against the Buccaneers. The Jets have a chance to get to .500 and throw their name in the ring for serious postseason contention.

The theme is revenge and for good reason: 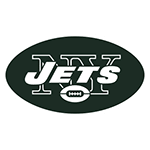 The New York Jets will be without the services of their veteran running back Matt Forte who was ruled out earlier this week. With that, the Jets will have to rely on Bilal Powell and rookie sensation Elijah McGuire.

Speaking of rookies, the Jets will likely be without the services of talented rookie ArDarius Stewart, Which explains the recent transaction of bringing JoJo Natson up from their practice squad: A smaller guy (5-foot-7) who is very explosive and could help in the return game.

While Muhammad Wilkerson, Morris Claiborne and Brian Winters are all listed as questionable, expect them to suit up on Sunday. 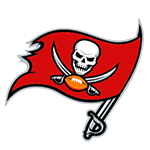 Friday's injury report has been released – presented by @FloridaHospital pic.twitter.com/bfHgmB8uQW

Obviously, star wideout Mike Evans is out due to his one-game suspension he’s serving after a vicious blindside hit after a play last week against the New Orleans Saints. Also, star quarterback Jameis Winston has been deactivated for “a few weeks” to give his injured shoulder some rest.

No William Gholston either for the Bucs on the defensive line. Robert McClain is doubtful. Although it’s not all bad news for the Bucs, four players listed as questionable were full participants in Friday’s practice for Tampa including:

That should literally be at the top of the Jets’ priority list for Sunday. While the pair of rookie safeties Marcus Maye and Jamal Adams has played spectacular, the defense has been susceptible to the tight end position.

The Jets have allowed 513 receiving yards to tight ends (27th) and six touchdowns, per ESPN Stats and Information. While the Bucs have a few talented players in rookie first-rounder OJ Howard and veteran Cameron Brate.

For the Jets to ensure another win, they’ll need to pump the brakes on these security blankets.

Speaking of tight ends, why not feed their own in Austin Seferian-Jenkins?

I always talk about the Big Three with tight ends: security blanket, red zone threat, attack the seam. ASJ can do it all for the Jets and Josh McCown shouldn’t be afraid to go to him early and often in this matchup.

This has trap game written all over it for the Jets. This is a team that is coming into this game with some swagger after a primetime beatdown of the Buffalo Bills over a week and a half ago.

Tampa may seem down and out at 2-6, but we all know they’re more talented then their record says they are. Fitzpatrick will be looking for blood, but he’s not the only one. This new-look defense really wants to send a message that this team is a legit playoff contender. I think ultimately Fitzpatrick looking to show up the Jets is his downfall and his costly turnovers ironically will continue the Bucs’ losing streak.

NEXT: New York Jets: Legitimate Playoff Contenders With a Win in Tampa