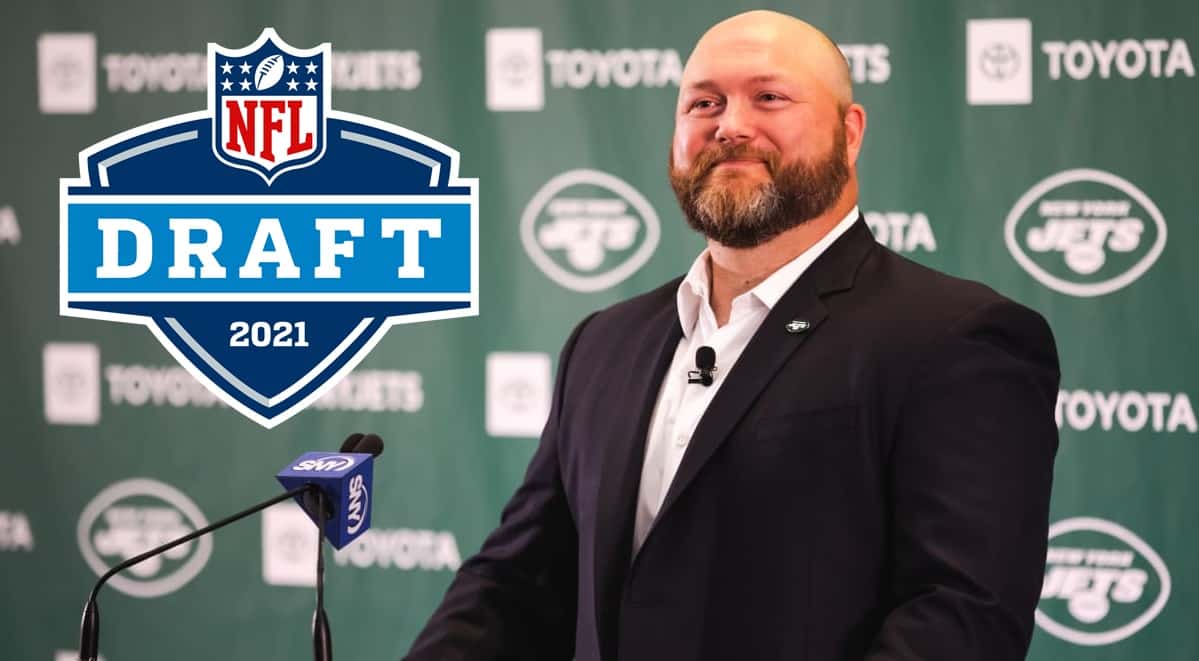 We’re a little over a day away from the Jets selecting another quarterback in the first round. When the 2021 NFL Draft commences this Thursday night, fans will expect to see the Jets acquire BYU signal-caller Zach Wilson at No. 2 overall following the Jaguars’ selection of Clemson quarterback Trevor Lawrence.

Gang Green possesses a number of needs outside of the quarterback position though. Luckily, the team owns ten total picks throughout the annual event and can certainly address a multitude of issues.

Who will New York eventually add to the roster ahead of the 2021 season? 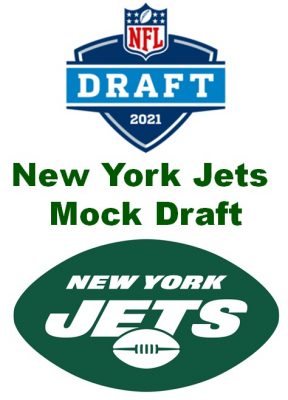 This selection is obvious and has been for quite some time.

The Jets need a new quarterback following the trade of Sam Darnold to Carolina. Zach Wilson, despite just one notably productive season at a non-Power 5 school, is a multi-faceted quarterback that plays to the modern style of a talented NFL signal-caller.

Wilson will be asked, right off the bat, to help carry an offensive unit that struggled mightily last season. Having said that, he’ll certainly need some offensive assistance, which brings us to our next pick…

Speed, elusiveness, and sheer athleticism in the open field.

Kadarius Toney is an Odell Beckham Jr.-type receiver and would certainly be a selection that possesses a ton of upside given the aforementioned qualities he portrays.

Toney would additionally provide Wilson with yet another talented target in the passing game and be a great complement to the receivers already on the Jets roster.

The Jets need assistance at the edge rusher position and could utilize the No. 23 pick on a talented defensive end, but lucky for them, the draft class at this spot is deep.

Therefore, there’s a good chance Ronnie Perkins out of Oklahoma falls into New York’s lap at No. 34.

Perkins would start right away and possibly be a great complement to free-agent pickup Carl Lawson, who’s expected to provide a significant boost to the Jets pass rush.

Getting notable value out of this pick is important — the Jets tied for 20th in the NFL last year with just 31 total sacks and definitely require help in this area of the game.

Mekhi Becton underwent an impressive 2020 rookie campaign and is expected to be the long-term answer at the left tackle position. The long-term status of the right tackle spot, however, remains a mystery.

George Fant has just two years remaining on his current contract and may be out of Florham Park following the 2021 season. The Jets could thus draft a tackle in the third round and commence the developmental process in hopes that that individual will eventually be a starter down the road.

Enter: James Hudson out of Cincinnati, a 2020 first-team All-AAC selection.

Hudson portrays the qualities to succeed at the next level and is consistent, but it wouldn’t hurt to sit him for a year so he can learn behind a veteran like Fant.

The Jets don’t need a star running back given the decline of the position’s value in recent years. What they could use, however, is a talented individual to add to a running back committee that already includes pending second-year man La’Mical Perine and free-agent acquisition Tevin Coleman.

Michael Carter has the speed, acceleration, and strength needed to succeed at the professional level. Not to mention, the North Carolina back carries experience as a return specialist, so the Jets could field him in a number of spots.

Carter was a first-team All-ACC selection and third-team AP All-American in 2020.

Are Bryce Hall and Bless Austin fit to be long-term answers at the cornerback spots?

The Jets require depth in the defensive backfield, and to solve that issue, they could select South Carolina’s Israel Mukuamu in the fourth round.

There’s little-to-no chance Mukuamu would start right away, but the Jets could initially make him a slot corner and situational defensive back while he develops.

The most crucial part of Israel’s potential selection would be the depth added to the secondary, an area of the field where you can never employ too many bodies.

Zach Wilson will need all the help he can get — the Jets could further build his slate of offensive weapons with the fifth-round selection of another Florida wideout.

Trevon Grimes would provide significant height to the receiver room at 6-foot-4 and be a reliable target down near the goal line given this beneficial quality.

He additionally carries a knack for the end zone — Grimes caught nine touchdowns in 11 games last season. This would certainly help a Jets offense that finished last in scoring in 2020.

Depth at inside linebacker will be important even amid the signing of Jarrad Davis and expected return of C.J. Mosley.

Northwestern’s Paddy Fisher is someone who could eventually grow into an every-game starter. He posted over 100 total tackles in both the 2017 and 2018 seasons and recorded four forced fumbles during either year.

Again, depth in the defensive backfield is crucial — Oklahoma State’s Rodarius Williams would be providing that for Robert Saleh and Jeff Ulbrich’s defensive unit.

Williams has the ability to portray physicality from the secondary and racked up 58 total tackles through 13 games in 2019.

Like Mukuamu, Williams could spend time as a situational defensive back early on.

The Jets could use an extra tight end for depth purposes.

Quintin Morris proved to be a reliable pass-catcher at Bowling Green and racked up 55 receptions, 649 yards, and four touchdowns during the 2019 campaign.

Maybe the Jets find Morris to be a diamond in the rough during the training camp and preseason periods?