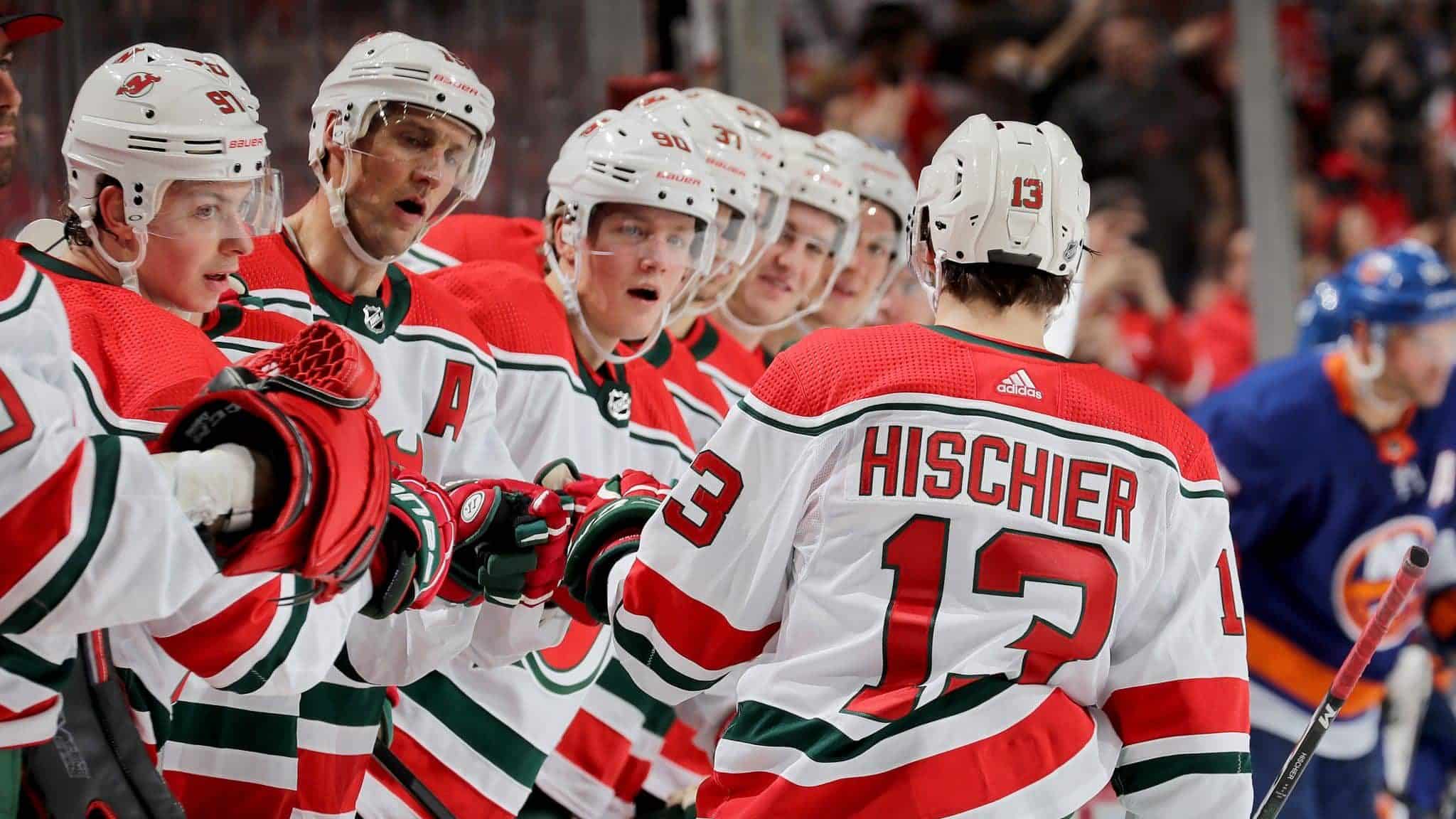 New Jersey Devils forward Nico Hischier not only earned a spot in the 2020 NHL All-Star Game but received praise over Twitter.

New Jersey Devils fans have something to cheer about after one the most bizarre weekends in franchise history.

One of Jersey’s wishes came to fruition when the team announced on Tuesday that forward Nico Hischier would replace Kyle Palmieri at the 2019-20 NHL All-Star Game in St. Louis on Sat. Jan. 25. While some want to credit the change to a potential Palmieri trade, it seems that the team’s leading scorer suffered a lower-body injury.

The Palmieri trade talks are a discussion for another time, anyway.

The Devils’ hungry fanbase wasted no time celebrating their 2017 No. 1 overall draft pick’s honor, and the reactions over Twitter are worth checking out.

It seems that Hischier’s stellar play since joining the league back in 2017-18 has flown under the radar, but the fact that the team is in shambles doesn’t help, either.

Sad for Palms. But Nico 100% deserves to be there.

We’re sure the youngster is probably going to have a lot of fun and display some magic on the ice that not even Devils fans have witnessed yet.

While Hischier deserved a fair shot at earning a role for the festive weekend, the reality is he probably wouldn’t receive enough votes anyway.

I am SO HAPPY pic.twitter.com/DIrij2B85L

What would this thread be without a comical GIF, no?

For the record, 2017 No. 2 overall draft-pick in Nolan Patrick has recorded 61 points with the Philadelphia Flyers since 2017-18 while suffering long-term injuries. New Jersey’s future captain in Hischier has posted 127 career points and earned over 50 points alone during the two youngsters’ rookie campaigns.

Forward Jesper Bratt is still adjusting to the NHL level, but his air-time has displayed significant strides.

speaking of which, it is time for you guys to switch back to these jerseys full-time.

Andrew, this hockey enthusiast completely agrees that New Jersey needs to revert back to the throwback sweaters full-time.

Andrei Svechnikov, Sebastian Aho, and Teuvo Teravainen all have at least 12 more points than Nico Hischier, and are not included in the all star game. https://t.co/Rgk1OSAzlh

Hurricanes Country is clearly sour about the situation.

My kids gonna be stoked for his favorite player! Congrats on going to the #NHLAllStar game @nicohischier !!!! pic.twitter.com/Y76uWPJejD

I think all of New Jersey will be watching Hischier in the game like “little kids,” again.