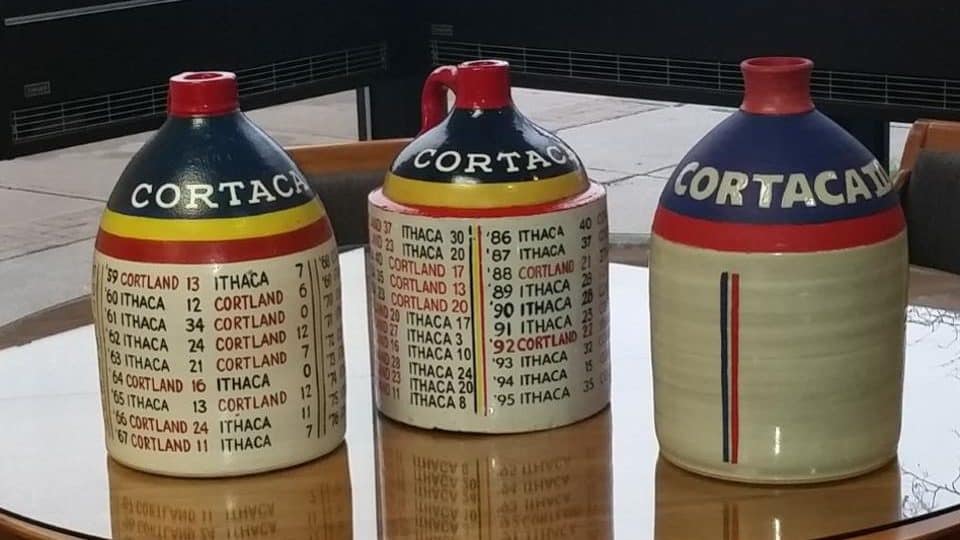 With Ithaca College and SUNY Cortland ready to roll for the 2019 Cortaca Jug, all eyes will be on the “biggest little game in the nation.”

This Saturday, the little guys will take the big stage. The annual Cortaca Jug game is coming to Metlife Stadium. Tiny Division III Ithaca College will face archrival SUNY Cortland in the home of the New York Giants and Jets.

For years, this game has acted as a de facto bowl game for the young men and women who attend college in upstate New York. Wake up early, start partying and watch your friends play in the biggest football game they will probably ever experience as players.

As an Ithaca Alumni, I can firmly say that those games were some of the best times I’ve ever had. None of the players were going pro and most of the time the game had no bearing on the team’s postseason chances. Just passionate kids having the time of their lives.

Extra bleachers were brought in and thousands of students and alumni would swarm the small stadiums to create that big game feel.

This year, the stakes have been raised, my friends.

While the Giants are on bye and The Jets are at Washington D.C., The 61st Cortaca Jug game will take over Metlife and bring with it droves of alumni from both schools with an estimate to set the all-time DIII Football attendance record.

While Ithaca leads the all-time series 36-24, Cortland is the team with more on the line this year. At 8-1, The Red Dragons need a W to keep a post-season berth alive, while Ithaca, at 7-2, looked hot early in the season, but is coming off two straight losses and will miss the post-season.

So cheers to The Biggest Little Game in the nation. The stage is yours.

NEXT: 3 Seton Hall Players Who Need To Step Up Without Myles Powell