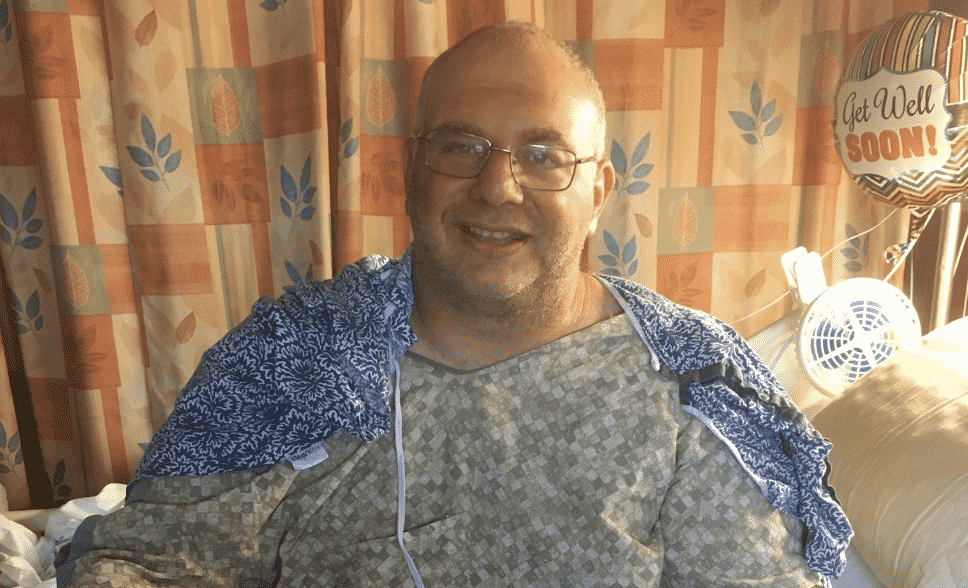 No more “playing.” This is why ESNY’s Peter Schwartz will be sticking with “writing” and “talking” about football (and other sports).

I’m very proud of the play call … and it worked!

My family and I went to Jones Beach on Sunday night just to walk around a bit and take in some fresh air. We brought a football with us just in case the opportunity came up to have a catch. Well, my sons Bradley and Jared and I decided to get in a quick game of one on one before we left.

It was Bradley vs. Jared and I was the neutral quarterback. We found a nice open space and play by rules I did when I was a kid. Play to three touchdowns, two hand touch, and three receptions on a drive is a first down. If you can’t get a first down, you still have to go for it on fourth down.

The score was tied at one touchdown apiece and Jared had the ball. My first pass to him was incomplete which is not a surprise because I’m not a very good athlete as you will soon find out. We really wanted to leave and get dinner so I decided to shorten the game.

The next touchdown wins so I thought of something that Jared would think is cool.

I told him he was a better passer than me so I told him I was going to pitch the ball back to him and I would go out for the pass. I figured Bradley would rush Jared thinking there was no way he could get the pass off. But as the 12-year-old took the bait, the 8-year-old fired a perfect throw over his older brother’s outstretched hands.

After I caught the ball, I heard Bradley says something to the effect of “No Way!”

I had a clear path to the end zone but I wasn’t sure if Bradley was chasing after to me so I looked back and slowed down. As I looked forward again and began to accelerate, I felt something in my right leg and went down. I was in excruciating pain and couldn’t move.

At first, I thought I hurt my knee, then the pain went all the way up my leg so maybe it was a hamstring. I was placed in an ambulance and taken to a local hospital for x-rays. As it turns out, I had a broken bone in my right hip that would require surgery.

That night, I had to through an initial procedure that reattached my hip to the femur. Then on Monday morning, I had pins placed in my knee because there were lose bone chips and the doctors were afraid of them rubbing up against something else. Then on Tuesday, I underwent successful surgery to repair my hip and clean out those bone chips.

Another big day in my recovery from hip surgery! Thanks to my physical therapists Sunday and Eric as I was able to get out of bed, walk forward, left, right and back and sit down in a chair! It’s a great day!!! ?? pic.twitter.com/PV2K976dYU

Thanks to all of you for your well wishes following my hip injury. The surgery yesterday went well and today I started physical therapy I was able to get out of bed and take a step. I have a long road in front of me but having everyone’s love and support means everything! pic.twitter.com/d2vbBqkElD

So a funny thing happened yesterday while playing football with my kids….I broke a bone in my hip. Surgery in the next day or so and hopefully up and around with crutches or a walker by the end of the week. I’m ok and hope to be up and running soon!! pic.twitter.com/mqvYNDJf12

I’m overwhelmed by the amount of love and support that I’ve received from people on social media over the last few days but just let me say that there’s no getting through this without my wife and two boys. They are the reason that I’m fighting to get out of this hospital as fast as I can and to try and get our lives back to normal as soon as possible.

Full normal won’t be for a while. I can’t put any pressure on the leg for at least three months but I’ll be able to get around with a walker and/or crutches. I have a long road ahead of me with rehab and physical therapy but it’s a challenge I’m facing head-on.

I don’t know if it’s realistic, but I’m to at least make a cameo appearance at my niece Christina’s Sweet 16 this Saturday but my main focus now is to improve every day and get back to work at CBS Sports Radio, WCBS 880, and Fox News Headlines as soon as possible.

Oh, and I’d like to get back behind the Cosmos public address microphone in time to announce another championship in the next few weeks. This winter is my son Bradley’s Bar Mitzvah, so that’s my main focus. I’d like to walk into the reception without any help but I just want to be there.

Moving forward, I think I’m going to stick to writing and talking about football and just about any other sport. That’s not to say that I’m not going to have a catch with my kids or walk with my wife in the neighborhood or anything else that requires some physical activity.

I’m just going to leave the game conditions to those who can handle it…like my kids. I said it at the top of this blog and I’ll say it again, my wife Sheryl is a big reason that I’m going to get through this. She’s been an angel since the time of the injury Sunday night and she’s taken on a great deal of responsibility.

For that I’m sorry, but I’m hoping to get home soon and do what I can.

Some people have said to me things over the last few days like, “What in the world were you thinking?” But I have no regrets whatsoever, saying yes to playing with my boys. They are devastated by this and they feel they’re at fault for asking me to play.

They shouldn’t feel that way at all.

When this is over and I can walk, we’re going back to Jones Beach and to the very spot where I got hurt and went down. I’m going to have a football in my hand and I’m going to walk across the goal line to finish the play that I started. And then, I’m going to sit on the bench and just have a catch with them.

When we’re done, we’re going to walk back on the boardwalk to our car. I’m going to walk holding my wife Sheryl’s hand and it’s going to close the book on a sad story that will have a successful and happy outcome.

I’m proud of that play call. It worked. I just didn’t finish the play. Soon enough, I will.

NEXT: An Encouraging Stat For Every Mets Player