With Jacque Vaughn now leading the way for the Nets, Brooklyn isn’t yet looking to blow up the roster. But if that time does come, they will likely have no shortage of opposing teams interested in acquiring Kevin Durant.

According to a report from Sean Deveney of Heavy.com, the Nets can assume the Philadelphia 76ers will be one of those squads. Deveney also mentioned there’s a good chance Philly has already asked Brooklyn about the veteran sharpshooter’s status this season.

Here’s what an NBA executive told Deveney about the situation:

There is no doubt the Sixers have asked on Durant, they did in the summer, and will keep asking about him. But the Nets are going to be a little put off by them already because of the Ben Simmons thing, because they feel like they were set up to give away James Harden all along. So the Sixers burned them once, do the Nets want to go back and say, OK, sure, we’ll do a KD deal, too.

The main thing is, though, does Tyrese Maxey get put into the deal? Because then the Nets have to listen, they might not get a better young player than him in any deal they make for Durant. Maxey, Tobias Harris and (Matisse) Thybulle would work, but the Nets would not get any picks in the deal because Philly can’t offer any right now. If that is all that is on the table, Brooklyn would have to pass.

In case you forgot, Durant requested a trade last summer that never came to fruition. In discussing the situation during training camp, KD mentioned he wanted to be part of a championship culture.

Between letting Steve Nash go and dealing with everything that Kyrie Irving has distracted the squad with, Brooklyn has had anything but a championship culture so far. But, the Nets have looked more capable with Vaughn steering the ship. That’s probably part of the reason why general manager Sean Marks and the front office don’t want to tear things down yet. It’s still early enough that the Nets could turn things around.

Durant will be a big part of that if it does take place. Through 14 games, he’s averaging 30.6 points with 6.6 rebounds and 5.3 assists per night. 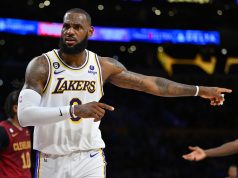