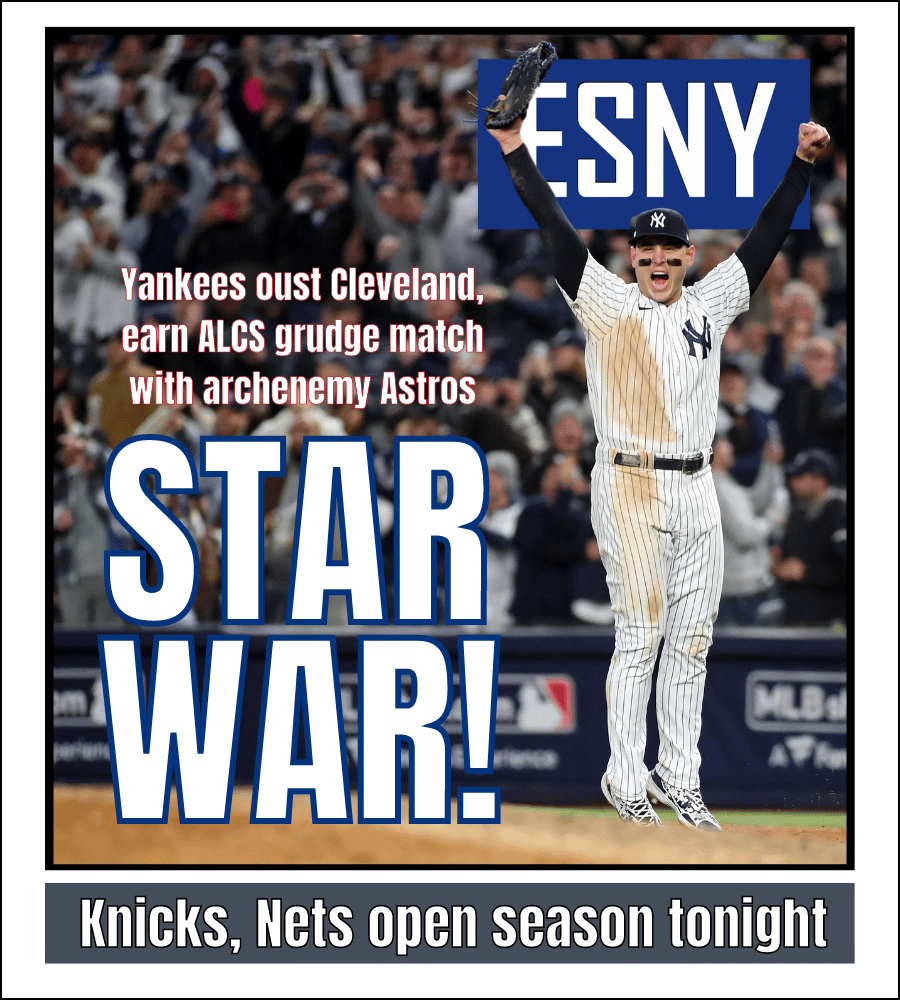 The matchup the Yankees have waited all year for has come to fruition.

The Bronx Bombers will get another crack at the Astros with the pennant at stake. Home runs from Giancarlo Stanton, Aaron Judge and Anthony Rizzo and a brilliant outing on short rest by Nestor Cortes powered the Yankees to a 5-1 win over the Guardians in Game 5 of the ALDS on Tuesday at Yankee Stadium.

Now the Yankees will face their hated rival (and recent tormentor) in the ALCS, with Game 1 set for Wednesday in Houston at 7:30. The Astros have beaten the Yankees in the postseason three times since 2015, including the controversial 2017 ALCS and the ’19 league title series as well.

Jameson Taillon is expected to start for the Yankees. Justin Verlander will go for the Astros. The big Yankees roster moves to watch: Will D.J. LeMahieu be available for the ALCS? What about Aaron Hicks? Will Isiah Kiner-Falefa get bumped? You figure the Yankees need another arm for a seven-game series.

Knicks, Nets tip off. The NBA regular season will begin locally Wednesday as well. The Nets will open their season at home against the Pelicans at Barclays Center at 7:30. And the Knicks will be in Memphis to take on the Grizzlies, also at 7:30.