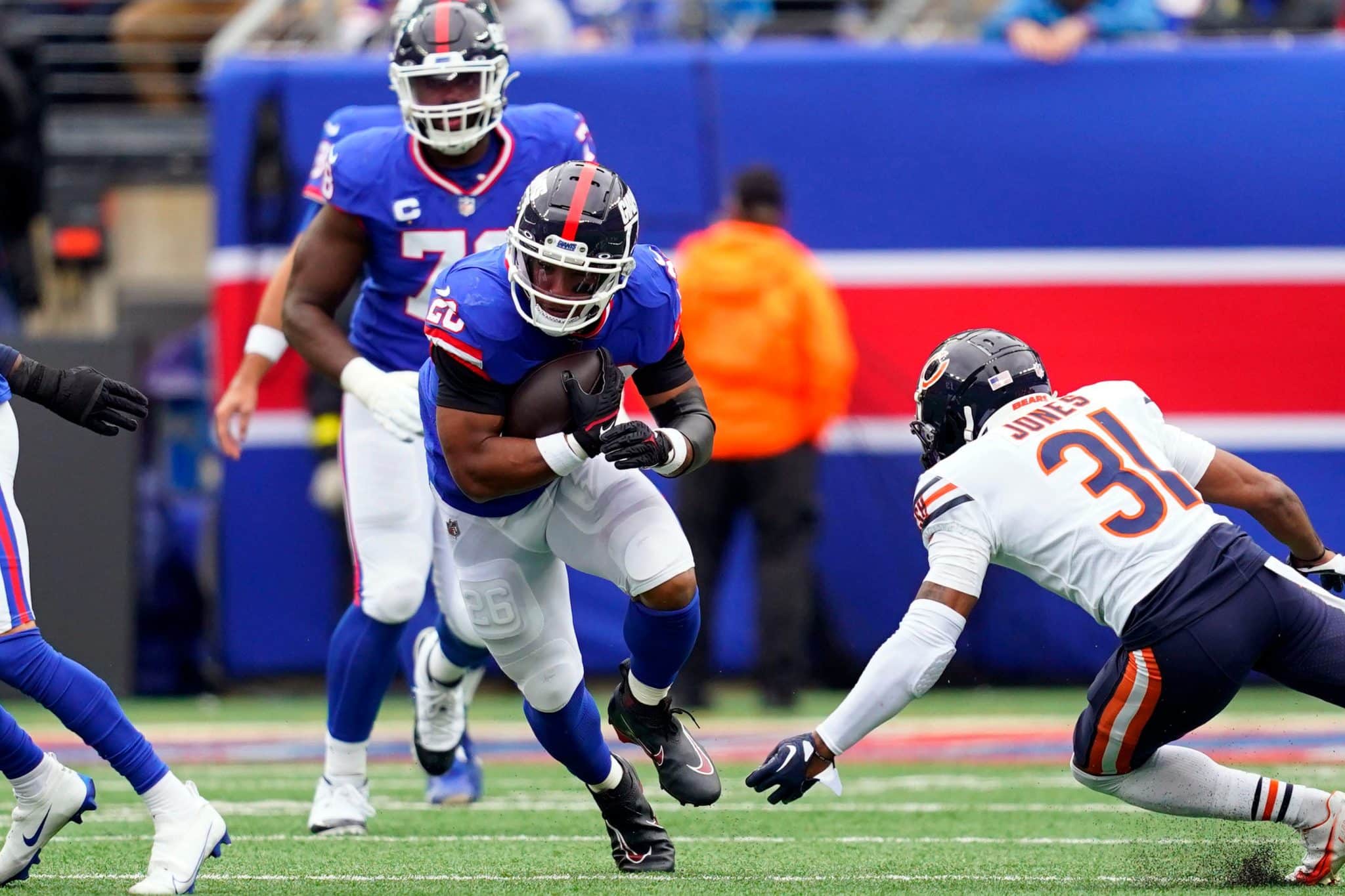 The Giants are technically heading across the pond to face the Packers in London on Sunday. I saw “technically” because they’ll be leaving many pieces of their offense behind.

Daniel Jones is expected to play in Week 5 despite suffering an ankle injury against the Bears. That’s good news, but he won’t see many weapons in the huddle against Green Bay. This is especially the case regarding New York’s depth (or lack thereof) at the wide receiver position:

#Giants WRs OUT Sunday vs GB.

This will obviously give Richie James another opportunity to show his value. He only got targeted three times against the Bears, but Jones looked his way at least five times in each of the first three weeks of the season.

James didn’t get many opportunities to make an impact because the Giants didn’t throw the ball much. Between Jones and Tyrod Taylor, New York made just 16 pass attempts while running the ball 44 times. With so many potential playmakers sidelined and a healthy Saquon Barkley in the backfield, it might be more of the same story on Sunday. Especially when considering Green Bay’s effectiveness against the rush.

So far in 2022, the Packers have allowed 126.8 rushing yards per game, which ranks 24th in the NFL, according to SportRadar. This would play into the Giants’ strength. Outside of having to run the ball often, they at least have had a fair amount of success on the ground. Their 192.5 rushing yards per game are easily the best in football. The Cleveland Browns are second at 187.3, but no other team is above 180 heading into Week 5.

Maybe the Giants’ offensive game plan won’t be as lopsided as it was last week against the Bears. And depending on how “python” Aaron Rodgers plays against New York’s defense, Jones may have to throw the ball more often, both to James and his tight ends.

When looking at Big Blue’s early schedule, facing the Packers is certainly their biggest test so far this season. It’ll be interesting to see how Brian Daboll’s coaching staff approaches Green Bay in the first half, as well as what the execution looks like. Seeing how they adjust after halftime will be equally interesting because, for most of this season, New York’s offense has looked much better in the second half.

Either way, based on what’s available from a roster standpoint, it looks like the Giants’ run game will be front and center in England.