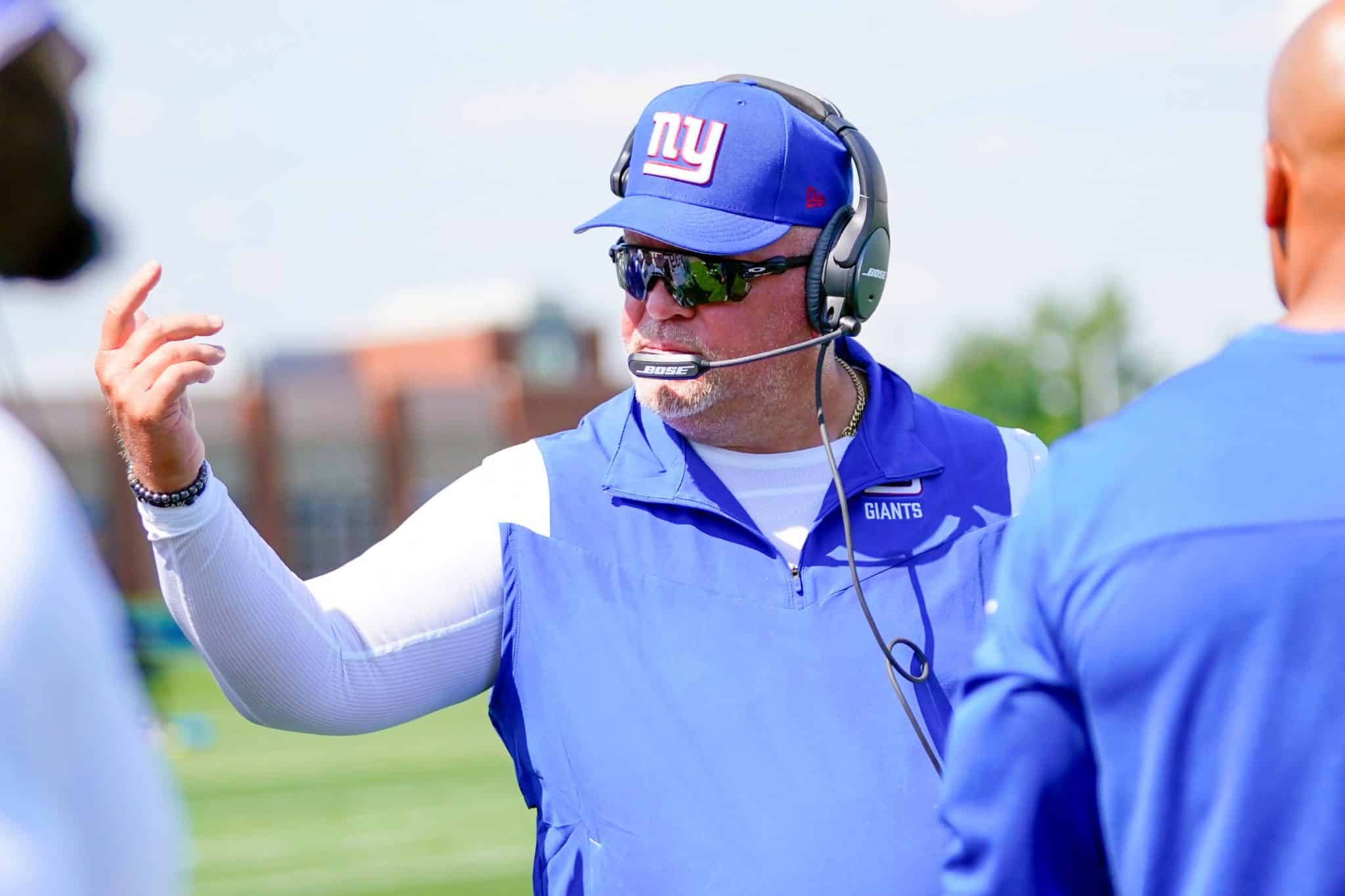 As the Giants get set to face off against the Green Bay Packers in London this Sunday, a lot of attention is on Big Blue’s offense. That makes sense since both Daniel Jones and Tyrod Taylor are dealing with injuries at quarterback, leaving at least a chance that Davis Webb needs to be available.

There still isn’t a whole lot of explosiveness from the wide receiver position, and Saquon Barkley is doing his best to pick up the slack. Do you know what else is important about this Week 5 matchup between two 3-1 squads? The Giants’ defense has to face Aaron Rodgers.

Whether the 39-year-old is off to a good start or not, he still has Green Bay winning games. Plus, he’s Aaron Rodgers and has a track record that opposing teams should always be wary of. That’s exactly how Giants defensive coordinator Wink Martindale is approaching this.

He did have an interesting way of getting his point across, though:

I get a kick out of Wink Martindale. Today's Wink, on facing an older Aaron Rodgers: "It's like holding a python and saying he won't bite." #NYG
(Deleted earlier tweet bc of typo. Sigh.)

That kind of sentence throws you for a loop at first, but then it makes sense after it sits with you for a few seconds.

This matchup with Rodgers will be a good test for the Giants’ defense. After four weeks, this unit has allowed 191.3 net yards passing per game, which ranks eighth in the NFL, according to SportRadar. The Packers are middle of the pack on the offensive side when it comes to net yards passing per game, but New York hasn’t yet faced a QB like Rodgers.

We’ll just wait to wait and see if this python is going to bite on Sunday morning and if Martindale’s crew is ready for it.