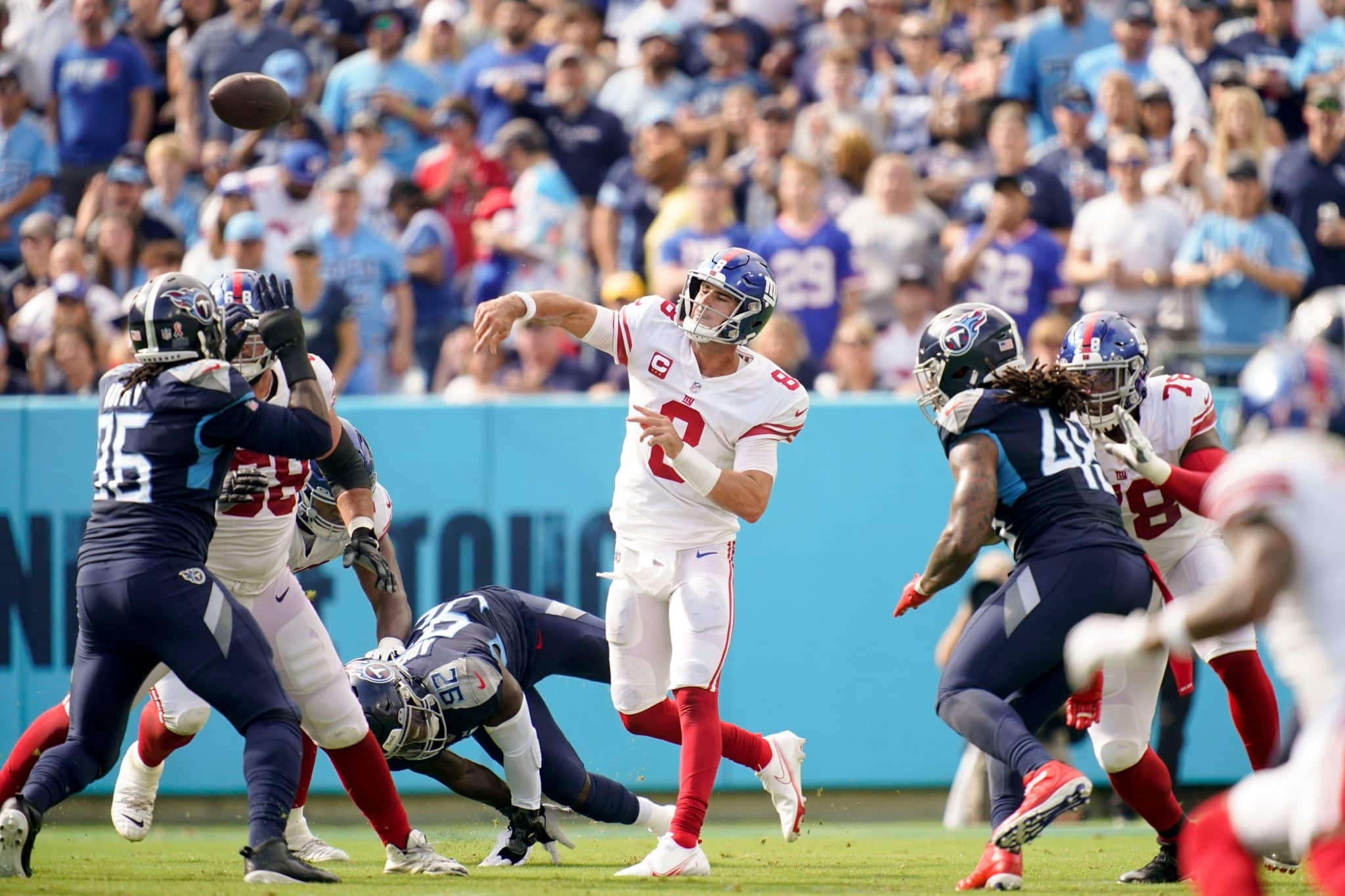 If you’re a Giants fan, chances are you’re still reveling in the team’s thrilling 21-20 Week 1 victory over the Titans. There’s a good reason for that, too. When your squad hasn’t started 1-0 since 2016, you need to celebrate accordingly.

As the Giants prepare for their home opener on Sunday at MetLife Stadium against the Panthers, quarterback Daniel Jones joined John Jastremski on The Ringer’s “New York, New York” podcast to discuss the big win.

There were a few interesting moments during this conversation. One of Jastremski’s first questions focused on the interaction Jones had with an animated head coach Brian Daboll on the sideline after throwing an interception in the fourth quarter.

Jones obviously took ownership of the mistake, saying New York needed to at least get a field goal in that situation with where they were on the field. The signal-caller also said he knew the ball was getting picked off the moment it left his hand. He didn’t say too much about the interaction itself outside of it being an “emotional game”, which he understands, and that he needed to move on and play the next play.

That’s exactly what he did, helping get the Giants into position to score a fourth-quarter touchdown and give Daboll an opportunity to play for the tie or go for the win. Was Jones surprised about going for the two-point conversion? No. Here’s what the quarterback had to say about that:

“I had a pretty good idea we were going for two. That’s something they’ve been clear about since the beginning of training camp, and even since the spring… he’s [Daboll] going to be aggressive in those situations and trusts us to make plays and convert those opportunities. That gives you a lot of confidence as players. You want to be in those moments, you want to be in those pressure situations with the game on the line. So, to know that coach is going to put you in those opportunities to do that and have a chance to make plays is a good feeling.”

There have been lots said about the Giants shifting the culture of the organization from the top all the way down after the most recent front-office regime was ousted. Starting fast in all aspects was one of the things mentioned, and being aggressive like we saw in Week 1 seems to be another thing Daboll is trying to instill in his squad.

Last, but most certainly not least, Jastremski asked Jones how he likes to celebrate big wins like the one New York captured in Nashville. One of the things the QB mentioned was getting some Hoboken pizza, mentioning Tenth Street Pizza, Apulia, and Napoli’s as some of his favorite spots.

Giants fans will be hoping Jones can celebrate with some more pizza after facing Carolina on Sunday.