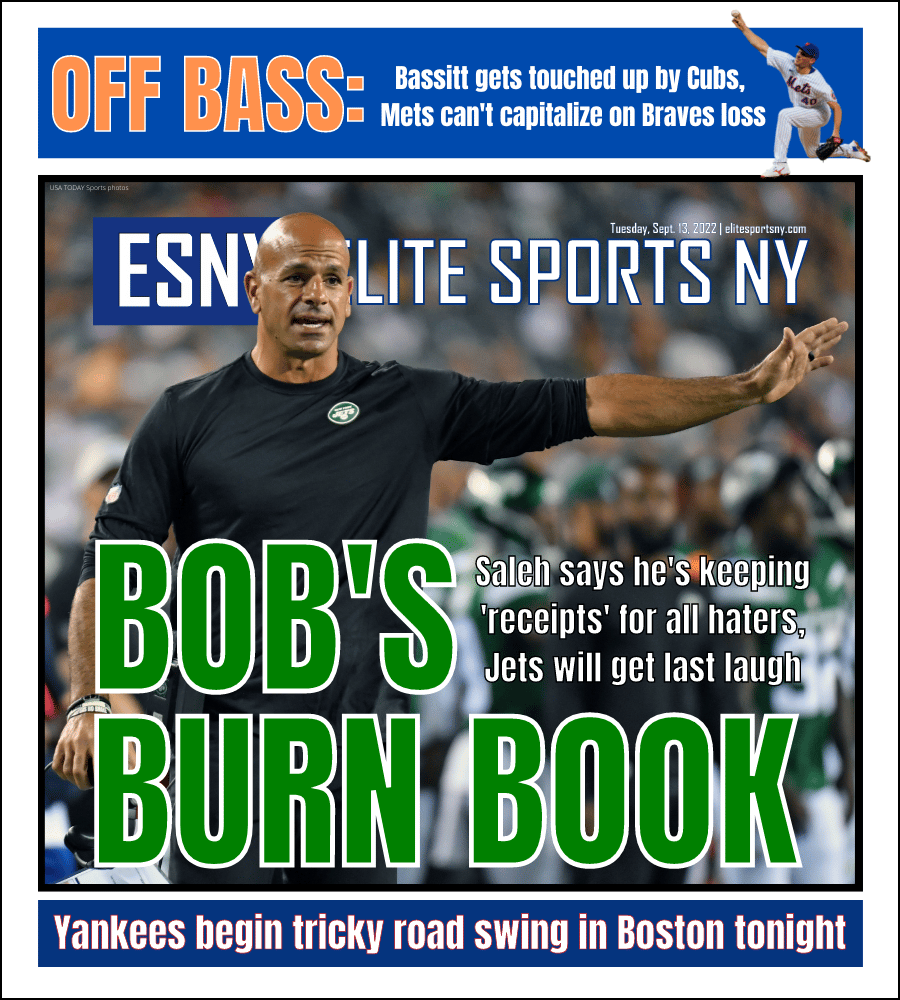 The lead story. Robert Saleh hears the detractors. And he plans to rub their noses in the hate someday soon.

“We’re all taking receipts on all the people who continually mock and say that we ain’t going to do anything,” the Jets coach told reporters Monday after a woeful offensive performance in Sunday’s season-opening loss to the Ravens.

“I’m taking receipts. And I’m going to be more than happy to share them with all y’all when it’s all said and done.”

“When those little errors the offense was having in the first half stop happening, it’s going to be explosive,” he said. “And then it carries on into the second half. You’re just going to feel it. And in a way, it does just click. Where you’re just stacking up day after day after day, and it’s really, really cool when it does happen. Because it absolutely pops off the tape. And I know it is going to happen.”

The sidebar. The Cubs touched up Mets right-hander Chris Bassitt on Monday night at Citi Field. He didn’t even get out of the fourth inning in a 5-2 loss. And the Amazins missed a chance to expand their NL East lead after the Braves lost to the Giants in San Francisco. The Mets’ lead remains 1.5 games and they will host the Cubs again Tuesday.

The Yankees were off. They remain 5.5 games up on the Rays in the AL East and open a two-game set in Boston against the Red Sox on Tuesday.