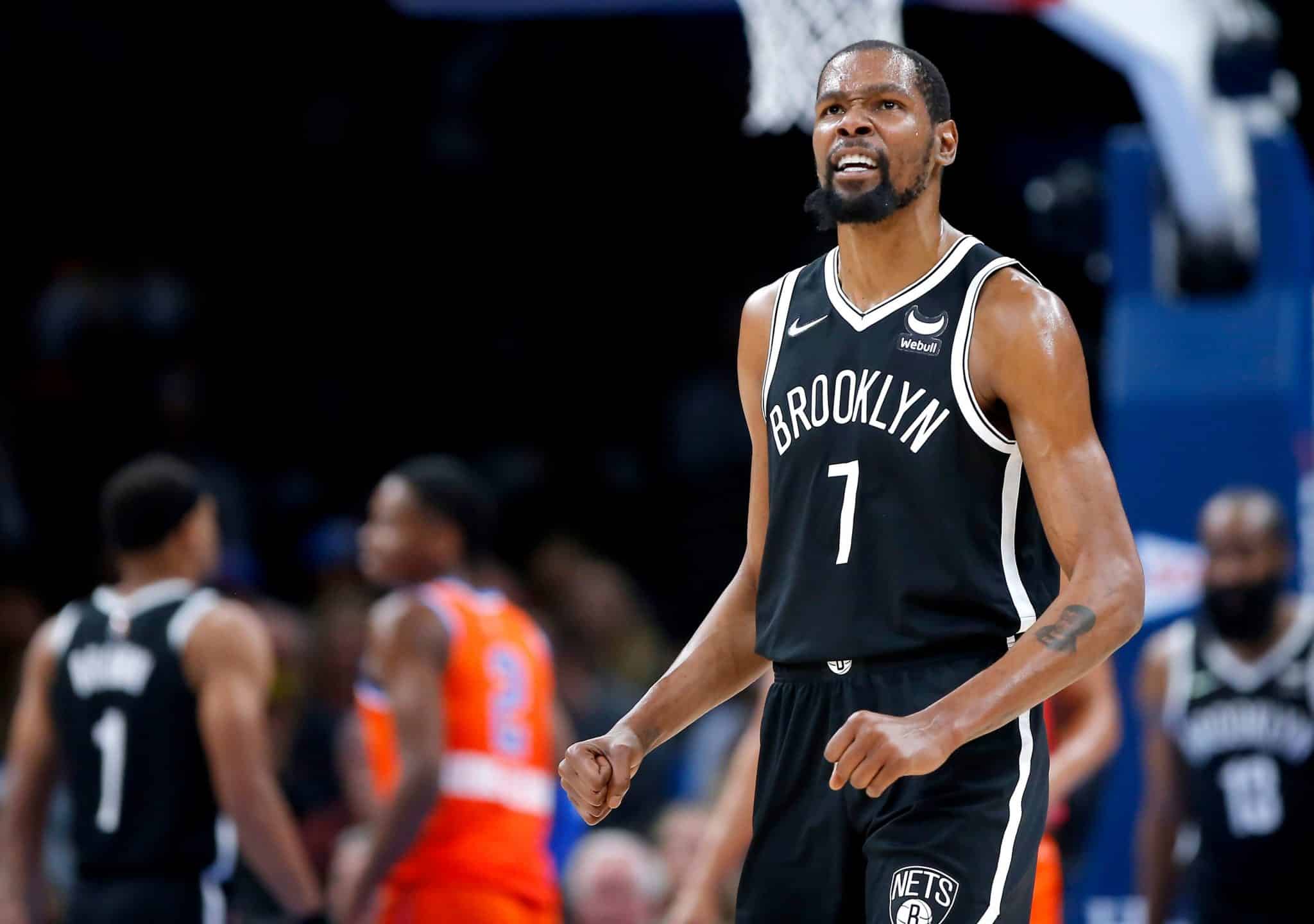 You know basketball season is close to returning when NBA 2K ratings start leaking, right? In advance of NBA 2K23 officially getting released on September 9, a handful of player ratings have been leaked to create a little more hype. One of those leaks included the rating for Nets star Kevin Durant.

The Slim Reaper’s rating checks in at 96, which is second to only Giannis Antetokounmpo, who owns a 97 rating. That seems like a solid accomplishment to us normal folks, but Durant wasn’t satisfied. He let the world know by tweeting about it:

Aye @Ronnie2K I’m gonna need an explanation on why I’m not a 99? This has become laughable https://t.co/oySQUtcDP2

Does he have a point? It probably depends on who you ask. What’s not up for debate is the fact that Durant has been one of the league’s best players for a while. Although he appeared in just 55 games last season, he averaged 29.9 points per game. He hasn’t scored that much since dropping 32 points a night in 2013-14 for the Thunder. That effort netted Durant his fourth (and for now, his last) scoring title.

What reasons could there be for Durant not being the game’s highest-rated player? Enter Craig Carton, who shared his opinion on his new FS1 show, The Carton Show:

Kevin Durant says it’s “laughable” he’s not a 99 rating in NBA 2K.@craigcartonlive has his own thoughts (via @TheCartonShow):pic.twitter.com/zHXvxZ1rl3

A quick rundown of Carton’s points once he put his “Knicks fan hat” on as to why Durant isn’t the best overall player in NBA 2K23:

As Carton said, these are “among the reasons” as to why Durant’s rating settled in at 96 and not 99 like he feels like he deserves. Before going into all these details, Carton did mention how Durant is one of the game’s best and he wished the 33-year-old was on the Knicks.

After all those compliments, he then said Durant is “sensitive”, so now the only thing I’m wondering is how long it’ll take for KD to respond. Mostly because it seems like he enjoys getting people mad online. The best thing Durant can do to improve his next 2K rating? Going from a first-round exit last year to a championship this year with Kyrie Irving and Ben Simmons.

Kevin Durant is staying with Nets, according to GM he tried to have fired