WFAN update man/jack-of-all-trades Peter Schwartz interviewed Esiason recently for Barrett Sports Media. Among the anecdotes discussed: How someone told Esiason that Giannotti was going to be his new morning show partner just hours after Craig Carton’s arrest in Sept. 2017.

It didn’t take long for Esiason to realize who his new co-host might be. On the day that Carton was arrested, long-time WFAN employee Vicky Biello told Boomer it would be Gregg Giannotti, who was already working down the hall hosting the morning show on CBS Sports Radio.

“She said Gio was going to be my next partner,” said Esiason. “She knew because she had seen Gio around here for a long time. I knew Gio. I had taken him to Monday Night games and different things. It was just a matter of whether or not he would ever get comfortable doing it the way I got used to doing it. It took him a few months to really get comfortable and once he did, I felt like we had the same kind of magic that I had with Craig.”

It’s hard to argue with that. The Esiason-Giannotti marriage was pretty quick, remember. Gio got the call to the big leagues in November of that year, just a few weeks removed from Carton’s arrest and eventual resignation (he started full-time in January 2018). There was some reason to be skeptical because the pairing of Esiason and Jerry Recco with Chris Lopresti on updates really clicked well. But Giannotti has been great and has delivered the same level of comedy to the program without the nasty edge Carton often had. The show is a ratings behemoth, too. Everyone has won. And Biello was right. 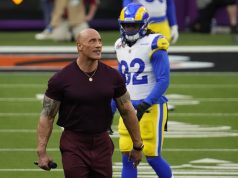