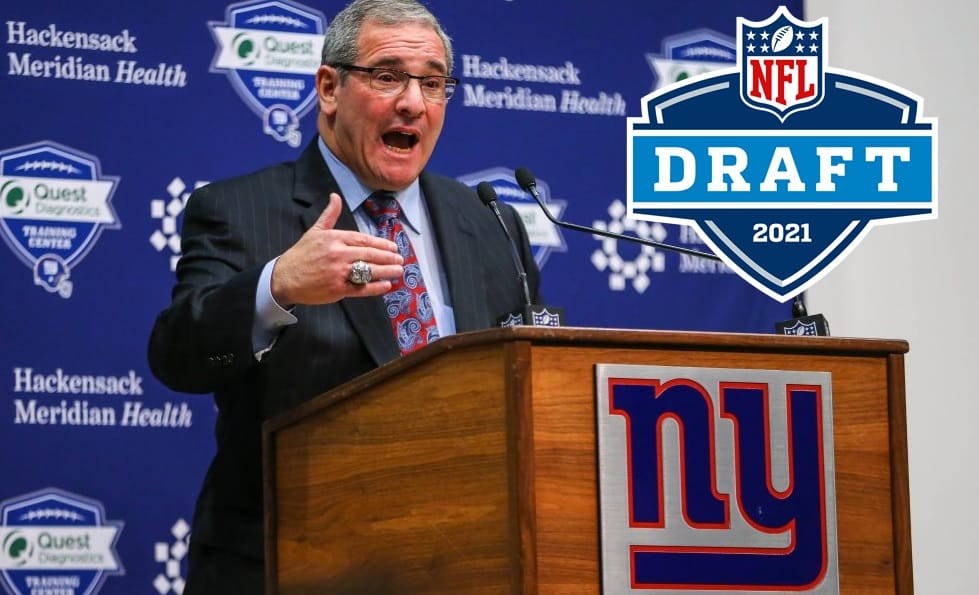 We’ve nearly arrived at the 2021 NFL Draft. This Thursday night, teams with first-round selections will find themselves on the clock and thus need to make crucial decisions that will affect their rosters moving forward.

This includes the Giants, who own one first-round pick along with six total selections (at least for right now). There are a number of positional needs in and around the roster; Big Blue needs to address each with its limited resources.

So who will the Giants ultimately pick during this year’s annual event? 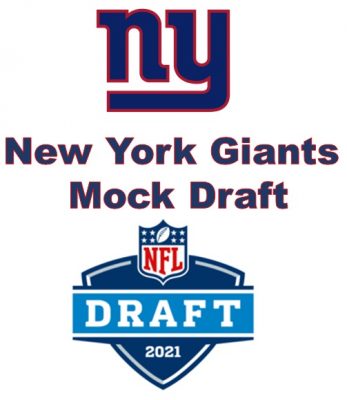 The March signing of Kenny Golladay does not take the Giants out of the running for a wide receiver in the first round.

LSU’s Ja’Marr Chase isn’t likely to be available at No. 11 so New York may need to decide between Alabama’s Jaylen Waddle or DeVonta Smith. But given the recent report from NBC Sports’ Peter King in regard to Joe Judge loving the latter, we’ll say the team takes the 2020 Heisman Trophy winner.

Smith would bring pure speed and elusiveness to the slot receiver position and hopefully be the big-play wideout he was at the collegiate level.

He could also perform as a return specialist like he did for the Crimson Tide.

But most importantly, Smith would be another talented target for young quarterback Daniel Jones, who’ll need the right assistance in order to develop in year three.

The Giants don’t need a star edge rusher in the first round; they just need a talented body who could fill a specific role and provide reliable depth.

Luckily, this year’s edge rusher class is deep, so they could still potentially cash in on Penn State’s Jayson Oweh in the second round.

Oweh would join an edge rusher rotation that already includes Lorenzo Carter, Oshane Ximines, and pending second-year players Cam Brown and Carter Coughlin. He would mostly find himself on blitz packages while possibly developing into a player that coordinator Patrick Graham could use in a multitude of scenarios.

The Giants are hoping Andrew Thomas flourishes into the talented left tackle they drafted him to be.

New York is also seemingly high on pending second-year tackle Matthew Peart, who could start on the right side this coming season.

The interior of the line is where it may get tricky though. Shane Lemieux is expected to retain his starting job at one of the two guard spots and the same goes for Nick Gates at center, but it’s unclear if Will Hernandez or free-agent pickup Zach Fulton are multi-year answers at the other guard position.

Thus, the Giants would be smart to address the interior of the line in the third round with the selection of Alabama’s Deonte Brown.

Brown was a first-team All-SEC selection this past season and would initially sit on the bench before possibly developing into an every-game starter. This is essentially the route the team took with Lemieux during his 2020 rookie campaign.

Taking his situational and matchup-based schemes into consideration, Patrick Graham needs depth for multiple spots — this includes at inside linebacker alongside the tackling machine that is Blake Martinez.

While Tae Crowder showed great promise last season, it wouldn’t hurt to add another talented body like Isaiah McDuffie to the mix.

The Boston College linebacker was also a tackling machine in 2020, having racked up 107 combined and 54 solo.

Graham always finds ways to be creative with his unit and provide a number of individuals playing time, so the veteran coordinator would surely locate a role for the then-rookie.

Depth is important in the defensive backfield, even if you already employ a secondary that’s loaded with talent like the Giants do.

Kary Vincent Jr. is versatile and possesses experience playing both cornerback and safety. Graham and Joe Judge would certainly favor this on-field quality and utilize him as a situational defensive back if he were to make the roster following the preseason.

The offensive line is another position group that can never possess enough depth, and the Giants may need a reserve swing tackle on the roster given Nate Solder’s uncertain future.

Iowa’s Alaric Jackson found success playing against NFL-caliber talent in the Big Ten and was a first-team all-conference selection this past season.

Having a reliable backup would be beneficial for a unit that must develop in 2021.