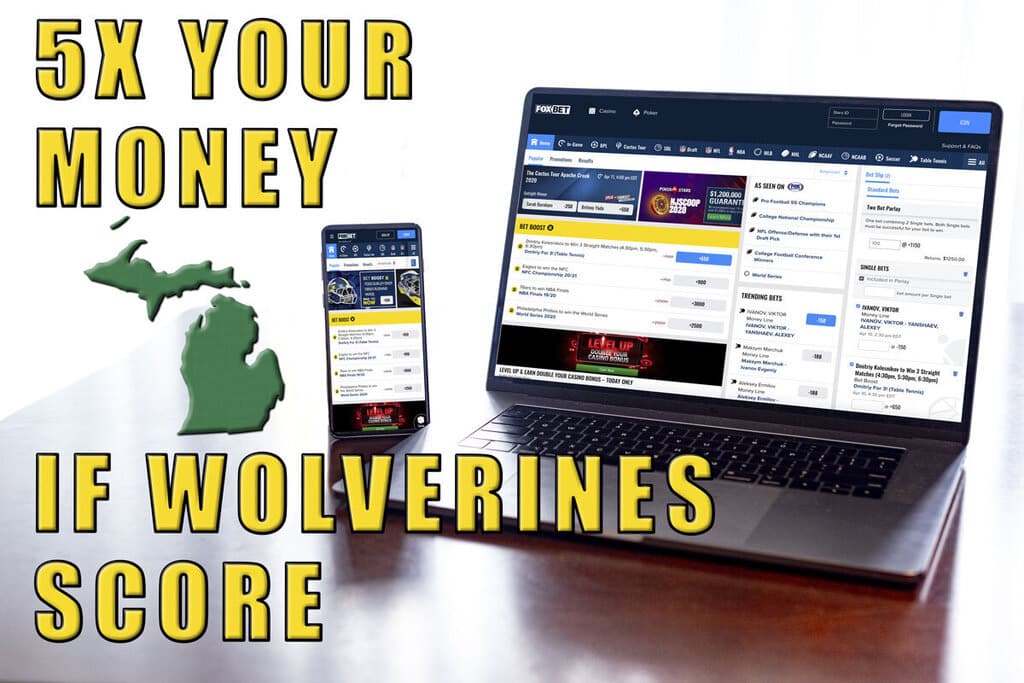 If you’re a new player looking to bet on basketball this week, FOX Bet is worth a look in states such as Pennsylvania and Michigan.

New FOX Bet players in both Michigan and Pennsylvania can take advantage of a no-brainer 5x payout that cashes when the Wolverines and Sixers, respectively, score a point.

In this case, FOX Bet, which offers some of the most creative new player specials among legal sports betting apps, has combined a can’t-lose proposition with an extremely aggressive payout, creating a must-have deal.

With basketball now taking the primary focus of most sports bettors, FOX Bet has turned its attention to the hardwood with a new player promo that’s designed to cash.

This week, new players in Michigan and Pennsylvania can wager $10 to win $50 when their team scores. PA bettors can back the Sixers to score against the Rockets, while Michigan bettors can do the same with the Wolverines when they take on the Ohio State Buckeyes this weekend.

While we probably don’t need to spend a significant amount of time covering why this bonus is a lock, let’s run through some quick notes.

In both cases, not only will this special pay, but it will likely hit within each game’s opening moments.

How to Get Started with FOX Bet

The FOX Bet app has emerged as a popular online sports wagering option for players in states such as Colorado, Michigan, Pennsylvania and New Jersey. This week, bettors in PA and MI can take advantage of an awesome basketball no-brainer, while bettors in NJ and CO can grab a $500 risk-free first bet.

In order to get these new user offers, simply use the appropriate links located both above and below.