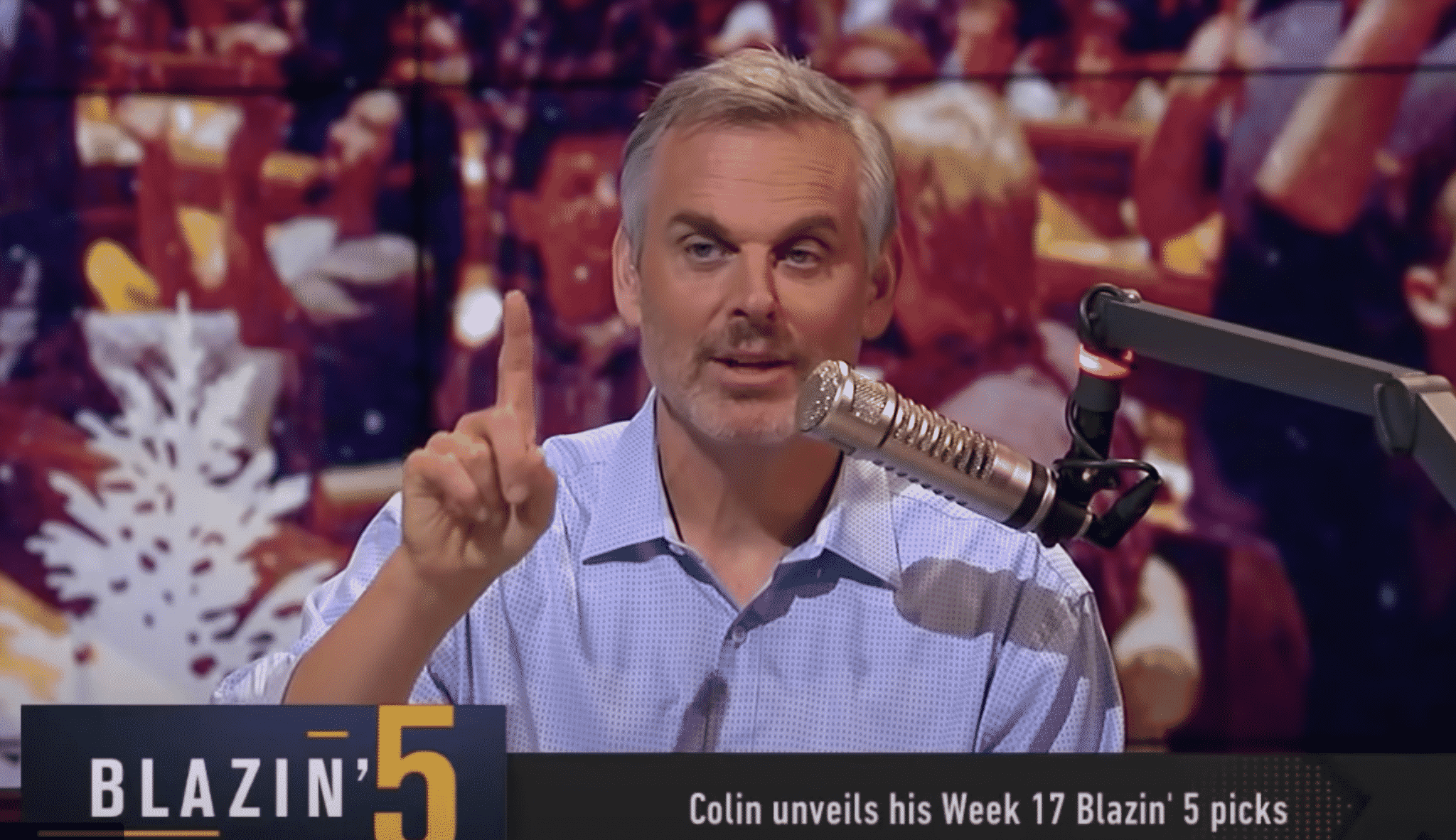 Colin Cowherd has released his “Blazing 5 Picks” ahead of a packed Week 17 slate of NFL games.

Colin Cowherd has made his picks and predictions for NFL Week 17 action. These are his against the spread picks.

Colin starts off his Blazin’ 5 picks with a game that he believes could go either way. He still believes that the value lies with the Giants.

Despite Dallas’ slight improvement in recent weeks on defense, they’re still a dreadful group relative to the rest of the league. The Cowboys have allowed 30.0 points per game (30th in the NFL) with opponents rushing for 161.1 yards per game (worst in the league). Getting off the field on third down is critical to a team’s chances of winning, yet Dallas has allowed opponents to convert on third-down 48.5% of the time (29th in the NFL).

Former Cowboys head coach Jason Garrett has worked well with Giants QB Daniel Jones, who hasn’t had an interception in his past five games.

Colin thinks this pick is an easy one. He believes that a divisional game against a Panthers team that’s relentless and doesn’t quit could cause problems for the favored Saints.

Carolina’s led by a young coach with a young roster looking to finish out the year strong. They’re 4-1 in their last five games against the spread, and eight of their losses have come in one-possession games.

New Orleans is the better team, but this should be closer than the spread indicates.

Colin doesn’t often call for a blowout win, but he’s doing so in his third pick of the week. His reason for doing so is that he believes the Houston Texans have quit on their season.

This could be a massive game for Derrick Henry, who embarrassed the Texans in Week 6. In that matchup, Henry rushed for 212 yards and totaled 264 yards from scrimmage overall. He also rushed for two TDs. The Titans are one of only three teams averaging at least 30 points per game this season.

Cowherd believes this is another straight-forward pick as the presence of tight end George Kittle will boost the Niners in a divisional matchup.

San Francisco’s defense has been a top-5 unit in certain metrics that matter. They’ve allowed just 316.7 total yards per game (5th in the NFL), including 211.2 passing yards per game (4th in the league). They’ve been stout against opponents on third down, allowing a conversion percentage of just 35.6% (3rd in the NFL).

Colin believes Seattle has an identity crisis, with Russell Wilson recording 14 giveaways in his past 10 games. While Seattle is the better team, this late divisional matchup could be close.

Colin’s final pick of the week includes the Eagles playing spoiler against a division rival on Sunday Night in front of a national audience. He believes Philadelphia is poised to win the game outright.

Eagles coach Doug Pederson is 8-4 against the spread as a home underdog and could be coaching for his job. The uncertainty around Alex Smith’s status is another concern as Washington has not been the same team without him under center. When he’s played for the Football Team, they’re 10-5. When he doesn’t play, they’re 6-26.

Philadelphia’s defense is one of five teams with over 45 sacks on the season. While they have a banged up secondary, he believes Washington -assuming Smith doesn’t play- won’t be able to take advantage.

Meanwhile, Jalen Hurts has racked up yards since taking over as the Eagles starting QB. Since Week 14, the Eagles’ 437.3 yards per game ranks second in the NFL, while their 171.3 rushing yards per game is the fourth-highest mark in the league. They’ve also executed 25 big plays, which is tied for the eighth-most in the NFL over that stretch.