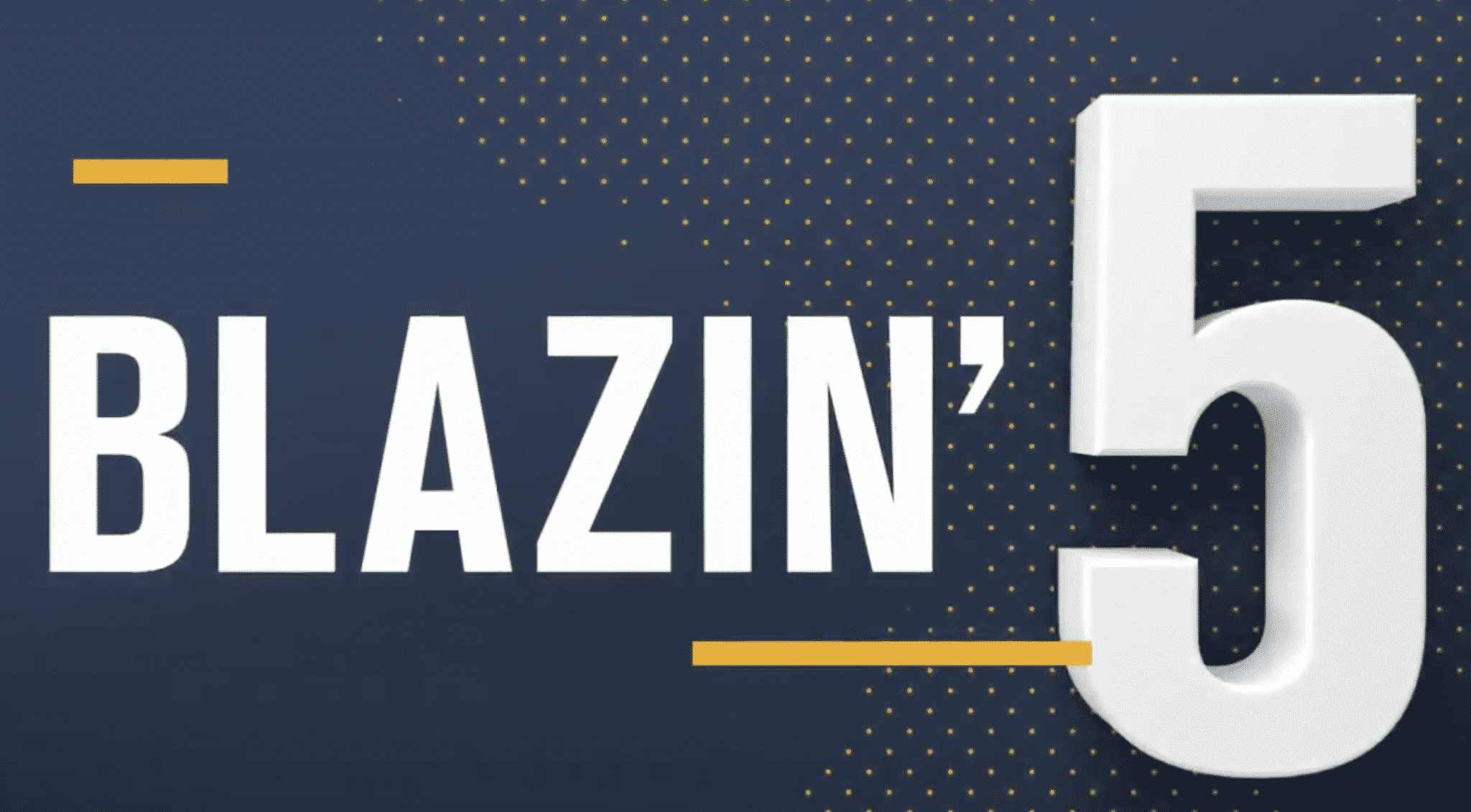 Colin Cowherd has released his “Blazin’ 5 Picks” ahead of a packed Week 7 slate of NFL games.

Colin Cowherd has made his picks and predictions for NFL Week 7 action. These are his against the spread picks.

Colin’s “Blazin’ 5 Picks” kicks off with a battle between the 4-1 Green Bay Packers and the disappointing 1-5 Houston Texans. Cowherd’s logic in taking the road team is pretty simple: Aaron Rodgers’ squad was flat-out embarrassed on national TV 38-10 by Tom Brady’s Tampa Bay Buccaneers.

In five games this season, Green Bay has turned the ball over just two times, both against the Bucs.

Green Bay’s explosive offense should feast on a woeful Texans defense that finds itself near at or near the bottom in every major category. Houston’s defense has allowed 424.0 yards per game (30th in the NFL), including a league-worst 177.5 rushing yards per game. Opposing QBs have posted the second-highest passer rating (111.5) against the Texans this year, while Houston has also allowed 49 plays of 20+ yards, the worst mark in the NFL.

Cowherd’s second pick comes down to a rule he’s held for a long time, any time you can take a great team with the points, you do it. In this case, the 5-0 Pittsburgh Steelers are on the road getting two points against fellow 5-0 squad the Tennessee Titans.

Tennessee’s starting left tackle Taylor Lewan is out for this game. The Titans’ defense is last in the NFL on third down this season, due to a nonexistent pass rush. Not getting off the field on third down will extend drives and Steelers QB Ben Roethlisberger is in the midst of the best season of his future Hall of Fame career. Big Ben’s completion percentage (69.1%), TD-INT ratio (11-1) and passer rating (109.1) are career-highs.

Colin’s bucking the traditional view of bettors taking the team getting 7.5 points. Given the tight standings with Carolina entering play at 3-3 and New Orleans up a half game at 3-2, bettors will have to buy into the logic to make some real money.

The Saints are 3-1 over their past four games coming off a bye week. Drew Brees is taking on a Panthers defense that has recorded a league-worst 5 sacks through six games, while Brees is completing 71% of his pass attempts, third-best in the NFL.

This could also be a big game for Alvin Kamara, whose 135.2 scrimmage yards per game and scrimmage TDs represent the best marks in the entire NFL. Kamara has also broken 18 tackles this season, tied for the second-most in the league.

Ultimately, the Saints might have the biggest advantage of all: they spent the past two years practicing against Teddy Bridgewater when he was a member of the New Orleans organization and Sean Payton has had an extra week to implement a gameplan to mitigate his best attributes.

Get a $1,000 risk-free first bet and the Chiefs to win at 25-1 odds this week at FanDuel Sportsbook right here.

Russell Wilson is having a bonkers season thus far, leading the league in pass yards per attempt (8.9), passing TDs (19), and passer rating (129.8). As if that weren’t good enough, he’s also completing 72.8% of his passes this season, the second-best mark in the league.

In Wilson’s career, he’s 6-1-1 all-time against the Cardinals, with the lone loss coming in the first game of his NFL career.

If you agree with Colin Cowherd’s assertion that Seattle will prevail by double digits, you can get the Seahawks -10 at +190 odds at FOX Bet.

Colin’s final pick of the week might be seen as controversial as he’s taking the 4-2 Rams against the 5-1 Bears.

The Bears have been quite the story this season, replacing former #2 overall pick Mitch Trubisky with Super Bowl MVP Nick Foles, riding the wave to the top of the NFC North. The issue is that Foles has had at least one interception in five straight games, the longest streak in the NFL.

Cowherd believes the Rams’ defense is better than the numbers indicate, having allowed fewer than 20 points in four of their six games this season.

A positive for LA’s offense: Jared Goff has the league’s highest passer rating in the fourth quarter.

Related Bets Worth a Look

Given Colin Cowherd’s focus on the Saints and Titans in this week’s “Blazin’ 5 Picks”, this super boost is worth a look as it can hit independent of the games’ outcomes. If Alvin Kamara and Derrick Henry each find paydirt, your $20 bet will pay out $50.