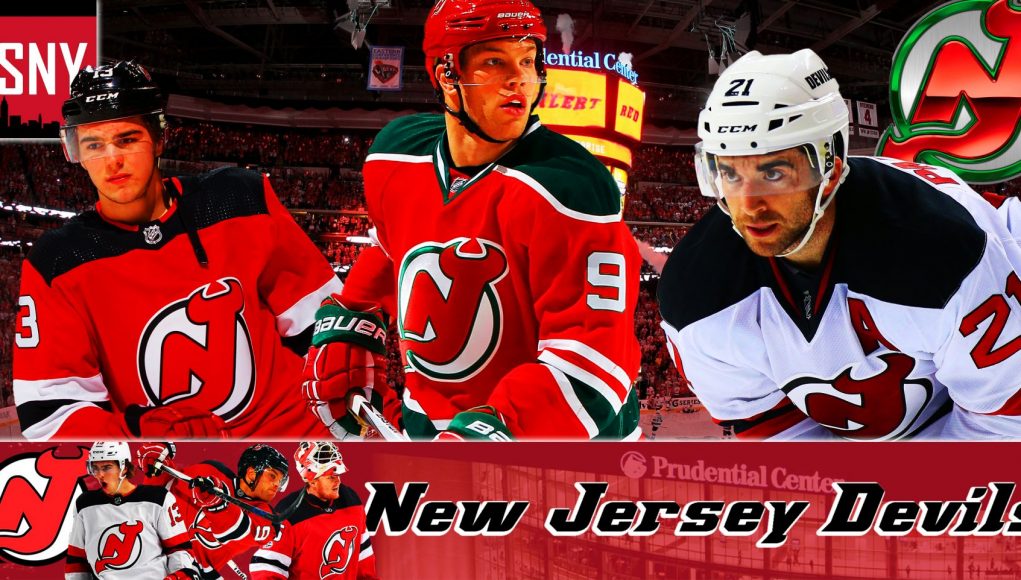 Starting in Calgary on Tuesday night, the New Jersey Devils will play their next three games in Western Canada which will run till Sunday.

Starting tonight, the New Jersey Devils will be making their way Northwest into Canadian country, as they will face three Western Conference teams, beginning with the Flames.

This will be the first meeting between the two teams, as they will each play host to one another in their two-game season series. Calgary will be at the Prudential Center in January.

This season have different stories for the Devils and Flames. Last season, the Flames became the surprising team out of the Pacific Division. Many had hoped with the addition of Dougie Hamilton from Boston, that it would propel them into a bonafide contender.

However, the opposite has happened. The Flames are near the bottom of the Conference with (13) points, and sitting one point ahead of the last place Edmonton Oilers. Their record of 6-12-1, includes them being 3-5 at home.

To make matters worse, they are being outscored by their opponents 45-72, a goal differential of (-27), which is the NHL’s worst. In the Flames last (10) games, they are 4-5-1 with their most recent loss coming at the hands of the defending Stanley Cup champions Chicago Blackhawks by a score of 4-1.

Last season’s Jack Adams Award winner head coach Bob Hartley has his work cut out for him, and needs to find a solution to his team’s struggles.

And that will start in net. Currently, all three of the Flames goalies have a save percentage below .900. You can’t win games if you don’t have reliable goaltending.

Tonight, Karri Ramo will get the start. It’s been a strange season for the 6-2 netminder, as he was placed on waivers earlier this season, only to find himself right back in the thick of things. He is 4-7 on the season with a goals against average of near 4.00. However, Ramo have the best save percentage of the three goalies at .898.

For the Devils, they are trending upwards. They’ve taken down contenders through their march of the Metropolitan Division, and sit fifth overall in the Eastern Conference.

The team has been fun to watch this season, with first year general manager Ray Shero and head coach John Hynes bringing in a breath of fresh air. New Jersey looks quicker, younger, and RELENTLESS!

This will be the Devils longest road trip to date, as they will make stops in Edmonton and end in a rematch with Vancouver. Away from the Prudential Center, the team is 5-2 and are on a two-game winning streak.

Their goal differential is a (+4), averaging 2.47 goals a game, and having one of the top power plays in the NHL.

Unlike the Flames situation in net, the Devils haven’t had to worry as they have Cory Schneider to lean on. he currently ranks among the league’s best this season in wins (9) and goals against average of 1.98.

He is 3-2 in his past games started, but his save percentage have never dipped below .929. Last game against Pittsburgh Penguins, Schneider was perfect, making 21-saves to earn his first shutout of the season.

Former Flames forward Mike Cammalleri has been thriving for the Devils, as he leads the team in points with (17). Last game, he recorded a three-point night with one goal and two assists, that included a crafty backhanded shot that slipped under the pads of Jeff Zatkoff.

Mike Cammalleri’s first PPG of the season came Saturday vs. Pittsburgh and was powered by @ConstellationEG! pic.twitter.com/po5utSRJUb

Look for these two players to be the Devils’ x-factors tonight versus the Flames.