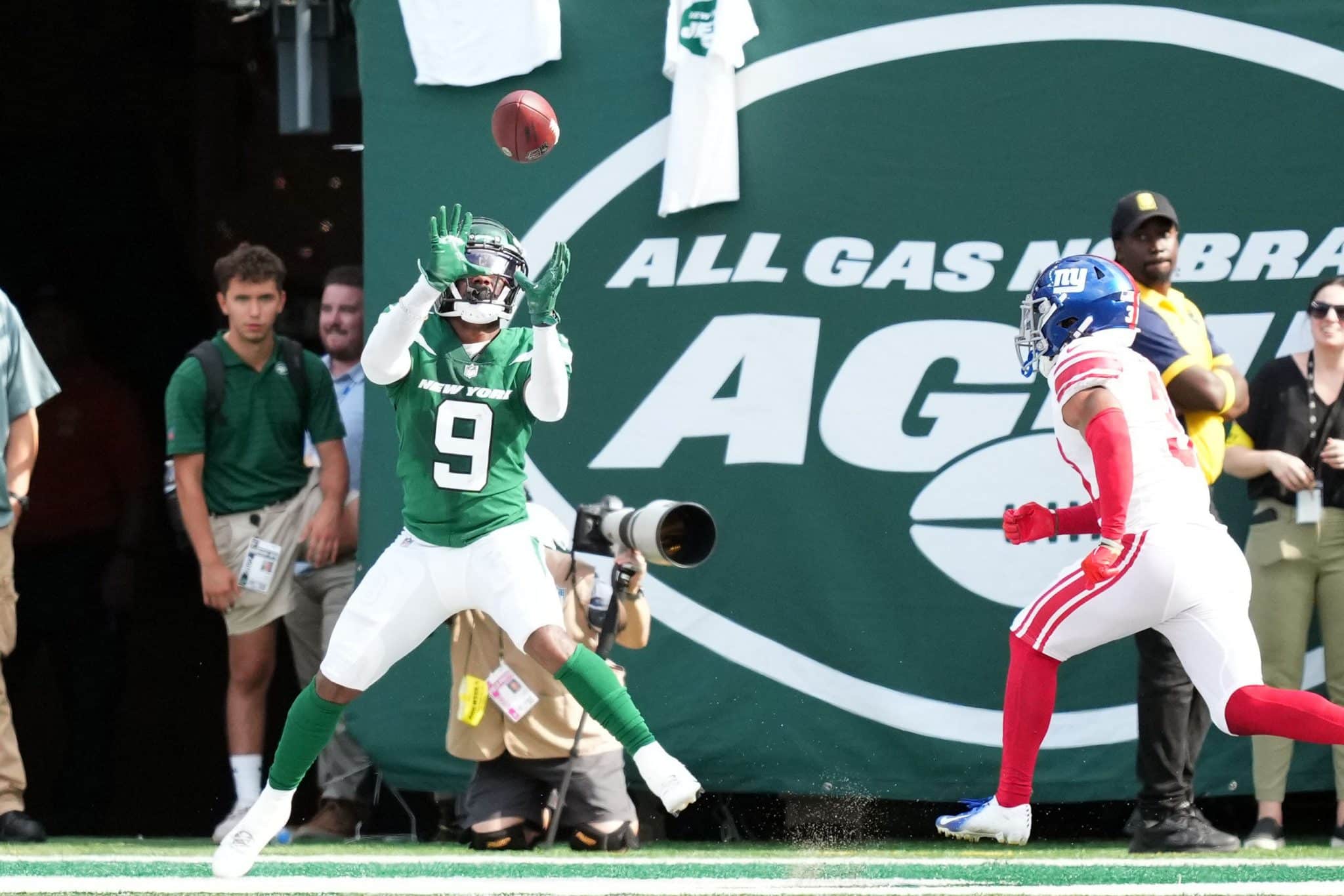 While Sunday was a rough day for Mets fans, it was a great one for New York football. Both the Giants and Jets won their respective Week 5 matchups in impressive fashion. They did it in different ways, though.

As for the Giants, they faced a significant deficit against Aaron Rodgers and the Green Bay Packers in London. New York was losing 20-10 at halftime and 20-13 after three quarters. But then they scored 14 points in the fourth quarter to complete the upset and improve to 4-1.

At MetLife Stadium, the Jets and Miami Dolphins played a tight game until the fourth quarter. That’s when Gang Green rattled off 21 points to pull away and secure another victory. The 40 points they scored in this matchup marked the first time they reached that number since Week 6 of the 2018 season. That’s when the Jets scored 42 points in a shootout victory against the Indianapolis Colts.

But as we head into Week 6 of the 2022 NFL season, something weird is going on at the Meadowlands. Both the Jets (3-2) and Giants (4-1) own winning records. How long has it been since that’s happened? It’s been almost a full decade, folks:

The #Giants and #Jets both have winning records for the first time since 2015.

We have to get a little more specific for this because the Jets finished 2015 with a 10-6 record while the Giants finished 6-10. Both New York teams simultaneously owning a winning record last happened in Week 9 of the 2015 season. The Giants were 5-4 prior to losing six of their final seven games. The Jets were 5-3 at that time, dropped to .500 after losing two straight in Weeks 10 and 11 before winning five of their last six.

Since 2015, the Jets and Giants have combined to post just two winning records over the course of an entire season. It was that ’15 campaign for Gang Green and the 2016 season for Big Blue.

I know what you might be thinking right now…can they both finish with winning records? That’d be awesome, but it’s also a long way until the end of the regular season. But we’ll find out soon enough. The last time it happened was in 2010. The Jets finished 11-5 and made the playoffs, while the Giants were 10-6 and missed the playoffs.

Either way, it sure has been nice to have meaningful football get played at MetLife Stadium well in October for a change.