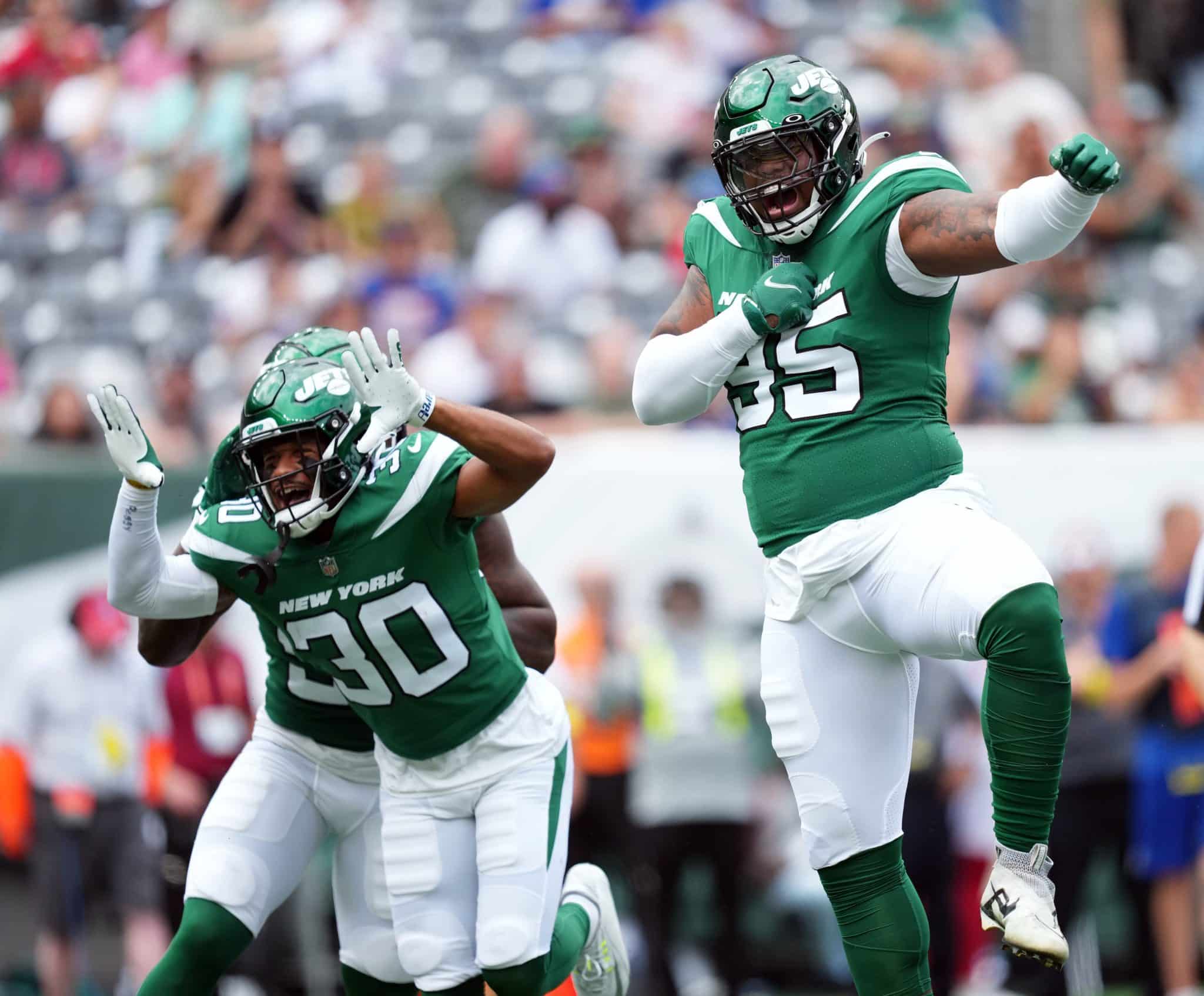 The Jets are coming off a miraculous fourth-quarter comeback against the Browns in Week 2. They’re back at home to face the 0-2 Bengals, and things haven’t gone well so far in the first half.

At the time of this writing, head coach Robert Saleh’s squad is looking at a 20-6 deficit before even heading into the locker room for halftime. With Cincinnati quarterback Joe Burrow having his way with the Jets’ defense right now, things got a little heated on New York’s sideline between Quinnen Williams and a defensive line coach:

Tensions are running high with Quinnen Williams and the Jets👀pic.twitter.com/LFE3dTIkDc

This kind of interaction isn’t all that out of the ordinary given the situation. There’s a lot of anticipation going into an NFL game. When things quickly go in a direction nobody was anticipating (and fast), emotions are bound to run high. It mostly just means everyone cares and is taking what’s happened on the field personally, which is probably a good thing.

What the Jets are going to need, though, is to put some points on the board. That’ll be a little bit harder without rookie wide receiver Garrett Wilson on the field. He took a huge hit in the second quarter and went into the locker room with a rib injury. The wideout is currently questionable to return to this game.

Either way, it looks like New York could use a minute to regroup at halftime, or just find a way to execute on the field more consistently in the second half.