America has had more spring football leagues (five) than presidents (four) in the last 21 years.

Three XFLs (the next coming in 2023), the AAF and the USFL, which kicks off Saturday with FOX and NBC simulcasting the historic tilt between the Birmingham Stallions and New Jersey Generals like it’s Super Bowl I.

It’s the dream that will never die, even after it repeatedly fails. You start a league, hire some retread head coaches and players with name recognition, cook up some cool uniforms and rules and enjoy early success. Then Donald Trump happens or the money runs out or a pandemic hits and it all falls apart. And then someone else picks up the baton and tries again.

The USFL is tough to figure. It’s basically The Spring League — which was a sustained, if largely unknown, single-site developmental league for a few years — with a brilliant marketing gimmick. Using the original USFL’s intellectual property grabs attention and sells merchandise, but beyond that it’s going to be a bunch of nobodies playing on a sound stage (the entire regular season is in Birmingham; the playoffs in Canton, Ohio). Are people really going to care after the first week? A cynical outlook is quite understandable.

That all said, the USFL may already be too big to fail. FOX is a minority owner in the league and has thrown its full marketing weight behind it, NBC reportedly has a significant multi-year deal for broadcast rights and the league is controlling costs with the single-site approach. They say they plan to have the teams actually play in their home cities in the future, but those goalposts (and cities) are easy to move depending on how things unfold. The XFL 2.0 probably would have progressed if not for the pandemic; the USFL may prove to be the same. And by beating the third itineration of the XFL to market, it has a leg up if this ends up being a viable business.

As for the Generals … they apparently may be really bad. DraftKings currently has them at +750 to win the USFL, the second-worst odds behind the Stallions at +900. And CBS Sports has the Generals dead-last in its preseason power rankings, for what it’s worth.

The Generals are coached by Mike Riley, a very underrated college coach (he worked a miracle at Oregon State, look it up) who is the Zelig of alternative football leagues. He’s been a head coach in the NFL, CFL, AAF and WLAF and he was an offensive coordinator in the XFL. Luis Perez, a converted bowler (no joke) who has been on NFL rosters, is one of the quarterbacks. Former Ohio State running back Mike Weber is in the backfield and the secondary is supposed to be OK. Maybe they’ll shock the world this spring.

Giants are (rightfully) doing thing everyone (wrongly) freaks out about 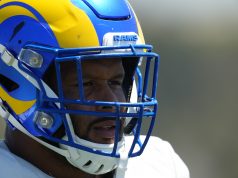 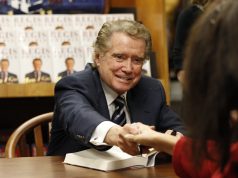