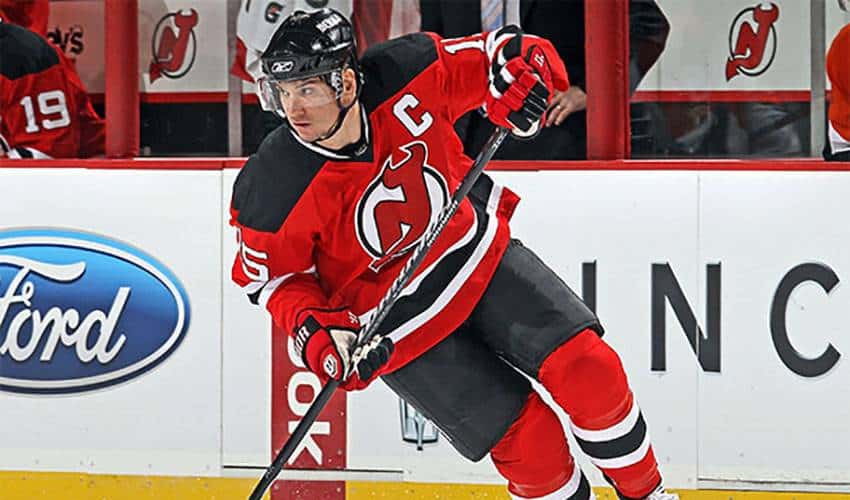 Why Jamie Langenbrunner was my favorite player.

Over the coming days, ESNY staffers are going to share our favorite athletes. Why did we cheer for them? What about them made them our favorites?

Being a fan of three New York/New Jersey area sports teams as a 23-year old, to be frank, has not brought a large amount of joy. However, there have been several players over the years that have made watching these teams – New York Mets, New Jersey Devils, and New York Knicks – the last couple decennials a lot easier.

From Johan Santana’s first no-hitter in Mets’ history and his dominance in the blue and orange from 2008 to 2010 to the current dominance of the best pitcher in baseball in Jacob deGrom.

Who can forget about future hall of fame forward Carmelo Anthony’s dominance at the world’s most famous arena? Also, a personal favorite of mine, for reasons that can be made into a story at a different time, is Devils’ current top two-way defenseman, Damon Severson.

There are also countless other NY/NJ area athletes that I hold near and dear.

However, as close as the place next to my heart these athletes have, none can be compared to former New Jersey Devils’ forward, and captain, Jamie Langenbrunner. At first glance, this my make little sense. I do not blaming you for thinking such. So, to help it make as much sense as possible, let me explain:

Langenbrunner was the Devils’ captain when my hockey and Devils fandom started back in the late 2000s. My first hockey game was an Atlanta Thrashers’ game at the Prudential Center in Newark where Langenbrunner scored a goal.

As an eight-or-so old kid, the Langenbrunner goal, among other aspects of the game, is all I needed to see to fall in love with hockey. Especially given how spectacular our seats where for that game (first row, right behind the penalty box).

Due to this experience, my love of the game has given me so much. Hockey is how I got into the sportswriting hobby I enjoy so much today. It also opened a whole new avenue of how to evaluate athlete and team performance through analytics. And so on and so forth.

To bring this story full circle, let’s go to the Christmas after the game referenced above. My Uncle, who brought me to the game, gifted me a Langenbrunner red and black jersey.

The authentic jersey, of course, had the “C” on it. That very sweater is still the jersey I wear to every Devils’ games. It is a mystery on how it still fits.

Nonetheless, whenever I make the trek up to Newark to go to “the Rock,” I am often reminded why I fell into love with the game in the first place. That is why my favorite NY/NJ athlete of all-time is number 15, Jamie Langenbrunner.