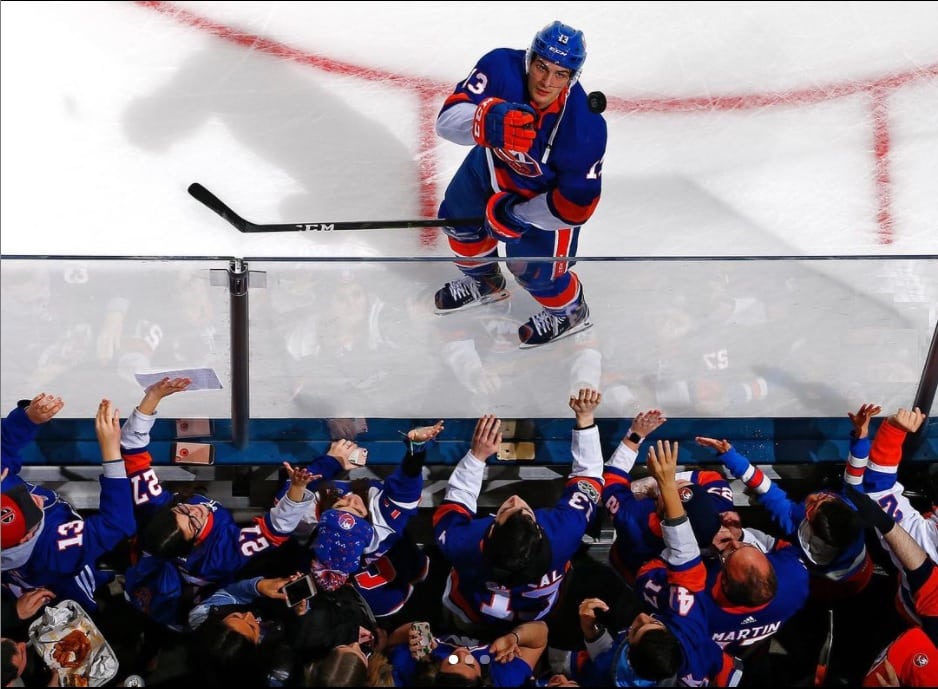 The New York Islanders’ lines in 2021-22 are going to look very similar to the end of last season.

Lou Lamoriello is a jedi. He gets deals done when nobody thought there was interest, signs players for what feels like way under market value, and has now built the New York Islanders into a legit Stanley Cup contender.

With the exceptions of swapping out Jordan Eberle for Zach Parise up front and replacing Nick Leddy with Zdeno Chara, the Islanders’ lineup to open the new year will be pretty close to the roster we saw close out last year’s playoff run.

It’s evident that the Islanders have faith in their players and wont even need to change the lines because if it ain’t broke, don’t fix it.

So what are the lines Barry Trotz will put out on the ice this season?

Both Martin and Varlamov are going to open the season on the IR, meaning Ross Johnston will slot in for Martin on the fourth line and Sorokin will likely start in net with Cory Schneider backing him up.

The Islanders’ top line is going to be one to watch this season because of the return of Lee and the departure of Eberle. Eberle’s absence is going to hurt, but Palmieri has been a pretty great goal-scorer throughout his career, last season aside.

Plus, the face of the Islanders — Barzal — is going to have his captain and linemate Lee back, who was playing some of the best hockey of his career last season before suffering a season-ending injury.

It will be interesting to see how Lee does coming off his surgery and how both he and Barzal will connect with Palmieri, who has the potential to score most of that line’s goals.

Each member of the third line should benefit from the situation they’ve found themselves in.

Parise is coming off the worst season of his career, but is going to enjoy an upgrade in teammates and should be able to thrive as the primary goal-scorer on that line.

The fact that he’s poor defensively shouldn’t be a problem for him or the team, at all, since the Islanders are elite, in that regard.

Pageau has been one of the Islanders’ most important players since coming over from the Ottawa Senators and could even be in store for his best season yet now that he’s going to play on a consistent line with the same guys.

Wahlstrom was incredibly impressive in his first full season in the NHL and should improve even further because of the line he’ll be playing on.

Defensively, we can expect Pelech and Pulock to be one of the best pairs in the NHL once again. They’re great together and will be building blocks of the franchise. With reports this week that Pulock is getting a new, long-term deal, they’re both here for the next eight years (at least).

The bottom-four will be a group to watch. Chára isn’t the legendary defenseman he once was, but even at age 44 he’s still very serviceable. He’s above average defensively and the hope is that what he’s missing in his offense, Dobson can do.

Dobson is coming off a bad season, but should improve one way or another from playing with such an all-time great. Chára should be fun in his return to the Islanders.

Mayfield enjoyed the best season of his career in 2021, but it’s unclear whether he’ll be able to play as well this season because of the downgrade in linemate.

Leddy wasn’t great last season, but he was one of the team’s top scorers, allowing Mayfield to focus on his defensive game.

Mayfield’s linemate this season, Greene, isn’t really good at anything these days, so Mayfield will be under some pressure to do it all up and down the ice.

Most of the Islanders’ lines, especially the forwards, are going to look the same as last season, but the team is still going to be fun to watch.

They’ve cemented themselves as one of the best in the game and the changes they made during the offseason are interesting. How much of a difference will these changes make? Will the new signings be enough?