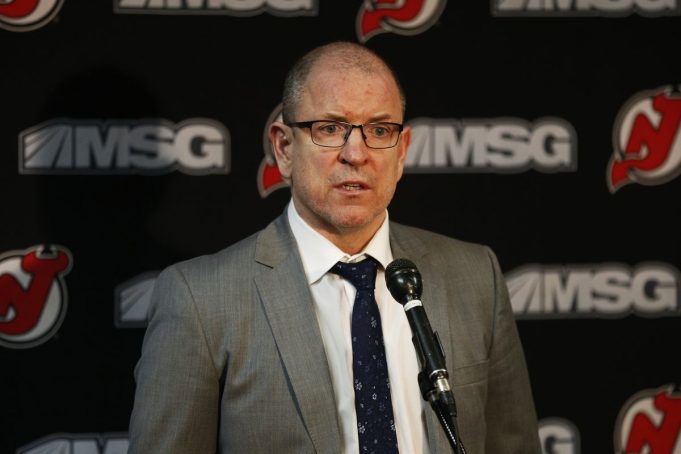 New Jersey is reportedly in the market for an impact defenseman.

According to Sportsnet’s Elliotte Friedman, the New Jersey Devils are open to trading the fourth overall pick in the 2021 NHL Draft.

Friedman reports the Devils are looking for a “good, young defenseman” if they do move out of the top four in the upcoming draft.

The Devils have roughly $37 million in salary cap space next season, and many anticipate GM Tom Fitzgerald being active in both the free agent and trade market this summer.

New Jersey also owns the 28th overall selection in this coming draft, acquired from the New York Islanders in the trade that sent forwards Kyle Palmieri and Travis Zajac to the Isles.

One of the immediate possibilities the Devils could consider would obviously be Seth Jones, who is unhappy in Columbus. The Devils could meet his high salary demands given their amount of cap space.

Another player linked to the Devils is Coyotes defenseman Jakob Chychrun. Chychrun, 23, is signed for the next four seasons.

This would be a high profile move for the Devils; moving a top-five pick doesn’t happen often but it appears the Devils are ready to add veterans to their young core in an effort to make a run in the more immediate future.