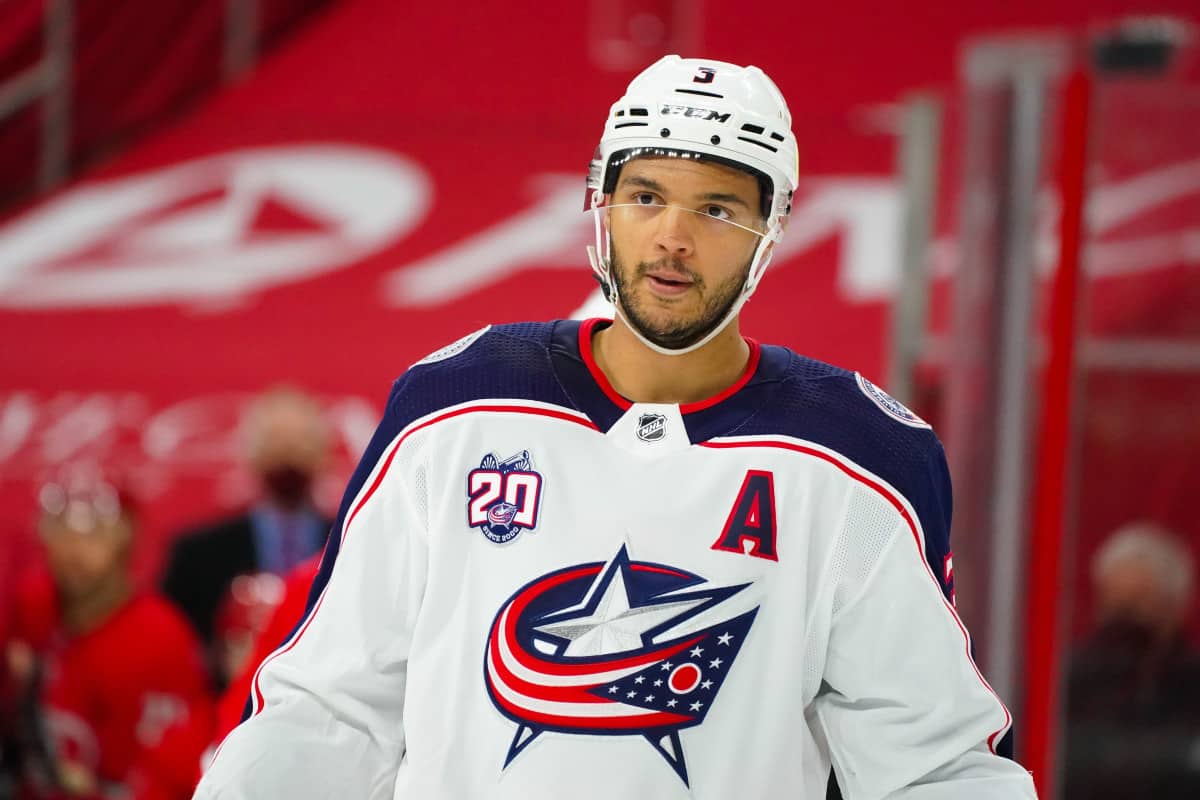 Seth Jones wants out of Columbus and New Jersey could use him. The time to make a bold move is now!

Off the ice, the big news in the NHL this weekend was the report that Columbus Blue Jackets defenseman Seth Jones wants out. He has one year remaining on his contract and has apparently told the club he intends to hit the open market.

Columbus has been through this dance far too many times in recent years, including with Rangers superstar forward Artemi Panarin.

Former Rangers president John Davidson, who is back with the Blue Jackets, spoke about the issue.

“If [Jones] chooses not to sign a long-term deal, I won’t disrespect him for it,” Blue Jackets president Davidson told The Columbus Dispatch on Sunday. “He has that right. I mean, that’s the business of hockey. He’s a player we’d love to have for the long term, but if that’s not going to work out, then we have to do what we have to do to protect our franchise to continue to build a hockey club with players that want to be here. It’s that simple.

“… Everything will be on top of the table. Anything can happen, one way or the other, depending on what Seth’s decision is. That’s just being forthright. You’ve got to weigh every option possible to do what’s right for your club.”

If everything is on the table, the Devils need to go all-in to get Jones.

Jones, who will play his age-27 season in 2021-22, is an elite defenseman — precisely what the Devils lack. If the Devils want to make a jump into contender status, Jones is the kind of player they need.

And legit No. 1 defensemen don’t hit the market very often.

If we look at how the current Devils have been built, defense has not been a focus of the front office.

New Jersey selected defenseman Shakir Mukhamadullin with their third pick in the first round last year. But four of their last five top picks have been forwards; Ty Smith is the only defenseman (No. 17 overall in 2018).

The Devils brought in PK Subban to bring a veteran element to the back end but that hasn’t worked as well as planned. With one year and $9 million left on his contract, Subban is entering a walk year just like Jones.

New Jersey needs to get a young, reliable leader on the back end to take the team to the next level. Jones fits that profile perfectly.

Like we said, a legit No. 1 defenseman doesn’t hit the market very often, so this isn’t going to be an inexpensive proposition for the Devils if they want to enter the chat. But the Devils have assets to make an intriguing offer.

We’ll start a trade offer with 22-year-old center Jesper Boqvist, who has 63 NHL games on his resume. The 36th overall selection in 2017, Boqvist would fit the profile of a young, controlled top-six center that Columbus would want in a deal. Boqvist has one more year on his entry-level contract.

We’ll throw in forward Nolan Foote as well. Foote, who was Tampa’s first round pick (No. 27 overall) in 2019 was acquired in the Blake Coleman trade. Foote has a big body and has two years left on his entry-level contract.

To make the money work, New Jersey could include PK Subban in the deal. As we mentioned, Subban has one year left with a $9M cap hit; the Devils could retain half of Subban’s cap hit without hurting financially and make it worth the Jackets’ consideration.

What do you think? Would you make this deal if you were the Devils? Would the Jackets accept if this was proposed?