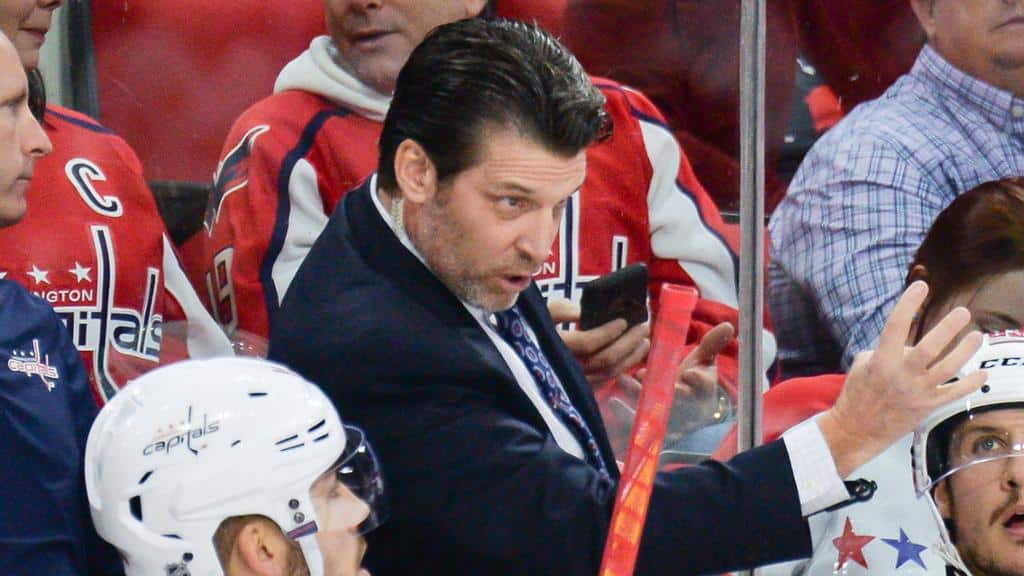 Lane Lambert is reportedly in the running to be the first head coach of the expansion Seattle Kraken.

We’re a little more than one month away from the Seattle Kraken selecting their first ever NHL roster. Their expansion draft is scheduled for July 21, with each team losing at least one player to the newest team in the league.

However, the while the Kraken have started scouting players to select, potentially trade for and draft, they have not yet named the first head coach in the history of their franchise.

When the Rangers hired Gerard Gallant, that took perhaps the biggest name off the table. Rick Tocchet, who had interviewed with the Rangers a couple times, is still available as well.

But one name recently linked to the Kraken could impact the bench with the Islanders.

In his Monday rumbling column at The Athletic, Pierre LeBrun linked Islanders associate coach Lane Lambert to the opening.

“One guy I thought all along the Kraken would want to wait and interview is New York Islanders assistant Lane Lambert,” LeBrun wrote. “Just how far the Islanders keep playing playoff hockey into the summer might affect whether or not they have time to do that.”

Lambert, 56, has been a Barry Trotz disciple for most of his NHL coaching career. He joined Trotz in Nashville, followed him to Washington and eventually joined him with the Islanders in 2018.

Lambert was on Trotz’s staff in Washington that helped guide the Capitals to two consecutive Presidents’ Trophies (2015-16 and 2016-17) and the Caps’ first Stanley Cup Championship in 2018.

We’ll see if the Kraken will be patient and wait for Islanders’ playoff run to conclude before going after Lambert.