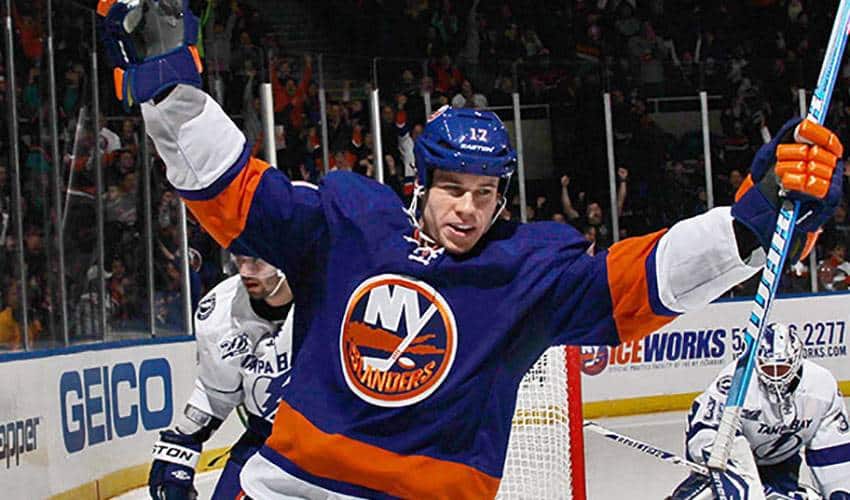 The Isles look to get a winning streak going.

The New York Islanders looked solid in their first game back, against the Pittsburgh Penguins, after a long layoff. They had been on a miserable losing streak, and the fact that they were able to put an end to it was relieving.

However, would they be able to turn this into a much-needed winning streak?

1st period: So much going on

The first period of this hockey game was quick and intense. The Islanders weren’t as dominant as they would’ve liked, but they did have some good looks.

An early Michael Dal Colle penalty gave the New York Rangers some momentum, but the Isles’ penalty kill was excellent. Jordan Eberle, who’s been the Islanders’ hottest forward, looked great in the first and had some great looks.

The second period was very similar to the first. The Rangers were the more dominant team here, as well, but the Islanders played decent hockey.

Semyon Varlamov, who had been playing very well, was arguably the team’s best player in the second. He came up with crucial saves in big moments.

The Isles were forced onto the penalty kill again, but did another superb job. They’d look to get the offense going in the third.

The pesky Islanders score a pesky goal, and there’s nothing wrong with that! They took advantage of a Rangers’ turnover that Casey Cizikas converted into a clever goal.

The team, as a whole, played very well, but elite goaltending from Varlamov as well as contributions up and down the lineup, primarily from that fourth line, allowed the Islanders to go home with another win.

Both Islanders goals were great, but the key moment of the game was Varlamov’s phenomenal save on an Artemi Panarin breakaway in the third.

Varlamov with the save of the night #Isles pic.twitter.com/bONfrBVSUR

This was an excellent save, but it also kept the Islanders in the game and allowed them to build momentum. This was a well-earned shutout for the Islanders net-minder.

Player of the game: Matt Martin

After a terrible start to the season, the fourth line has been turning things around, lately. Martin is a significant reason why.

This line has been key to the Islanders’ success, lately, and Martin will have to maintain this great play if this should continue to be the case.

All stats are courtesy of https://hockeystatcards.com/.