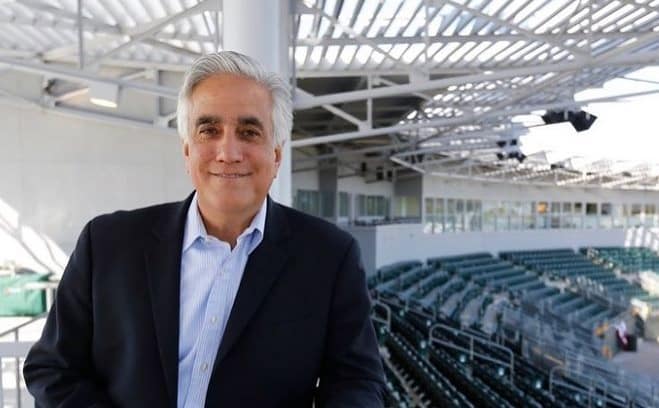 As the final moments were ticking off the clock of the Super Bowl, ESPN tweeted stunning news. Pedro Gomez, one of the long time fixtures in the network’s baseball reporting, had passed away. Gomez was only 58.

Gomez had been with ESPN since 2003. The network posted a somber note on his passing on Sunday evening.

His passing hit me especially hard.

A few years ago, I was part of the launch of a new venture that celebrated Latino culture through the lens of baseball. It was a partnership with the National Baseball Hall of Fame that was breaking new ground. There simply aren’t enough media outlets that talk about the culture of the game from a Latino perspective.

I will forever remember the raw emotion from Pedro as he reported from Miami in the wake of the tragic death of Marlins ace José Fernández. As a proud Cuban, he understood how losing a young, vibrant athlete impacted the community – because it broke his heart. His perspective in those moments was unmatched and unparalleled. I cried as I watched him cry.

The first time I was at a game and Gomez was there was the following season. I wanted to meet him. I had admired his reporting for years, and his voice was truly unique in baseball media. He connected with players, telling their stories because he had a relationship with so many of them.

This @pedrogomezESPN visit with SVP is a lasting window into his talent as a journalist and character as a man. https://t.co/gfa4Cwd5ih

When I introduced myself he looked at my shirt and greeted me in Spanish. I did my best to respond, but I’m not the most bilingual person. He smiled and put his hand on my shoulder. He thanked me for joining the incredibly small group of media outlets that cared about Latino players and wanted to tell their stories.

Each time I saw him after that he greeted me in Spanish. And I did my best to greet him in Spanish as well. After we crossed paths at a few events, he began approaching me.

But I wasn’t in his class. Not many reporters are.

Players laughed with him. They hugged him. He was a mic the players knew would take their words for what they intended them to mean and tell their story authentically.

We ran into each other at All-Star Games in Miami and Washington, DC. I saw him at playoff games. And we always exchanged kind words.

Pedro was a warm soul. He was always kind and compassionate. He saw young reporters and helped them. Even though he had reports to submit and hits to do from the field, he always found time to talk to players and other media members alike.

The news that he’s gone broke my heart on Sunday night. The baseball world lost a good man. The sidelines at big league ballparks will never be the same without him.

My thoughts and prayers go out to his family.