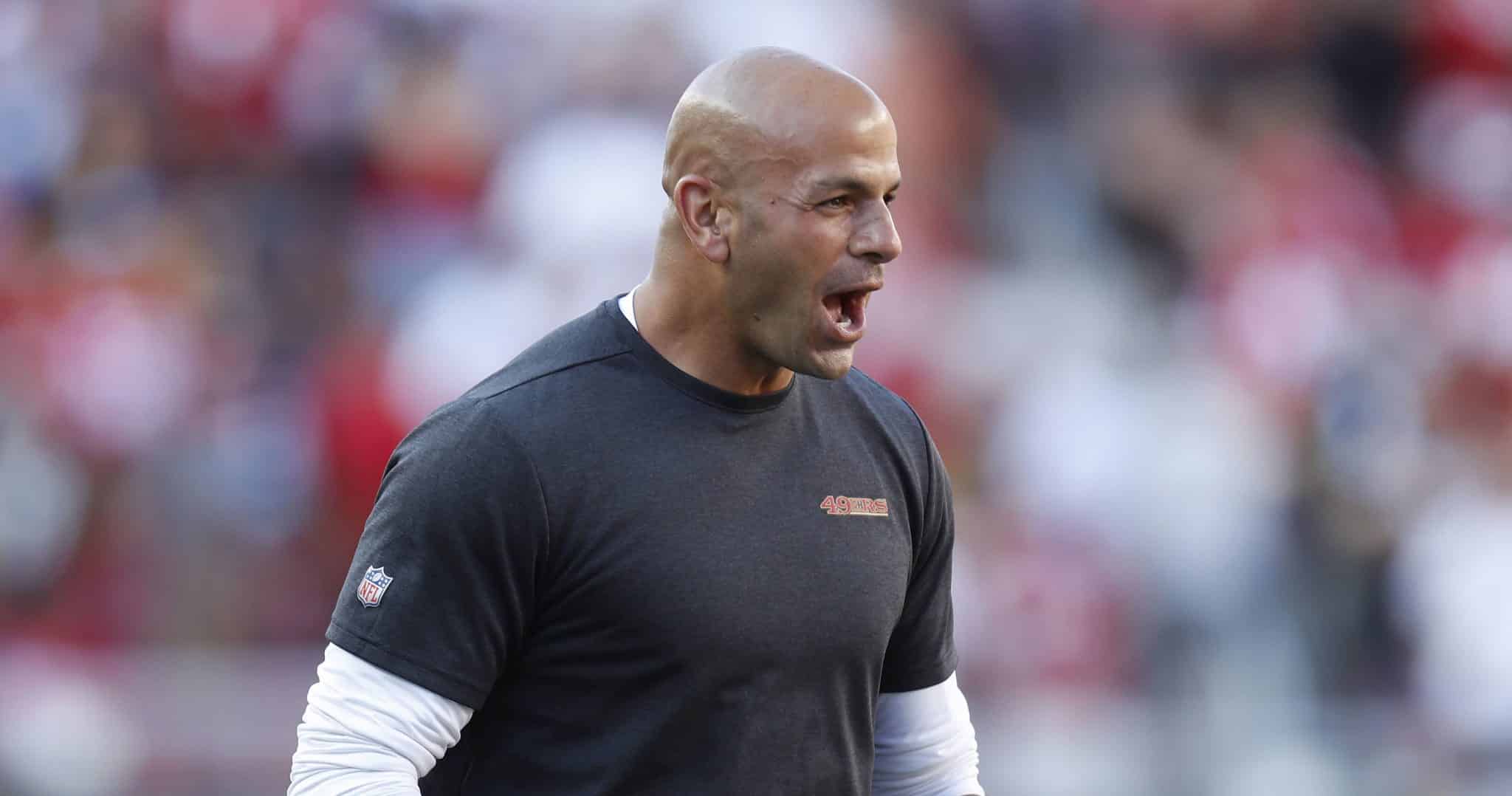 The New York Jets are hiring Robert Saleh to be their new head coach. Needless to say, players around the league love the move.

On Thursday night, the New York Jets seemingly finished the search to fill the void left by the recently fired Adam Gase. Both reports and an announcement from the organization revealed the team was to hire San Francisco 49ers defensive coordinator Robert Saleh to be its new head coach. Saleh is well respected around the league and ran a superb Niners defense out West despite numerous injuries this past season.

As with every coaching hire, you’ll have some who see the positives in the move and rejoice, but others who remain pessimistic. Regardless, it seems those in and around the league are thrilled over the news, expressing their excitement for the league’s newest head coach.

The @nyjets got a great one! Congrats to them!

Of course, Richard Sherman played for Saleh in San Francisco over the last three years. Being that he’s set for free agency this offseason, could Saleh recruit him to Florham Park?

Sherman has also spoken highly of Saleh in the past.

"He's able to rally men, he's a leader of men"pic.twitter.com/LXcqfQwhWT

“You got to give Robert Saleh an abundance of credit…an unusual amount of credit…to have the injuries that we’ve had week after week after week, the setbacks week after week…and he never makes an excuse,” Sherman said this past season. “And statistically, we’re still a top-five defense in almost every category.

“There are guys out there with Pro Bowlers and All-Pros and never had injuries, never had any adversity, and they’re not putting out a top-five defense. He’s not making any excuses, he’s making great plans week-in and week-out and we’re making it happen. I expect him to be a head coach next year because of what he’s able to do. He’s able to rally men, he’s a leader of men, and that goes a long way.”

Congrats to Coach Saleh and his family. @nyjets you got a great coach and an even better person. #newtorkjets pic.twitter.com/GbPHR3Ki3F

I am so damn excited for Saleh. He is a leader. Unbelievable man and coach. Can’t wait to watch him turn around the Jets organization!

Offensive tackle Joe Staley was additionally with Saleh from 2017-19 prior to his retirement.

Considering the energy Saleh is expected to bring to Florham Park, this already seems like a better hire than Gase. But with any coaching hire, it’ll be a wait-and-see type of situation. 2021 should reveal a lot about the organizational move.