NFLPA, Opendorse release list of the top NFL social media influencers. No Giants or Jets made the cut.

Being arguably the top market to help unify and advance your brand, social media has taken the professional sports landscape by storm in recent years. Many players, notably Russell Wilson and JuJu Smith-Schuster, have gathered a massive following on numerous platforms, with fans receiving the opportunity to witness the off-field side of their respective lives.

Recently, the NFL Players Association as well as Opendorse came together to release a list of the top social media influencers across the league, garnering the ten-best individuals across three categories.

However, no Giants or Jets players made the cut in the trio of departments.

Most Consistently Active on Social Media

Despite the fact that no Giants or Jets are present, there are numerous players across either organization who are beneficial social media follows, based on the type of content they release as well as the traffic they collect on said content. 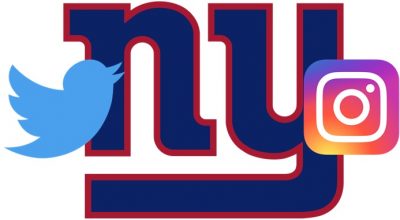 The young Giants wideout currently has 41.3K followers, mainly telling it like it is when it comes to expressing his thoughts on football or additional topics. His pinned tweet is actually about his alma mater, Auburn.

Auburn sports are literally bad for the heart

He also had some thoughts regarding the Eagles’ decision to bench quarterback Jalen Hurts for Nate Sudfeld against Washington in Week 17.

With 433.4K followers on Twitter, Saquon Barkley additionally expresses his thoughts and had something to say about the Eagles’ Hurts-Sudfeld swap.

Can someone make it make sense to me what’s going on….?

Logan Ryan is big on motivational tweets, which he puts out for his 110,000+ loyal followers to see.

Man What A Year‼️ Hard Fought. Not perfect but the foundation has been laid. Now we can build ☝🏾 @nygiants fans, I hope y’all are as excited as I am because big things are ahead!! 👀@saquon
Stay safe ✌🏾#TheMostVersatile pic.twitter.com/VkWktAJgtk

With a whopping 432.7K followers, Jabrill Peppers is additionally big on motivational tweets. However, that doesn’t mean he doesn’t have a sense of humor, which he certainly does and portrays on the timeline.

Don’t jack my moves either 🤣🤣 https://t.co/M4laGPNVEH

Do y’all really think I play professional football without a mouthpiece in? 🤣

The one hanging is for the look, I have a smaller, clear one that I use if you look closely.

On another note; It wasn’t pretty, but we got the DUB!
One thing about this team.. we are going to fight til the very end!
60 mins of football!

No matter what happens tonight, Thank you all for the love & support!! #GOBIGBLUE

The latter-most tweet was after the Giants’ big Week 17 win over the Cowboys, a victory they needed to potentially win the NFC East division.

Wayne Gallman, who underwent a productive season in the absence of Saquon Barkley, posts official pictures from games throughout the season, such as the following images from wins over the Seahawks and Eagles. 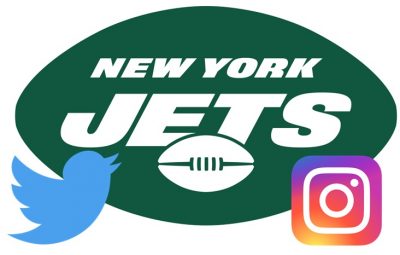 The talented left tackle, who the Jets drafted in the first round last year, definitely tweets a lot, but that doesn’t mean the content isn’t quality. Mekhi Becton comments on viral videos, providing his thoughts to 29.3K followers.

Gang Green’s starting quarterback (for now) recently posted this string of pictures to Instagram, portraying positivity coming off a non-ideal season. Of course, his future with the Jets is currently unclear.

Jets star defensive lineman Quinnen Williams does fantastic work off the field with his own non-profit foundation, which he speaks about in the following Instagram post.