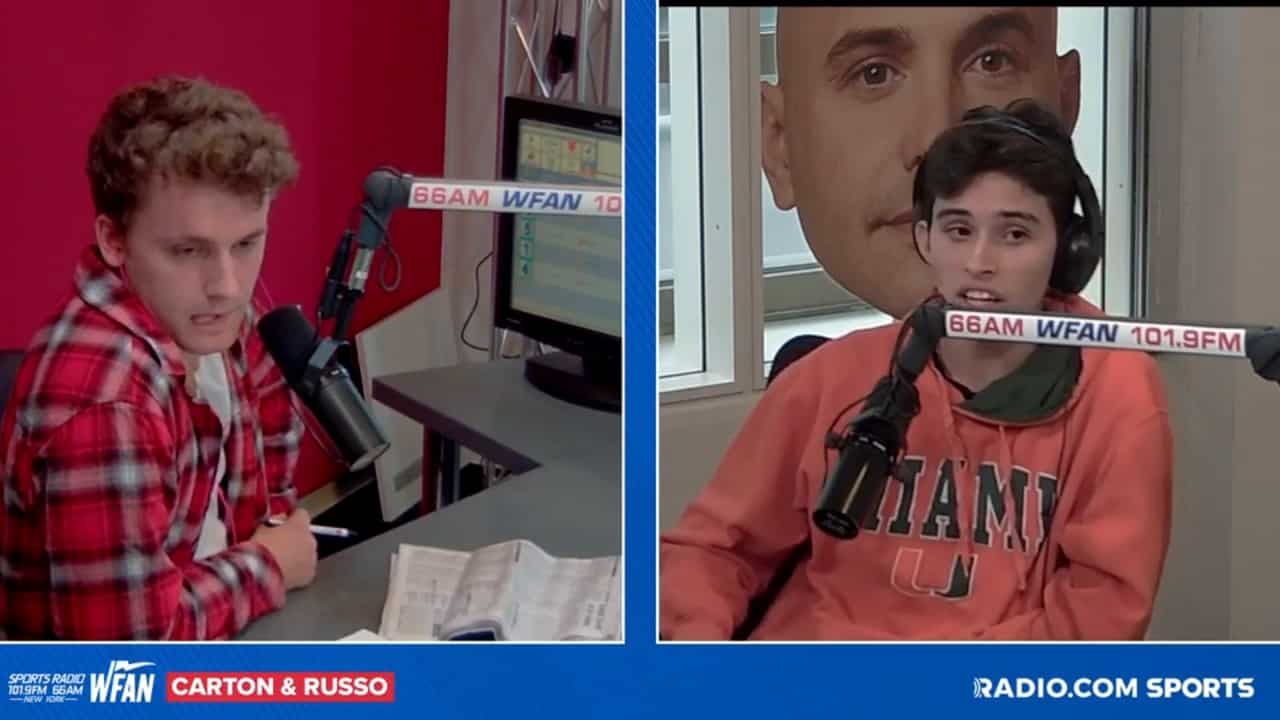 Craig Carton and Chris “Mad Dog” Russo’s sons took over the airwaves on WFAN for an afternoon on Wednesday.

Hearing the names “Carton” and “Russo” isn’t all that strange when you turn the dial to 101.9 WFAN. However, these aren’t the voices of Craig Carton and Chris “Mad Dog” Russo, two longtime pillars of WFAN. Mad Dog brought WFAN into the national spotlight with Mike Francesa and Carton has seen his star rise and fall, and rise yet again with the station.

But on Wednesday afternoon, Colin Russo and Sonny Carton took over the airwaves in a special show. The two sons of the WFAN legends are showing that the apples don’t fall far from the trees. Russo and Carton discussed the state of the quarterbacks in New York.

Giants quarterback Daniel Jones and Sam Darnold of the Jets are two of the hottest topics in New York sports. Carton and Russo broke it down.

“I’ve never been too sold on Jones, but there are people saying ‘Oh Jones isn’t the answer.’ I mean this guy is a first-round pick and has played what, 20-something games? Really? Isn’t that early to go after Jones?” said Russo.

“I’m a little higher up on Darnold than I am on Daniel Jones, but I think he showed you last year when he cannot turn over the ball, he’s a good quarterback,” Carton added on Jones. “He can put points on the board. He has the legs to run — other than when he tripped and fell on his face. I think Jones is promising. At the end of the day, this game is not going to decide the future of Daniel Jones, and this game is going to be interesting.”