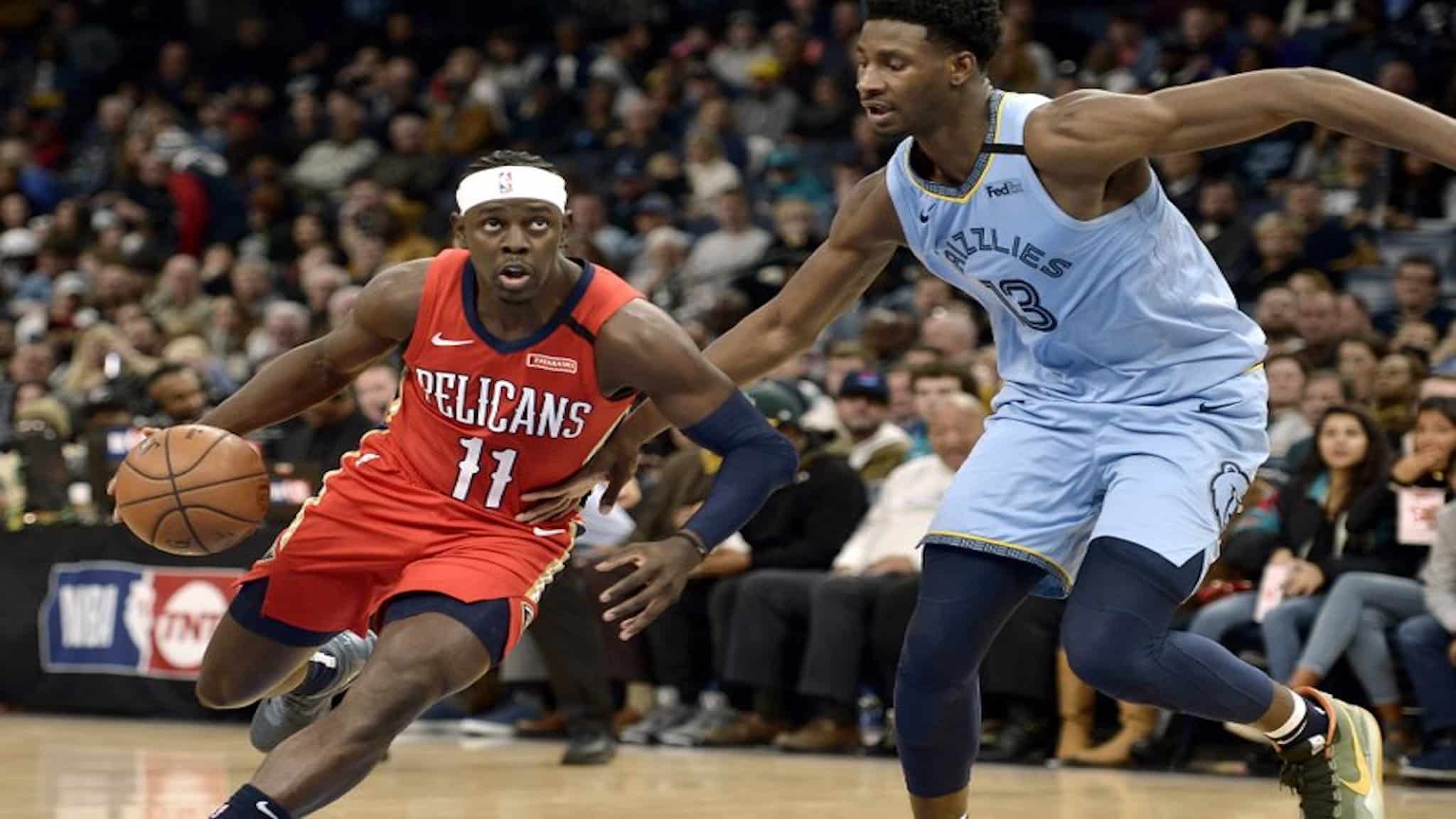 The New York Knicks have plenty of cap space available. Trading for New Orleans Pelicans guard Jrue Holiday would put it to good use.

The New York Knicks need to upgrade their roster, and maybe Jrue Holiday is the answer.

Ian Begley of SNY.tv reported that with potentially over $60 million in cap space, New York was willing to take on “an undesirable contract” in a trade. Holiday is not “undesirable” by any stretch, but he will make over $25 million next season before being able to opt-out of the deal next offseason. Earlier this week, Shams Charania of The Athletic reported the New Orleans Pelicans were “openly discussing” trading Holiday, and “several contending teams” were interested.

Granted, the Knicks aren’t a contending team. Far from it, in fact. New York finished with the NBA’s sixth-worst record in a pandemic-shortened season. On top of that, the team needs to rebuild its reputation before pursuing big-name signings in free agency.

Well, it just so happens the Knicks have more than enough pieces available to make a serious offer for Jrue Holiday. His scoring prowess and athleticism are the boost New York basketball has long needed. He is absolutely the type of player the Knicks could use to finally bring their game into the 21st century.

The New York Knicks need a scoring guard. Plain and simple. Just how Homer Simpson craves doughnuts, the Knicks have craved a guard who can score for years.

Lucky for new team president Leon Rose, Jrue Holiday can score. He isn’t a high-volume guy, a la James Harden of the Houston Rockets, but still significant. The former UCLA product has only averaged 15.9 points per game for his career, yet has upped his output in the last three years. Over that stretch, the former Bruin has averaged 19.7 points, 6.8 assists, and 1.6 steals per game.

Holiday has also shot well since increasing his scoring, making 47.5% of his attempts from the field in the last three years. He isn’t much of a shooter, having shot just 35.4% from three for his career, but makes up for it with a career true shooting percentage (TS%) of 53.8%. Jrue Holiday can also hold his own on defense, though not an elite defender, and has posted 22.9 defensive win shares (DWS) in 11 seasons.

But exciting as Holiday is as a player, he’s a tough fit in New York. Though he can run the point, he has worked more recently as a shooting guard. In fact, it’s why his scoring has increased in the last three seasons. Still, his 6.7 assists per game in 2019-20 ranked third among shooting guards.

That said, though New York will probably draft a scoring point guard later this month, this year’s NBA Draft class is weak. Any prospect Rose drafts will need time to develop. With an already great team leader in Jrue Holiday taking care of the scoring for a year, prospects aren’t under as much pressure to develop.

Plus, the New York offense would suddenly be fun to watch again.

Of course, the Pelicans will want to be properly compensated. It’s easy to say “Trade X player and a draft pick,” but this will be tougher. The 30-year-old Holiday can still play at a high level, and New Orleans executive VP David Griffin won’t let himself be fleeced. Whatever the Knicks’ potential offer is, it has to be significant.

Let’s start with draft capital. The Knicks have two picks in this year’s draft: their own No. 8 selection and the 27th pick acquired from the Los Angeles Clippers in the Marcus Morris trade. Rose and New York general manager Scott Perry likely won’t be trading either of these picks.

Rather, New York could look to move one of the two first-round draft picks they acquired from the Dallas Mavericks in the Kristaps Porzingis trade. As to players, Kevin Knox is someone who comes to mind. Begley reported last year that the Pelicans had “gathered intel” on young wing Kevin Knox as part of a potential trade for Anthony Davis. Yet, Stefan Bondy of The New York Daily News later added New Orleans were “not high” on the former Kentucky product.

But things are different in New Orleans now. Stan Van Gundy was recently hired as the team’s new head coach and could develop Knox into a solid rotational player, maybe more. New York could also add Frank Ntilikina. If his option is picked up, veteran shooter Reggie Bullock could also be included.

Even with these players and one of the Dallas picks, New Orleans will be looking for much more than that. The Knicks will likely have to include a high-value, non-protected pick to even have a chance to trade for Holiday.

For reference, if Holiday is traded to the Brooklyn Nets, the deal would likely be centered around Caris LeVert and Jarrett Allen. Any package that includes those two players blows away anything the Knicks have to offer.

Mind you, none of this is to say Jrue Holiday is the future long-term leader of the New York Knicks. That’s fine. Rose and Perry wouldn’t theoretically pursue him to be the team’s franchise player.

Rather, Holiday is a transitional piece. He’s probably just a one-year rental whose only job would be to guide a young Knicks offense under new coach Tom Thibodeau. If he wants to re-sign with the Knicks next year and is willing to take a non-max contract, maybe he can stay a bit longer.

But for right now, the New York Knicks need to look at Jrue Holiday as a short-term option. He is there for one year to help reestablish New York Knicks basketball as no longer the laughingstock of the NBA. This way, Rose and Perry can look to next year’s free agency class which features big names including Giannis Antetokounmpo. With Holiday’s help, the Knicks can hopefully have a shot at signing this level of superstar.

Holiday is no spring chicken anymore, but can still hang with the best of them. Injuries are a concern, but again. He’d only be in New York for a year. It’s not like the Knicks would be investing five years and tons of money in someone who only averaged 50 games a year.

There is a deal to be made for Jrue Holiday. Now, let’s see New York make it.