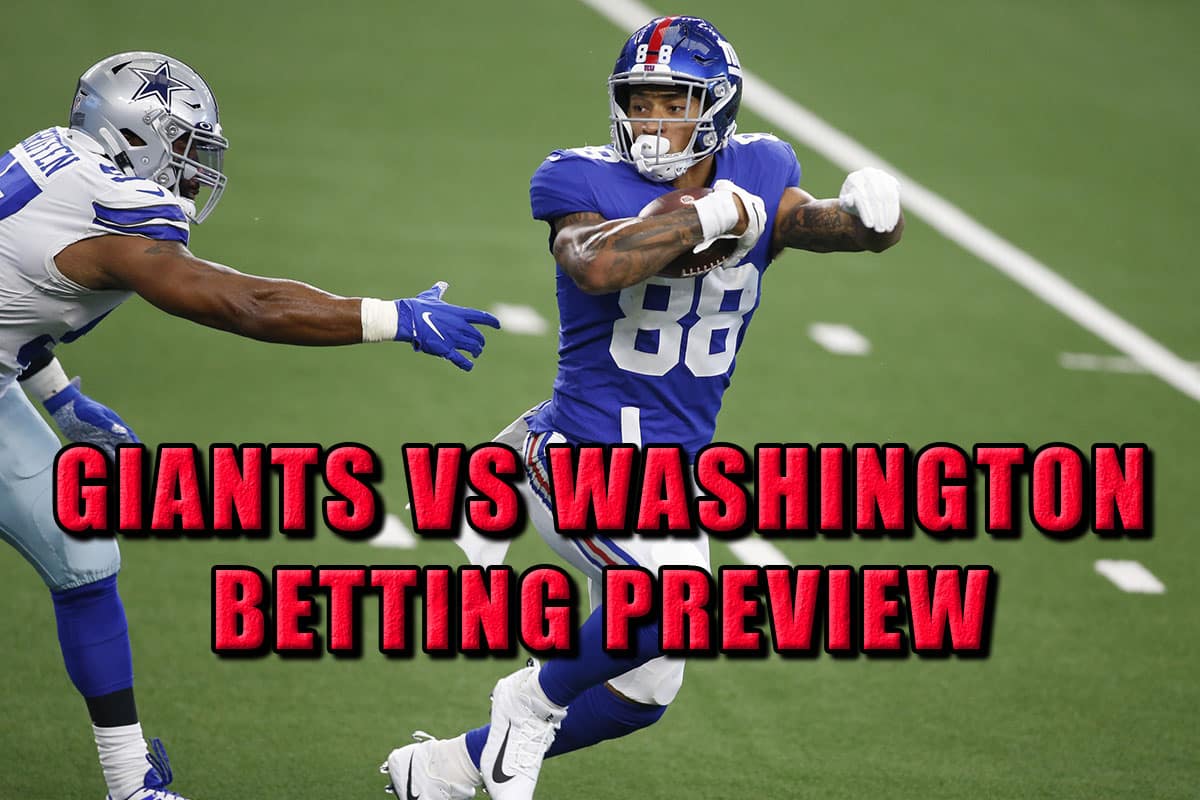 After five weeks of losing, losing, and more losing, the New York Giants could finally notch their first victory of the year this Sunday. Big Blue, per DraftKings Sportsbook, is a 2.5-point favorite over the division-rival Washington Football Team, the one team they’ve had consistent success against in recent memory (the Giants swept the season series last year).

The Giants are back home at MetLife Stadium as well, which will be beneficial for the ballclub despite no fans in the stands due to the lingering COVID-19 pandemic. New York just wrapped up a two-game road trip, with their Week 4 game taking place out West against the Los Angeles Rams and their Week 5 matchup down in Texas against the Dallas Cowboys.

Bettors are on the Giants’ side when it comes to the 2.5-point spread, but not so much on the moneyline (Giants -148, Washington +130), per FanDuel Sportsbook. Nonetheless, I’d lock the Giants in with either bet.

Give Me The Giants to Cover

The Giants offense improved against the Cowboys, and although it still isn’t great whatsoever, I believe the unit will still be able to put up enough points to oust Washington by at least three. This Washington offense isn’t great either and is just above the Giants in the scoring rankings (the Football Team is 30th with 17.8 points per game). Thus, Big Blue’s offense will only need to make a few plays in this game if the defense just steps up and does its part, which the unit has for the most part in 2020.

All in all, the Giants won’t need to do much in order to defeat Washington by at least a field goal, which shouldn’t make it that difficult of a task and, on the contrary, should make this a reasonable bet.

The Giants’ moneyline? Yeah, take that too.

Looking at the Giants’ remaining schedule, which includes games against the Seahawks, Ravens, Browns, Buccaneers, Cardinals, and Eagles (who they haven’t defeated since 2016), if there’s one matchup the Giants emerge victorious in, it’s against Washington at home.

The Giants will enter this game with a chip on their shoulders after starting the year 0-5 and should be motivated to not only get in quarterback Kyle Allen’s head, but also attack the opposing defense through the air, something they haven’t done much of this season.

Expect Daniel Jones to undergo a resurgence after not throwing a touchdown pass for four consecutive weeks and ultimately lead this Giants team to its first victory of the year.

As was mentioned previously, these two offensive units aren’t fantastic. Actually, they’re both near the bottom of the league in scoring. While Washington is 30th in those regards, the Giants are 31st with just 16.2 points per contest. Therefore, expect this game to be a defensive battle.

Both teams are in the top half of the league in total yards allowed per game; similar strengths that should emerge once again on Sunday. If these defenses can step up like they’ve had much of the year, this will be a low-scoring bout (and one that shouldn’t be all too entertaining).

This is it. This is the week. The Giants are going to win. They’re going to cover. And I think they do it in a low scoring game, so give me the under, too.