The New York Yankees and Boston Red Sox always bring the heat. Let’s look at Yankees vs. Red Sox betting odds, picks, and predictions before the long-time rivals meet for the first time in 2020.

Sign up HERE with PointsBet today and take advantage of their deposit matches, MLB homer bonuses, and plenty of NBA promos this weekend.

The Yankees and the Sox are both coming into the Bronx with a little momentum. The Red Sox escaped Citi Field with two wins despite giving the New York Mets ample chances to steal those wins back late. Meanwhile, the Yankees were asserting their dominance over the Baltimore Orioles for the umpteenth time in a row.

New York’s two games in Baltimore on Wednesday and Thursday were their first of the week. Their four-game series scheduled against the Philadelphia Phillies was postponed due to an outbreak of COVID-19 that worked its way into the Philly clubhouse. Such is life in 2020.

Here are the current odds for Yankees and Red Sox on July 31:

The run total is set to 10.5 right now and given the Yankees’ penchant for the long ball, there’s a good chance the over is in play.

Keep in mind, these odds are going to shift in the lead-up to first pitch on Friday.

Before we get to our Yankees vs. Red Sox predictions and picks, let’s take a look at some of the promotions that bettors can snag prior to first pitch.

Chicks dig the long ball and so do bettors. PointsBet is running a “Make It Rain” promotion on all MLB games in July. Place a $50 pre-game moneyline bet on any team and win $10 in free bets for every home run your team hits. The Yankees mash home runs, so this seems like the perfect promo for the pinstripes.

FanDuel Sportsbook offers a $100 day of risk-free betting. They will refund your daily losses up to $100. Of course, you could win, too.

This promotion is only available for Saturday’s game, but it’s worth noting here anyway. Place a $50+ pre-game moneyline wager on either the Yankees or Red Sox and you’ll get $5 for every run your team scores. If you bet on the Yankees and they score five runs, you get $25 in free bets win or lose.

DraftKings Sportsbook is one of the best when it comes to sign-up bonuses. New users can sign up today and get up to $1,000 in free bet bonuses. They’re also offering a +500 NBA bet this weekend.

Now is where we dig into the nitty-gritty of the Yankees and Red Sox with our betting preview and odds, picks, predictions. Friday marks the first of 10 matchups between these bitter rivals.

The Yankees missed Jordan Montgomery in 2019. The crafty lefty had a breakout rookie season in 2018, but Tommy John surgery sidelined him for almost all of last season. Although he won’t have a normal 162-game season to prove his worth, Montgomery has an opportunity to step back into his role as a solid middle-of-the-rotation guy.

That’s not to say that Gumby can’t do more than that, but the Yankees don’t need him to be an ace. That’s Gerrit Cole’s job. Still, the other lefties in the rotation—James Paxton and J.A. Happ—disappointed in each of their season debuts. The Yankees could use a steady lefty to help provide some stability.

Ryan Weber Tries To Bounce Back

Ryan Weber’s season debut could have gone better. The right-hander allowed six runs in 3.2 innings of work in his season debut. That poor performance was part of a loss to the lowly Orioles last weekend.

Weber has a career 5.34 ERA in 43 career MLB appearances, but the Red Sox really don’t have much of a choice right now. The rotation is in shambles in the wake of losing Chris Sale to Tommy John surgery and Eduardo Rodriguez to lasting COVID-19 effects.

More Of The Same On Saturday & Sunday

The theme of this weekend is going to be pitching. The Yankees have Masahiro Tanaka and James Paxton slated to go on Saturday and Sunday, respectively. The Red Sox are going with a bullpen day on Saturday (Zack Godley will open) and they don’t have a probable pitcher listed on Sunday. It could be another bullpen day in that one as well.

Boston simply doesn’t have the pitching depth to get away with one bullpen day, let alone two in a row. But then again, there aren’t many answers in the starting rotation either. Barring an implosion by the Yankee starters this weekend, expect the Bronx Bombers to have the upper hand against the Red Sox.

The Red Sox have a big-league lineup, but their pitching is in shambles. As mentioned earlier, Sale and Rodriguez are out so Boston is going to be forced to rely on Weber for a quality start. Against the red-hot Yankees lineup, that’s going to be a tall order.

With that said, even if Weber manages to stifle the Yankees for long enough to give J.D. Martinez and Rafael Devers time to score some runs, there’s no guarantee that Boston can hold that lead. The Red Sox bullpen is one of the weaker groups in baseball and they were forced to burn two of their better relievers in Brandon Workman and Matt Barnes on consecutive nights to beat the Mets.

The Yankees, on the other hand, have only had two games in the last four days so the bullpen should be rested and ready to go if Montgomery should falter. They are a little banged up without Aroldis Chapman and with Tommy Kahnle potentially injured, but they have far more depth in the pen than most teams could even hope for.

Expect the Yankees to win big or win close. Either way, expect them to win. Take the Yankees moneyline on Friday night.

Sign up HERE with PointsBet today and take advantage of their deposit matches, MLB homer bonuses, and plenty of NBA promos this weekend. 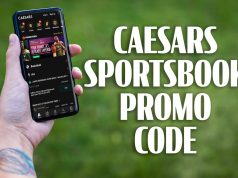