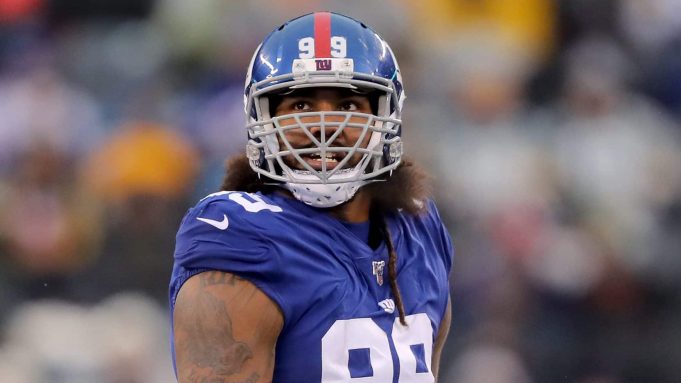 Ryan Honey and Jason Leach both contributed to this report.

Well, it looks like Leonard Williams will officially be staying with the New York Giants in 2020.

The 25-year-old will reportedly sign his franchise tag tender after the team placed on one him last month. Pat Leonard of the New York Daily News reported the news on Wednesday.

Breaking: Leonard Williams is going to sign his franchise tag tender with the #Giants, per source.

Williams was hoping to ink a long-term deal this offseason after his rookie contract expired. The Giants traded for him last October while he was in the final year of his deal.

The franchise tag for a defensive tackle is $16.126 million, but Williams wants to be considered a defensive end, which would be a bit pricier.

Question is whether it will pay him as a DE or DT; Williams thinks he’s the higher-priced DE, Giants think lower-priced DT. Difference is about $1.7 million in price.

According to Dan Duggan of The Athletic, Williams will file a grievance in hopes of earning the defensive end classification.

It’s unclear what the next steps will be for the young player and the organization. The Giants could still sign him to a long-term deal at some point and may have to after giving the New York Jets two draft picks for him. The deadline to re-sign him will be July 15 at 4:00 p.m. ET, or else he’ll be playing the 2020 campaign on the tag.

Many would agree that it was a bad trade on Dave Gettleman‘s part to begin with, due to the fact that you shouldn’t give up multiple picks when you’re a rebuilding franchise. Now, the Giants could either have him play out his one-year tag and then let him go after 2020 or likely give up plenty of cap room in order to keep him in the fold for the long term.

Either way, it was a loss of a deal for the Giants.