The New York Liberty have updated their primary logo for the first time since their 1997 debut, but retained their iconic seafoam identity.

The athlete chosen with the No. 1 pick of the 2020 WNBA Draft will make history in more ways than one.

That lucky player will be the first to bear the new emblem of the New York Liberty. The update comes three days before they choose first in the draft for the first time in franchise history. It marks the first time the Liberty have undergone a makeover since their inception in 1997.

“While this new logo pays homage to our franchise history and the history of New York City, it also nods to our future and modernizes the team’s overall look,” Liberty Chief Operating Officer Keia Clarke said in a team statement. “This new chapter of Liberty basketball in Brooklyn will begin with the roll out of a new visual that energizes and excites our Liberty Loyals.”

This new look simplifies the primary logo down to the hand of the Statue of Liberty holding a torch. The new primary was previously used as an alternate, but has been upgraded with a slight makeover. 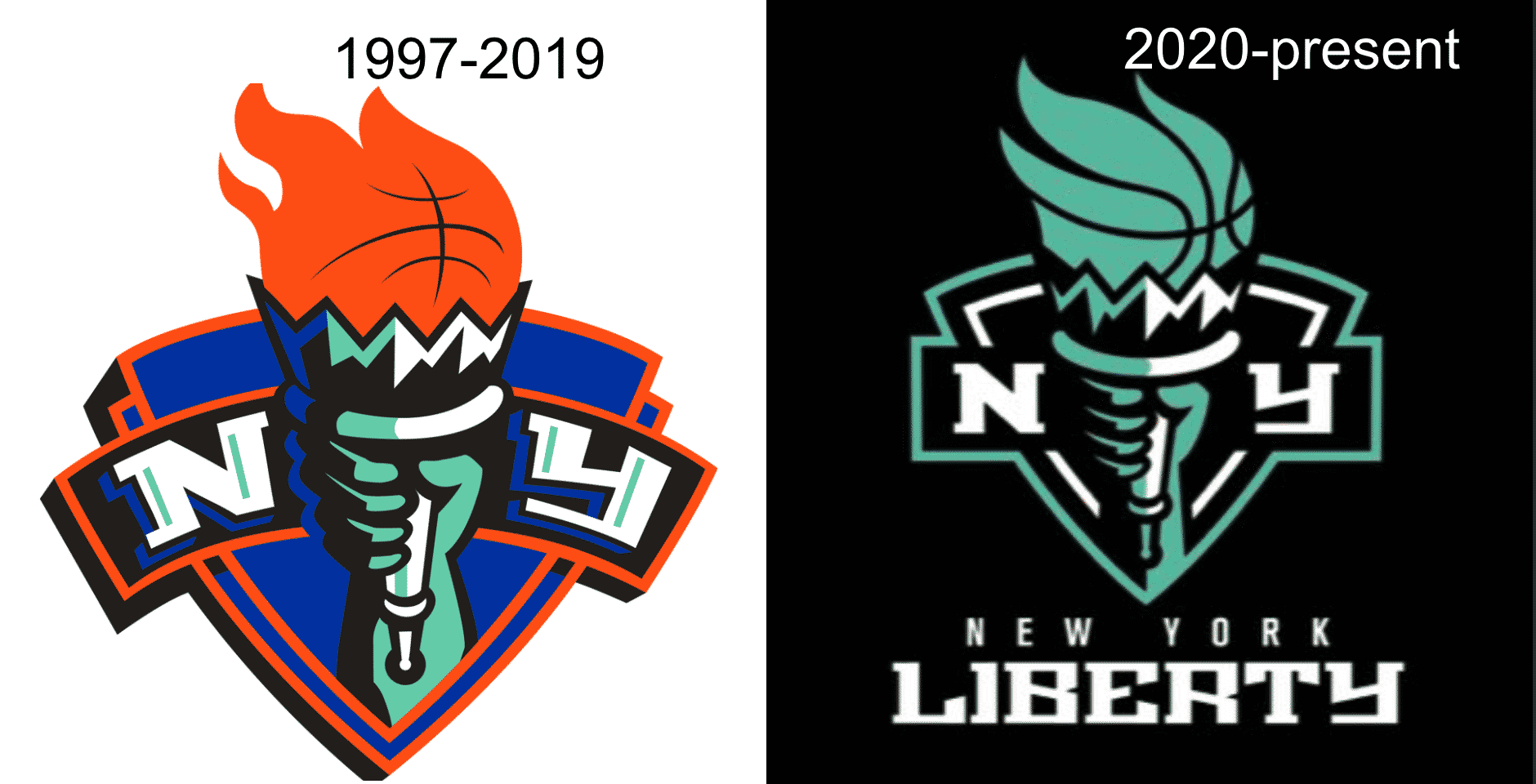 Also of note is the team’s new color scheme. Gone are the colors of orange and blue, pigments often associated with the New York Knicks. Rather, the Liberty have embraced the color black, much like their new Barclays Center co-tenants, the Brooklyn Nets of the NBA.

The Liberty are now under the ownership of Joseph Tsai, who also oversees the Nets, after over two decades under the supervision of the Madison Square Garden Company. They will play their home games in Brooklyn on a full-time basis after playing two games in the borough last season.

“Black and white symbolizes the differences that unite players, fans, and the city,” the team statement reads. “Black and White also solidifies the familial bond between the Brooklyn Nets and New York Liberty.”

The primary color of seafoam green has been retained in the new look. In the team statement, the hue resembles “patina— the color of the Statue of Liberty due to its aging process and copper’s reaction to the elements. Seafoam also represents strength, power, and resilience”.

Merchandise featuring the new logo will go on presale on April 18.

New or updated uniforms will likely be revealed at a later date. The Liberty previously announced that daily fantasy sports provider FanDuel will appear on their jerseys during the 2020 season.

The Liberty were set to open the 2020 WNBA season on May 16 against the Connecticut Sun, but proceedings have been indefinitely delayed by the COVID-19 pandemic. Draft festivities will be held in a virtual setting on Friday night (7 p.m. ET, ESPN).