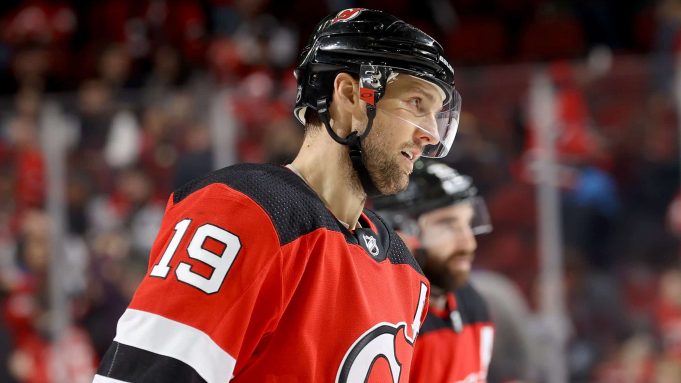 The New Jersey Devils are in selling mode, but one player they will not move on from is center Travis Zajac. Interim general manager Tom Fitzgerald told Devils team reporter Amanda Stein that Zajac is “not going anywhere.”

Fitzgerald’s statement comes a day after an extremely busy Sunday that saw the Devils trade captain Andy Greene to the New York Islanders and center Blake Coleman to the Tampa Bay Lighting. The team also traded Taylor Hall earlier in the season to the Arizona Coyotes.

Zajac, 34, is one of New Jersey’s three alternate captains. He has played in all 58 games this season, scoring six goals with 15 assists for a total of 21 points.

Like Greene, Zajac has been one of the cornerstones of the franchise for over a decade. He was drafted by the team in 2004 and has spent his entire career in New Jersey.

One of his most memorable moments came in Game 6 of the 2012 quarterfinals when he scored a goal in overtime against the Panthers to force a Game 7. The Devils would go onto win the series and eventually reach the Stanley Cup Finals, where they lost to the Los Angeles Kings.

While Greene is on the move, Zajac is staying in New Jersey Red for at least the remainder of the 2019-20 campaign. He will be under contract through the end of the 2020-21 season when his eight-year deal with the team expires.

While Zajac is staying put, the Devils may not be done wheeling and dealing. Players such as defenseman Sami Vatanen and right winger Wayne Simmonds are some other names on the roster who could be wearing a different jersey by next week.