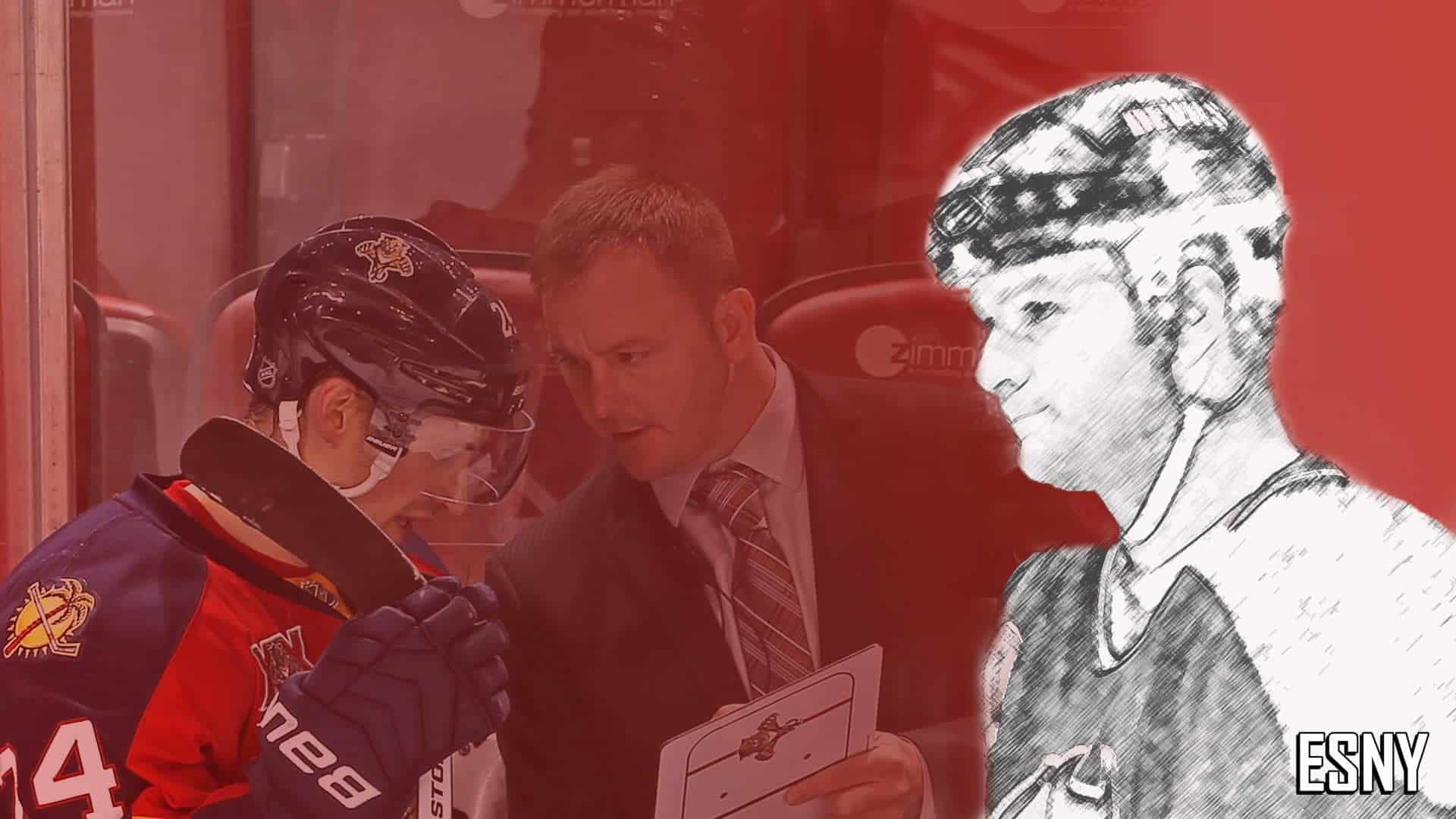 While most New Jersey Devils fans are calling for Scott Stevens to be the next head coach, there’s optimism for John Madden.

Aside from a New Jersey Devils overtime loss to the Dallas Stars on Saturday night, the Prudential Center was in rare form. Spirits were high and the cheers from Jersey’s faithful were the loudest they’ve been all season and in large thanks to the 20th anniversary for the 2000 Stanley Cup team.

The ceremony prior to puck drop exceeded expectations and a number of alumni that returned to Jersey in a Devils sweater received the type of ovations the current roster will arguably never experience at the Rock.

Considering the current state of the team, and the fact that the Ray Shero era ended much sooner than expected, fans are calling for former greats to return to the Devils and rebuild a legacy they helped build during the 1990s and early 2000s. Names such as Stevens, Brodeur and Elias appear in fan groups and chats online in hopes the former Cup winners can lead New Jersey back to the promised land.

Yet those former superstars named above might not be the best fit for the Devils in either a coaching or front-office role. If there was one former Devil that would be the lone exception to coach the team, it’s Madden.

For starters, Madden was a hard-nosed, blue-collar and role type of skater. The Toronto, Ontario native was never an NHL All-Star, first-line or second-line forward. Better yet, No. 11 for Jersey’s team was a reliable center and shutdown forward who was matched up against Hockey Hall of Famers throughout his tenure with the Devils.

His ability to identify various aspects of the game was present during his playing-career (1999-2012) while experiencing successful seasons and playoff appearances with three different organizations.

Let’s not forget he won a third Stanley Cup as a member of the 2009-2010 Chicago Blackhawks.

His perspective and miles logged from his unique hockey career should be valued and would only benefit young skaters such as Nico Hischier and Jack Hughes – the cornerstones — in addition to a skater like Pavel Zacha, too.

Superstars don’t always turn out to be the best coaches – considering the game usually came more natural to them and there’s a chance a former player such as Madden’s caliber would be less one-dimensional behind the bench.

Perhaps there’s a reason Stevens has never officially been a head coach in the NHL, yet; or why Wayne Gretzky didn’t last long with the Coyotes; or why Mario Lemieux isn’t behind the bench either.

After retiring in 2012, Madden has spent more than a handful of seasons behind a professional bench. The 2000-01 Selke Trophy winner was an assistant coach with the Florida Panthers from 2013 until 2016 and then spent time in the American Hockey League with the Cleveland Monsters from 2016-2019.

Those notes aren’t much different than the Devils interim coach, Alain Nasreddine, but Madden’s communication and motivational skills, plus his track record, outweigh Nasreddine’s.

It’s fair to say both of those ventures behind the bench were great exposures that potentially prepared Madden to tackle on a role as a head coach in the NHL.

When push comes to shove, it’s Madden’s mentality and past experiences that separate him from other former Devils in order to be the right candidate for the team’s next head coach.

Let’s face it: Elias or Stevens becoming the next head coach and actually experiencing success would be too good to be true, and what if they experience the same struggles the team has over the past seven to eight years? There’s more pressure and a larger spotlight on those two than there would be on Madden’s shoulders — a player’s number that’s not retired, nor a Hockey Hall of Famer.

When we look at Madden’s situation, there’s a different dynamic in place and one that can only potentially rise in stock.