Polarizing and often controversial WFAN host Mike Francesa may have gone too far by labeling the DeMarcus Cousins ACL injury a “blessing.”

Mike Francesa deploys a well-known, often-executed strategy that’s worked for over three decades on-air. He presents a package that forces the listener to either love him or hate him.

This isn’t a foreign concept; media pundits look to take on the same strategy on a routine basis. For the Sports Pope, however, it’s helped him become a larger-than-life New York sports voice for the ages.

On Friday, Francesa added another controversial take to the bank. In fact, most listeners will agree he probably went too far by labeling the DeMarcus Cousins ACL injury as a “blessing.”

Naturally, the trolls will run wild. They’ll curse out the boisterous WFAN afternoon-drive man to the high heavens and demand for his retirement. Of course, this is exactly what he wants, what he thrives upon, bringing us back to the actual strategy at play.

He wants you to either love him or hate him.

Of course, he meant the injury is a “blessing” for the Lakers as an organization, implying Cousins brings a net-negative to the table. In no way, shape or form is he inferring it’s a blessing for Cousins.

Either way, the average listener understands the intent behind the statement. Did he go too far while not breaking such a polarizing statement down to the degree it deserved? Yes, he did. Such a loaded take needed more time and care.

In the end, Mike Francesa continues to thrive on your undying love or absolute disdain while cursing out his existence. 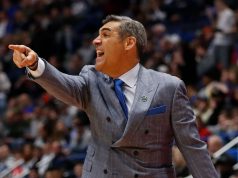