New York Liberty star Tina Charles’ first foray into filmmaking centers on her father Rawlston. The documentary will premiere on May 3.

Tina Charles already has one of the most accomplished resumes in New York sports. The Queens native and current New York Liberty star has been a WNBA All-Star, NCAA champion, and Olympic gold medalist.

This spring, she will add filmmaker to that list.

Charles’ documentary Charlie’s Records is set to premiere on May 3. The film, her directorial debut, centers on her father and his record store and label, known as Charlie’s Calypso City and Charlie’s Records respectively. It will be part of the Tribeca Film Festival, which enters its 18th year, and will screen at the Village East Cinema.

The official synopsis on the Tribeca Film Festival website reads as follows:

Rawlston Charles migrated from Tobago and entered the United States in December 1967. Living in Bedford-Stuyvesant in Brooklyn, NY, Charles had a vision to promote Calypso and Soca music and its artist to the world through his record store, Charlie’s Calypso City, and music label, Charlie’s Records. Charlie’s Records reveals the American Immigrant story of an unsung hero.

Rawlston’s store opened in 1972, five years after his arrival from his native Tobago. He began with a dream to create an accessible hub of Calypso music, an Afro-Carribean style that originated in his homeland. The store, including an upstairs recording studio, continues to operate on Fulton Street in Brooklyn. Mementos from Tina’s basketball career adorns its walls.

Since it’s opening, Charlie’s Calypso City has become a bit of community center, especially amongst the area’s growing Carribean population. The store was the subject of a 2013 article in the New York Times.

Tina reflected on her childhood experiences at the store in a 2014 Slam Magazine article by Roz Gold-Onwude.

“There wasn’t a time at Charlie’s Records where there wasn’t a crowd of five to 15 people just hanging out,” she said. “People are drawn to my dad’s personality. He was always giving. People would come in and ask for things and he would give it to them, whether it was a CD, a record, financially help them, or even food. As much as people loved him, when he was with me he always made it about me, never himself.”

Charlie’s Calypso City is just under a mile and a half walk from Barclays Center, where Tina will partake in two games as a member of the Liberty. The first comes on May 9 in an exhibition against the Chinese national team.

NEXT: The Liberty Welcome Back Tanisha Wright 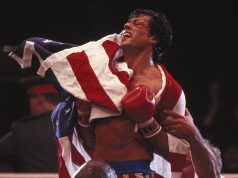