Other than the kid’s ridiculously-filthy talent, Quinnen Williams to the New York Jets in the NFL Draft at No. 3 makes little to no sense.

Makes sense: selecting the most aesthetically pleasing piece from the large, scattered pile before you on the table.

Makes little sense: selecting the most aesthetically pleasing piece from the pile while simultaneously understanding it won’t fit the puzzle.

Makes no sense: selecting the least aesthetically pleasing piece from the pile with absolutely no plausible strategy ahead.

Williams, 21, is one of the rarest of interior studs. Dripping with raw physical talent, Williams amassed 10 sacks and 26 tackles for loss to go along with 91 total tackles in just 24 career collegiate games.

Talent is all that separates the young big fella from the “makes no sense” category. The Jets, as a football organization, simply don’t match.

The initial discussion to be had is an obvious one. Despite recent reports suggesting New York will stick with the 3-4 base despite defensive coordinator Gregg Williams never having placed the designation on paper in his NFL career that spans three decades, I’m not quite buying it. In fact, he’s twice taken teams that played the 3-4 and made the switch.

Contrary to some popular belief, Williams’s current personnel doesn’t necessarily fit the 3-4 nicer. Leonard Williams is a natural 3-technique over a 3-4 defensive end. Darron Lee is a natural WILL (or maybe even MIKE) in favor of the prototypical bigger linebacker who plays the inside linebacker within the 3-4.

Actually, the only player who’d benefit from a 3-4 designation is the impending free agent Henry Anderson. Regardless, if re-signed, he’d play a ton of interior defensive tackle next to Leo in sub packages (and with the NFL featuring the 11 personnel as today’s new base, that means well over 65 percent of playing time even if he doesn’t fit the base 4-3).

The 3-4 or 4-3 question only matters now as it pertains to personnel. In season, Williams will play both (as he’s done throughout his career with packages like the 3-4 Okie). The goal is to make sure the depth chart is covered to run both.

Within the 4-3, forget about it; Quinnen Williams doesn’t fit.

Coming in at 6-foot-4 and a cool 295 pounds, he may actually be lighter than Leonard Williams. We don’t know for sure. If anything, they’re a mirror image of one another in terms of body structure.

He and Leo probably shouldn’t play on the same field together when in the base. Could it work based on sheer talent and dominance? Perhaps. But it makes very little sense in terms of bulk. 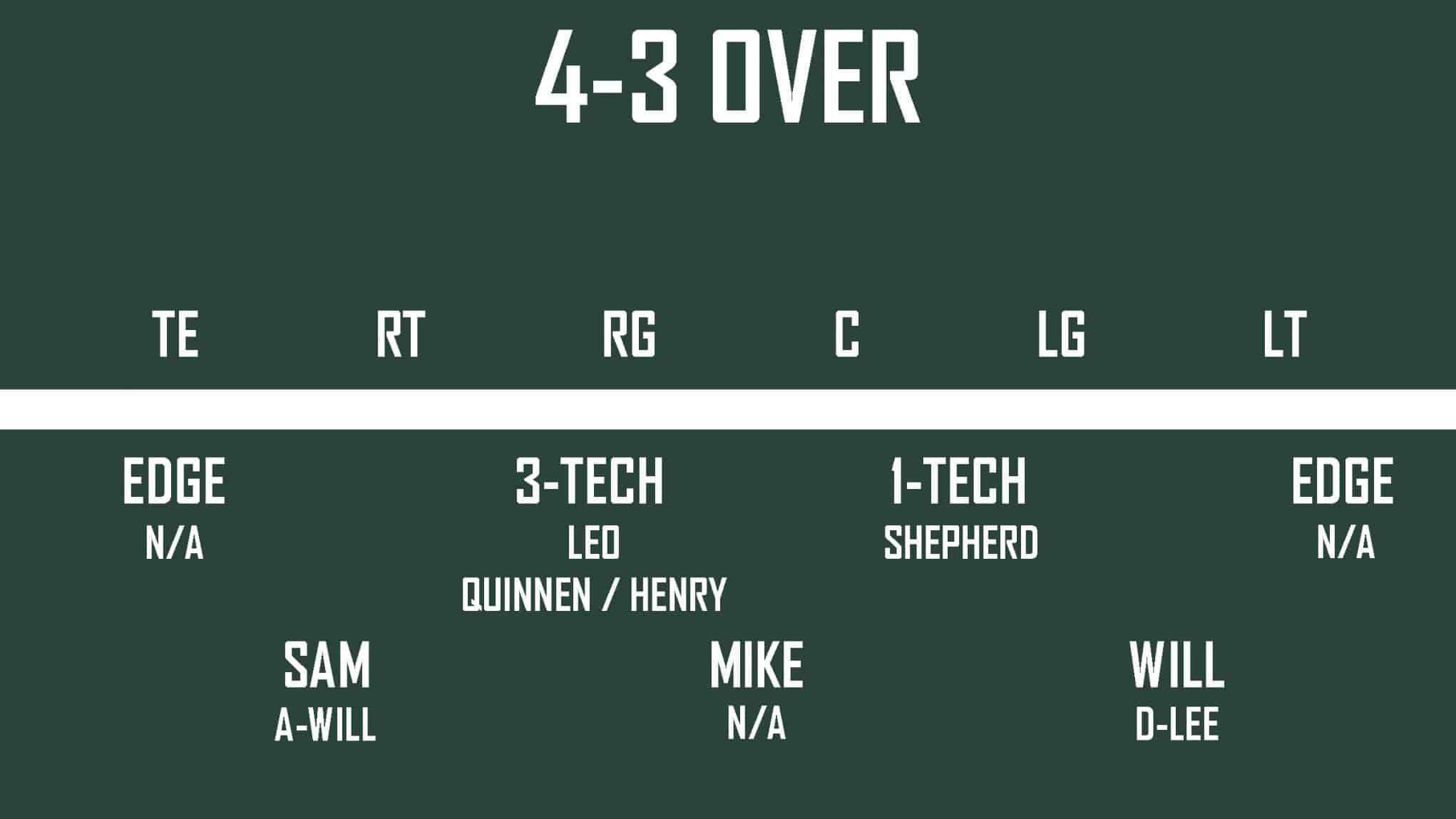 Ideally, the 3-technique defensive tackle is the Leo/Quinnen type. Strong yet agile, he’s generally the star of the interior, the man the defensive coordinator wants to set up. The man’s weight generally falls within the 290-300 pound range.

The 1-technique needs to be the heavier guy, somewhere over the 310-pound mark. Quinnen just doesn’t fit that mold. 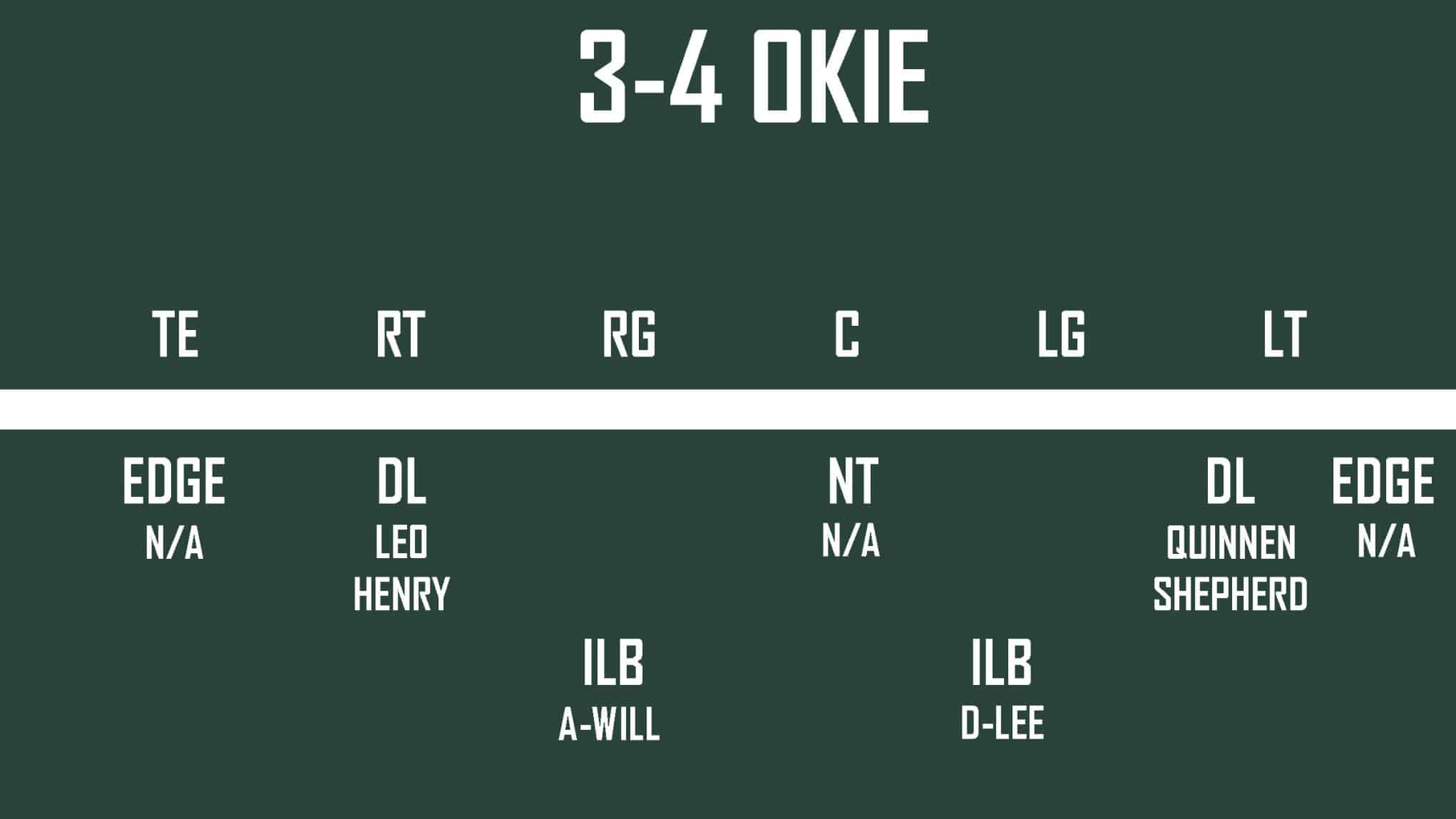 In the 3-4, the rook absolutely fits as Leo’s other half. But what about Henry Anderson? What about the lack of edge and offensive line help? Perhaps free agency cures the outside rushing, perhaps not. Maybe Matt Paradis and/or Mitch Morse can be secured, but there is no solution in terms of a decade-long left tackle young Sam Darnold requires.

What about cornerback? What about that essential third linebacker, a MIKE to run the defense?

There are far too many needs to make Quiennen the choice at No. 3. Mike Maccagnan can’t repeat the Leo choice when Muhammad Wilkerson and Sheldon Richardson were both in-house. Witnessing one or two of them attempt to play the edge was comical at times. “Best available player” is a nice-fitting notion, but piece-placing must enter the forefront at this critical time.

Over 28 total draft picks spanning four seasons, Maccagnan has chosen just two offensive linemen (both in the fifth round, 2015 and 2016). “Best available player” has traveled the Jets down a path that features a terrible unit in front of the franchise face.

At some point, the issue must be forced. Besides, starting up front, in the trenches makes the greatest impact when dealing with raising the production of everybody else on the field.

Naturally, Leo and Quinnen together in pass-rushing situations inside would be flat-out scary. But to not lose an asset (No. 3 pick) in re-signing Henry Anderson for that role has to be the road to travel over Quinnen.

The other consideration revolves around flexibility. Even if the Jets run the 3-4 on paper, Williams will absolutely play the 4-3. Obtaining a 1-technique who can also make the 3-4 nose tackle transition would be ideal. Quinnen could arguably pull it off alongside Leo in the 4-3 base, but has no chance to get it done at the 3-4 NT. That role is reserved for a really big heavy (320-plus pounds).

As per efficiency, overall need, fit and the craving to acquired extra assets in possibly trading down, Quinnen Williams makes little sense to the New York Jets at No. 3 in the 2019 NFL Draft.

Man, the kid is nasty. Not even the greatest Auburn fan could dispute it. It’s understandable that dreams of the highest degree have fans visualizing the kid and Leo tearing it up along the interior for years to come.

He’s just not the right choice at this particular time.