Darron Lee on the weak side (WILL). Avery Williamson on the strong side (SAM) or, perhaps, as the middle linebacker (MIKE). This exact scenario all with a stake in the New York Jets organization and/or fandom believe will come to fruition under fiery defensive coordinator Gregg Williams.

Lee, 24, comes in at an unhealthy (for an NFL backer) 218 pounds. Moving him away from one of the two inside linebacker 3-4 spots is a great move independent of what follows. Within the 3-4, the two inside second-level attackers are forced to shed more blocks than the MIKE generally witnesses in the 4-3.

Other than a keen eye on edge dominance, the MIKE is the man who flourishes within the 4-3. He’s the leader. He’s the sideline-to-sideline missile that propels itself from every direction. He does this due to his trench-playing defensive tackles that eat up blockers in a more succinct fashion than the 3-4.

Moreover, Williams, while not an old-fashioned Cover 2 play-caller, does love himself the Cover 2 Buc at times. The MIKE will routinely be asked to snag incredible depth in certain zone looks. So much so that he essentially becomes the third safety.

The notion equates to an overwhelming need for an excellent, agile cover backer at the MIKE.

Upon further review, be careful about these assumptions. Perhaps D-Lee won’t play the WILL after all.

The one thing I’m nearly positive about is that Williams doesn’t want Williamson as the MIKE. He’s simply not agile enough in coverage to play certain ways. This doesn’t necessarily mean he won’t start the 2019 season at the spot. If that third starting linebacker isn’t snagged during the offseason, it may be forced upon him.

What it does mean is the perfect situation lies with Lee as the WILL and Williamson as the SAM, allowing one to take a seat when the subpackage shows face.

That perfect MIKE is essential.

In the perfect New York Jets offseason blueprint that excludes Le’Veon Bell, by the way (sorry, folks, it makes no sense), the organization selects Buffalo’s Khalil Hodge with one of its two third-round selections.

Whether it’s Hodge or not—the NFL Combine will reveal much more of his story in conjunction of where he fits at this level—one of those two spots may turn out as crucial in finding the next defensive leader. (Yes, Jamal Adams is the spirit animal, leader, but it’s always the MIKE with the radio piece.)

What if that perfect MIKE isn’t hired? Now things are becoming wildly interesting.

In such a scenario, Darron Lee may just represent the next MIKE in Avery Williamson’s stead.

Think about it. Sure, Lee is undersized. Actually, that’s an understatement. When setting your eyes on the man in the locker room independent of complete facial recognition, he’s nearly smaller than Jamal Adams.

The area Lee’s attributes shine most is sideline-to-sideline speed. The area he’s mostly hurt is the shed-blocking business. In the 4-3, far less block-shedding is required while he can man down the fort in pass coverage far greater than Williamson could dare dream. 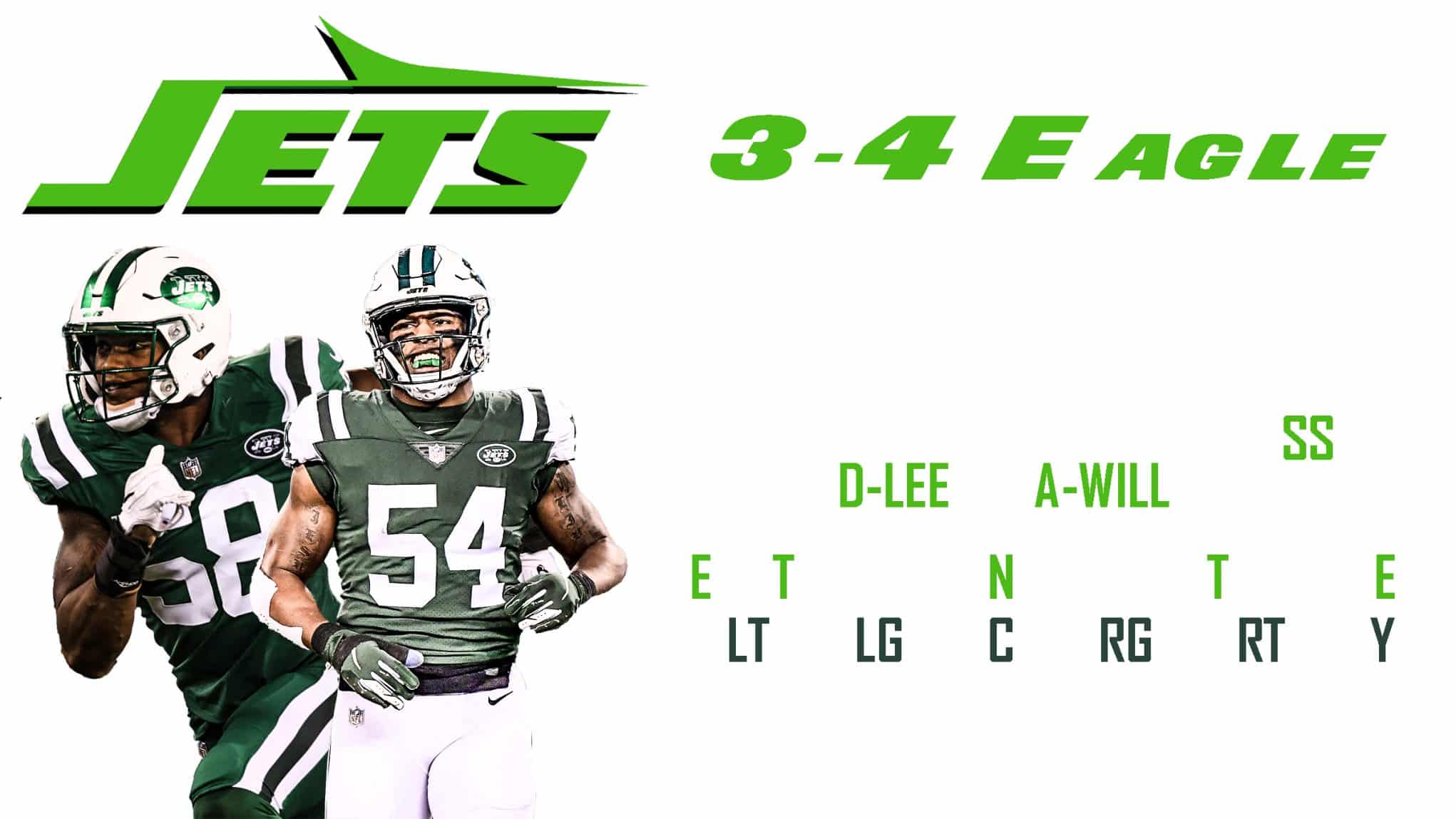 Above is the 3-4 Eagle alignment. Notice the space along the interior. It places pressure on the two inside backers to take on and shed blocks while run-filling to the best of their ability.

Generally, it’s why 3-4 inside linebackers are usually much heavier than of the 4-3 variety.

Of course, there is a wide range of variations. The 3-4 Okie showcases as similar but wider look than the Eagle while the 3-4 Under pinches in a bit in an unbalanced look with the purpose to free up one of the two inside backers to make a play. The under is more in-line with the 4-3 (more 3-technique options available).

The moral of the 3-4 story is that the interior is much more available for the interior of the O-line to get to the second level. 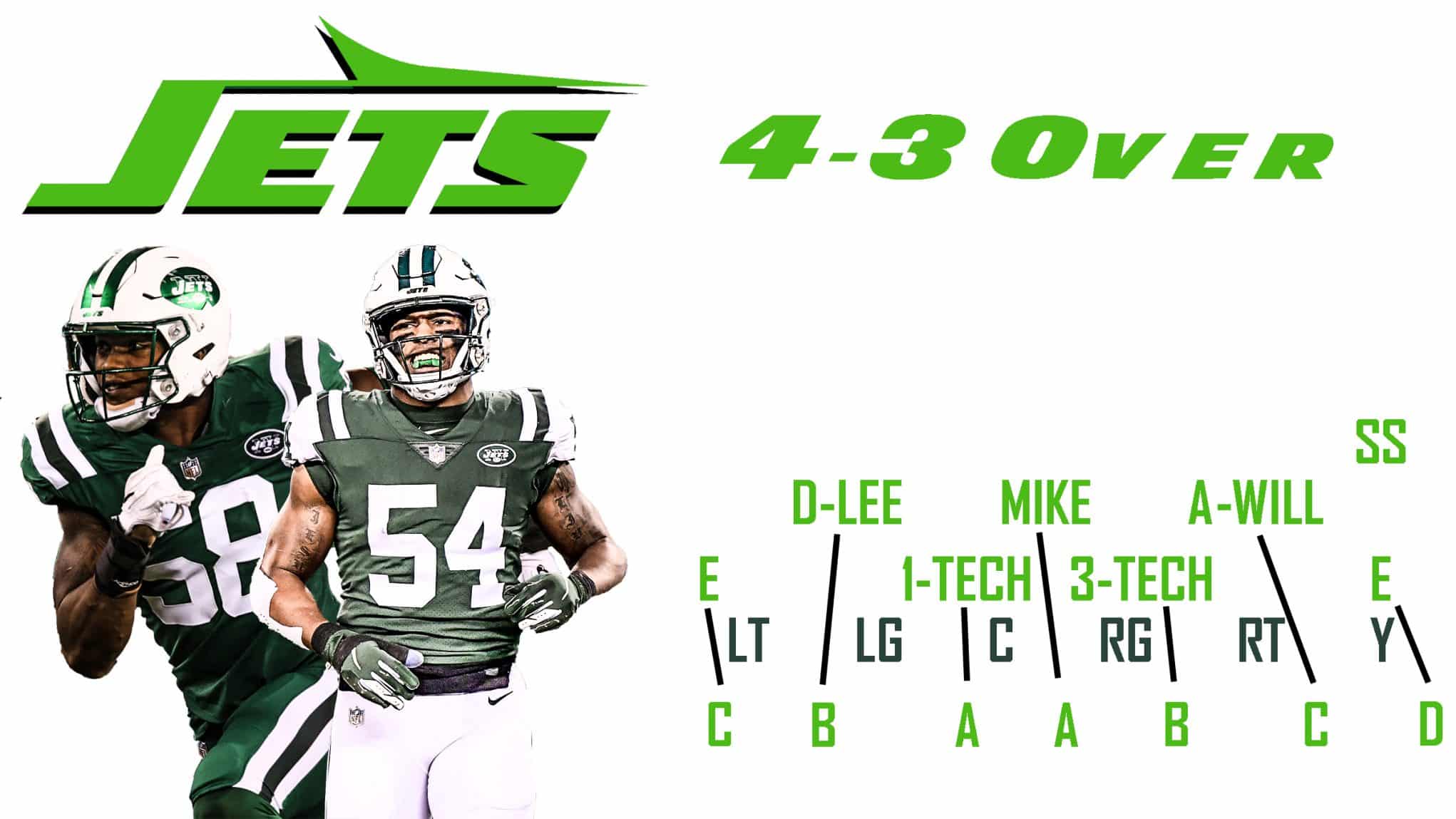 Within any of the 4-3 variations, the MIKE becomes a much more available defender.

The 4-3 Over features a solid 1 and 3-technique that gobbles up the interior of the offensive line. The 2000 Baltimore Ravens worked this logic to perfection. Big boys Sam Adams and Tony Siragusa were, quite literally, Ray Lewis‘s human shield. They ate up everything in front, allowing arguably the greatest true second-level linebacker in NFL history to dominant (no, Lawrence Taylor doesn’t qualify as an edge defender).

The other consideration comes when understanding the 3-4 Under. This variation forces the SAM to drop down to the line of scrimmage on the strong side, thus pinching in the 3-technique and bigger defensive tackle further to the weak side. This is Avery Williamson. He fits that role to perfection.

In the end, there’s no question that Darron Lee fits the WILL best. Of the three slots, he’s most naturally suited up as the WILL.

That’s a perfect scenario, though.

If Mike Maccagnan cannot find the right MIKE for Gregg Williams, don’t be surprised if Darron Lee is chosen over Avery Williamson as that middle defender. It makes more sense due to the need for speed within coverage while torpedoing around from sideline-to-sideline.

NEXT: Jets Offseason Plan B If Free Agency Edge Strikes Out

Jets’ Robert Saleh does not commit to Zach Wilson as QB

This is definitely not the QB comparison Jets’ Zach Wilson wants