As the tri-state area celebrates the Fourth of July, we look back on some of the New York Jets and Giants’ biggest moments on fourth down. 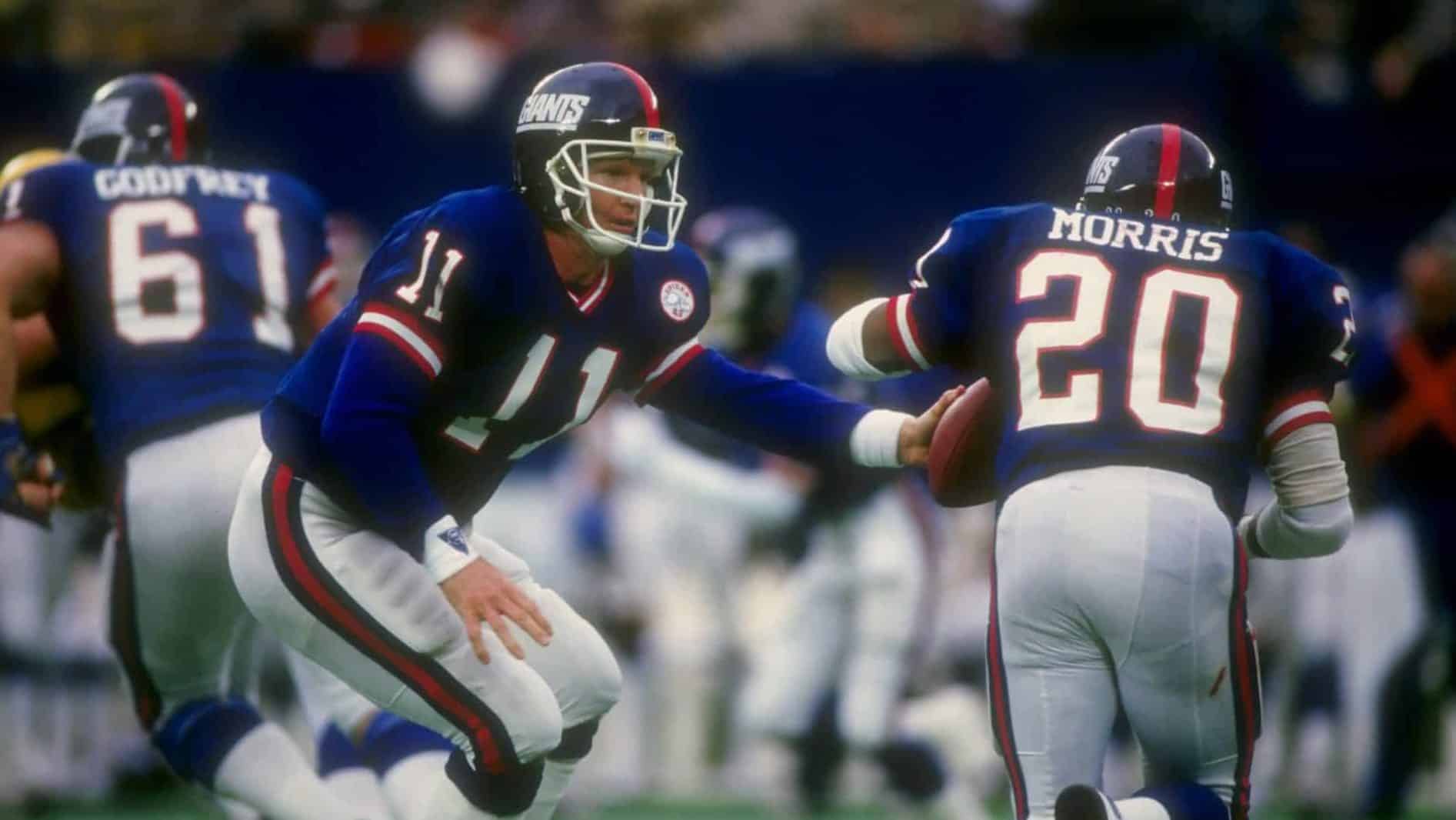 Squaring off against a strong Minnesota Vikings team, the 1986-87 Giants were at a bit of a crossroads, sitting at 8-2, but down by one to the 6-4 Vikings.

With just over a minute to go, the Giants faced a dire 4th and 17, and their three-game winning streak was in jeopardy. A Phil Simms lob, however, landed in the hands of Bobby Johnson who kept both feet in bounds for to get the Giants in Minnesota territory. The conversion set the tone for the game’s final minute, as the Giants eventually inserted Raul Allegre in for a 33-yard field goal, completing a 22-20 victory.

Many analysts saw the game as the turning point of the Giants season, as they would go on to sweep their remaining slate, capped off by a 39-20 win over Denver to secure the team’s first Super Bowl title.

Fullback is a dying position in today’s NFL, but the Jets enjoyed some strong play from Richie Anderson at the position at the turn of the century. Anderson played a huge part in the Jets’ famous Monday Night Miracle against the Miami Dolphins, as he was the Jets’ top receiver with 12 grabs for 109 yards.

Anderson spent 11 seasons with the Jets, and he concluded the 2000 seasons with an astonishing 88 receptions, outpacing big name receivers like Isaac Bruce, Torry Holt, Randy Moss, and Keyshawn Johnson.

There are so many memorable plays from the Giants’ improbable win over the undefeated New England Patriots in Super Bowl 42. Thus, it’s understandable if some plays get lost in the mix, like Brandon Jacobs’ short fourth-down conversion that kept the Giants’ iconic final drive alive.

Needing one yard on their own 37-yard line, Jacobs punched it up the middle to keep the drive alive. Ty Warren tripped him up to limit the yardage to two, but the goal was attained.

Few predicted that a Week 15 showdown between the Jets and Steelers would be an AFC Championship Game preview, but a 22-17 green victory was perhaps the Jets’ official warning that they’d be a threat come January.

Pittsburgh had several chances to pull away in front of a freezing home crowd, but a seven-yard touchdown run by Mark Sanchez on a fourth down gave the Jets the momentum they’d need to secure the win. It seems ludicrous to think now, but the Sanchez era was actually one of hope, and the wet, cold victory in Steel City was one of its final glimpses.

The Jets-Patriots rivalry has been very one-sided since Mo Lewis’ fateful hit on Drew Bledsoe formally introduced Tom Brady to the NFL scene. But for one magical night, the Jets silenced New England with a 28-21 win in the AFC Divisional Playoffs.

The win was defined by a hard-nosed Jets defensive effort, with the game changing tides when with a fourth down stop.

Down 7-3 in the first half’s penultimate minute, the Patriots tried some old-fashioned New England trickery with a fake punt just outside of their own 40. Personal protector Patrick Chung bobbled the snap, and the Jets defense quickly pounced, stopping him for a loss of four.

On a quick offensive drive, Sanchez put the Jets up by two possessions with a 15-yard six-pointer to Braylon Edwards, en route to the Jets’ 28-21 victory.

The Giants reached the 2012 NFL playoffs by securing a Week 17 victory over the Dallas Cowboys that gave them the NFC East title. That entitled them to a home playoff game, but few gave them a shot against a strong Atlanta Falcons team with a powerful offense.

Scoreless after one, the Falcons opened the second quarter with fourth and inches on the brink of the red zone. An attempted sneak by Ryan, however, was stifled by the Giants rush, preserving the blank slate.

Atlanta would fail to return to that area in any meaningful portion for the rest of the game, and the Giants took home a 24-2 win, their first postseason step on their way to their fourth Super Bowl victory and second over New England.

The most recent regular season meeting between the Giants and Jets was indirectly decided by a critical fourth down.

Facing a six-yard obstacle and a 20-13 deficit in the dying stages of the fourth, Ryan Fitzpatrick took matters into his own hands, breaking loose for a 15-yard run that brought the Jets to the cusp of the red zone. Two plays later, Fitzpatrick found favorite target and future Giant Brandon Marshall for the game-tying score, and the Jets would prevail in overtime.

The Jets wouldn’t be able to capitalize on the late-season momentum, as heartbreak awaited them in the season’s final week in Buffalo, but the area’s football bragging rights were painted green with that win.

Odell Beckham Jr. capped off his career yardage day in the best way possible. With the Giants facing not just fourth down, but a 23-20 deficit to the Baltimore Ravens. With a yard to go, Beckham picked the final 66 yards of a 222-yard day on a slant that went for six, breaking away from pursuing Ravens defenders to give the Giants their final 27-23 margin.

Beckham capped the day off with an engagement, officially making amends with the kicking net he toppled in frustration weeks earlier against Washington.

NEXT: 7 Most Beloved Players In New York Jets History